Excitement came to Carmel-by-the-Sea today, as streets were closed off and a long convoy of Highway Patrol Officers rolled down Ocean Avenue on their BMW motorcycles leading a motorcade carrying Vice President Joe Biden in the second decorated limousine.  Vice President Biden was scheduled to speak at a fundraiser for President Barack Obama’s re-election campaign.  Tickets to this sold out event ranged from $100 to $15,000.


Last week, a large Air Force C-17 parked on the Monterey Peninsula Airport tarmac.  This plane carried the Secret Service agents who would spend the next few days preparing for the vice presidents appearance, quite a daunting task.


As we waited with others at the corner of Mission & 8th (the leaked entrance route) we considered the huge undertaking and responsibility that the Secret Service, California Highway Patrol, and Carmel Police Department had in order to coordinate a one hour visit for Vice President Biden to visit Carmel.


Air Force Two landed at the Monterey Peninsula Airport Tuesday evening and the vice president went by motorcade to the Hyatt Regency Monterey.  Wednesday morning his motorcade brought him down Highway One (all overpasses, on and off ramps were cleared in front and behind the convoy).  As the motorcade turned right onto Ocean Avenue, the CHP motorcycles ran ahead and blocked each entrance to Ocean Avenue all the way down to Mission. As the motorcade turned left on to Mission the Carmel Police Officers blocking all entrance to Mission Street behind the Sunset Center yelled, “Do not enter the street, they will be going 40 miles an hour and they will not stop for you.” We obeyed their command.
Before Vice President Biden's arrival we witnessed a few protesters. 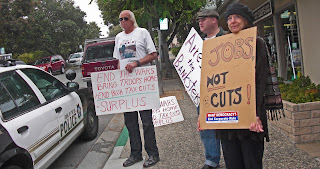 Many dogs and their families. 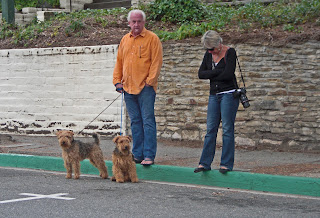 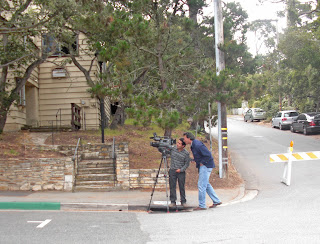 Channel 8 out of Salinas and Jon Chown of the Monterey Bay News & Views (left). 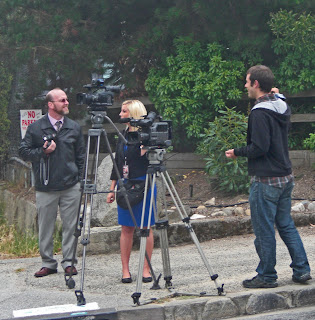 Bomb sniffing dogs and their handlers. 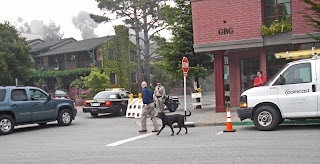 Mom's bringing their daughter's to a dress rehearsal for this weekend's dance recital. 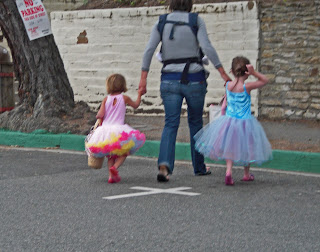 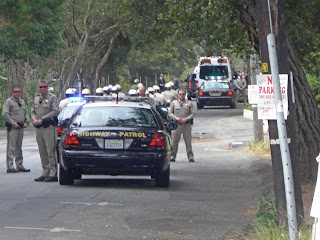 And finally a glimpse of Vice President Biden in the second decorated limousine.


Enough excitement for one day.  In all seriousness in order for the vice president to visit this sleepy community, nothing was left to chance.  For this we are truly thankful.  Thank you to the Secret Service of the United States of America, the California Highway Patrol, and the Carmel Police Department.  You all did a great job in such a friendly manner.
Labels: Vice President Joe Biden