Hike to the Portola Crespi Cross 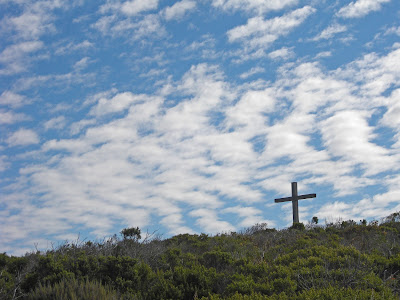 The Portola Crespi Cross can be reached by two different hikes; one from the Carmel River State Beach at the intersection of Scenic and Carmelo in Carmel-by-the-Sea, the other by following Highway 1 south to Ribera Road in Carmel Meadows. 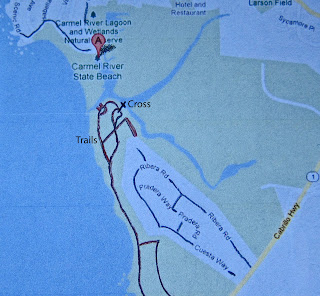 History
﻿
In order to understand the signifcance of this cross we have to go back to 1796 when Jose de Galvez, Visitador-General of New Spain selected a fourfold expedition to travel by land and sea from La Paz to Monterey.  ﻿ 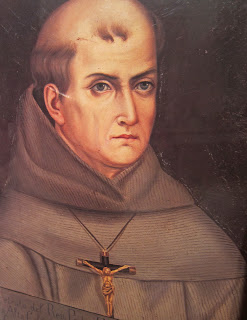 As the ships, the San Carlos and San Antonio prepared to sail, the land divisions set out.  The first in late March of 1769 under Captain Rivera y Moncada and Fr. Juan Crespi. The second on May 15 under the command of Captain Gasper de Portola and Fr. Junipero Serra.

On July 1, 1769, the last of the four expeditions, Portola and Fr. Serra arrived in San Diego.  They found a camp of scurvy-ridden men from the San Carlos and San Antonio.  This discovery necessitated a change in plans. Those who were well enough to stand and board the San Antonio would sail back to La Paz and Fr. Serra and the expedition's surgeon, Pedro Prat, would stay in San Diego to care for the gravely ill. The remaining 64 would continue overland on July 14th with Portola and Fr. Crespi. 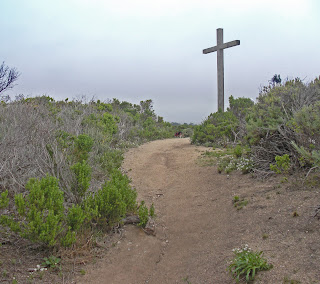 By October the overland expedition had passed unknowingly by Monterey Bay failing to recognize the area as described by Vizcaino in 1602.  They continued all the way to San Francisco Bay before turning south and retracing their steps to two small bays withing five miles of each other.  In December 1769, they erected two wooden signal crosses, one by each bay.  Buried underneath was an account of the expedition in case someone came upon the crosses. 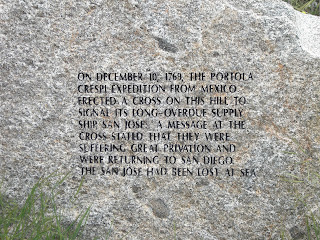 Portola and Fr. Crespi returned to San Diego by January 24, 1770, finding the settlement in a far worse condition then when they had left six months earlier.  But now they were convinced that where they had left the two wooden signal crosses was indeed Monterey Bay described by Viscano.

On March 19th,  the final day of a Novena to Saint Joseph, the San Antonio arrived in San Diego with the provisions necessary for Fr. Serra and Portola to make their way back to Monterey.

On Easter Sunday 1770, the San Antonio set sail for Monterey with Fr. Serra and Miguel Constanso.  Portola and Fr. Crespi went overland 460 miles and arrived at the bay of Carmel River ahead of the San Antonio.  It is here that Fr. Crespi found the cross he had erected near the bay on the bluff above the river.  Surrounding the cross were gifts of food and arrows. 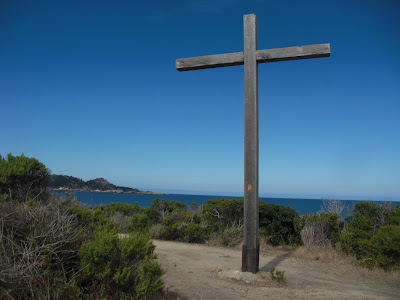 Fr. Crespi recorded in his diary of this occasion:  "When the neophytes spoke Spanish well enough to be understood, they on various occasions explained that the first time they saw our men they noticed that every one wore on his breast a small glittering cross; that when the Spaniards had gone away and left this large cross on the shore, they dreaded to approach the sacred sign because at night they would see it surrounded by brilliant rays which would even dispel the darkness; that the cross appeared to grow larger so as to reach the skies; that in the daytime, when it stood in its natural size without the rays, they would approach it and offer meat, fishes and mussels in order to enlist its favor, lest it should harm them, and that, when to their amazement they saw that the cross did not consume those things, they would offer their plumes and arrows in token of their desire to be at peace with the people who planted it there." (1)

This hike, about one mile round trip, is fairly level except for a small climb to reach the actual cross.  During this winter and early spring when the mouth of the Carmel River connects with the salt waters of Carmel Bay this trail is not recommended. 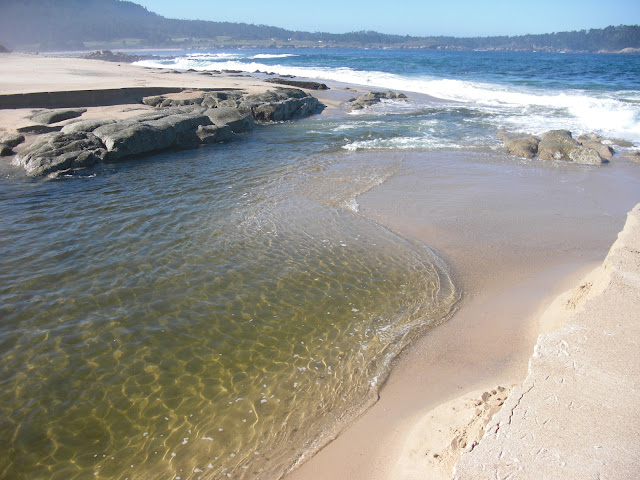 The rip-tides on the beach side are very dangerous.  When the water covers the sand bar use the hike from Carmel Meadows described later. 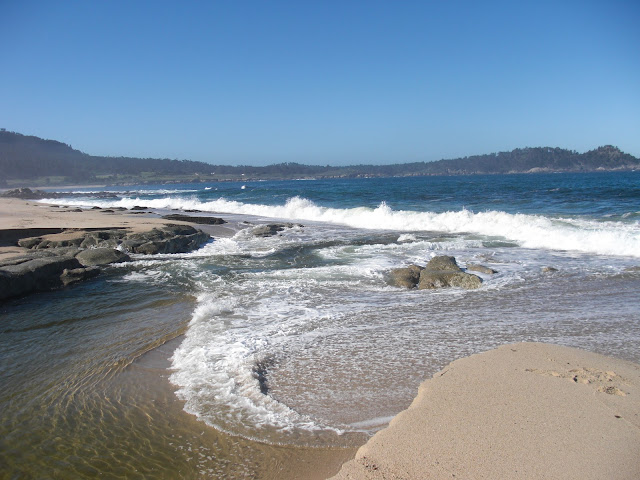 Before leaving the parking lot, stop to read the information boards on the Carmel River Lagoon, wetlands, and wildlife.  Pay special attention to the caution regarding staying in the "safety zone" and away from the "danger zone," the steep beach face and dangerous rip-tides. 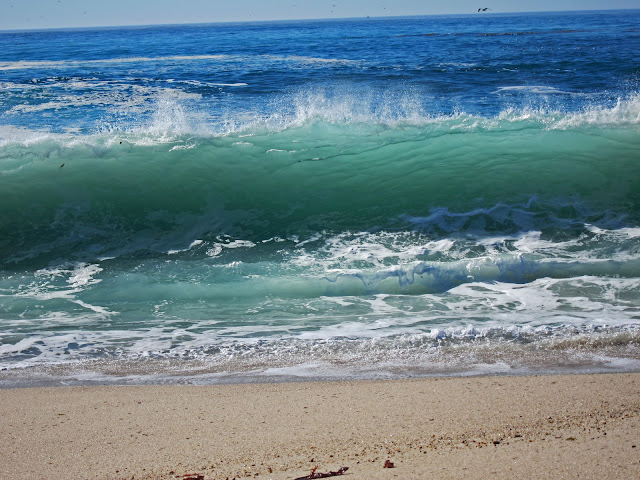 Look across the sand and river where it reaches for the sea, in the distance on top of the bluff is your destination, the Portola-Crespi Cross.

Depending on the time of year this view will be different. In the winter and early spring, the Carmel River flows through the sand to the bay (see picture above).  From the late spring to fall a sandbar interrupts the river's flow to the Carmel Bay (see picture below).

To reach the cross from the Carmel State Beach side you have the added attraction of the Wetlands Natural Preserve, a protected sanctuary for migrating birds, shorebirds and ducks such as the dabbling Mallard and his mate,

the American Coot which nests in this freshwater habitat, 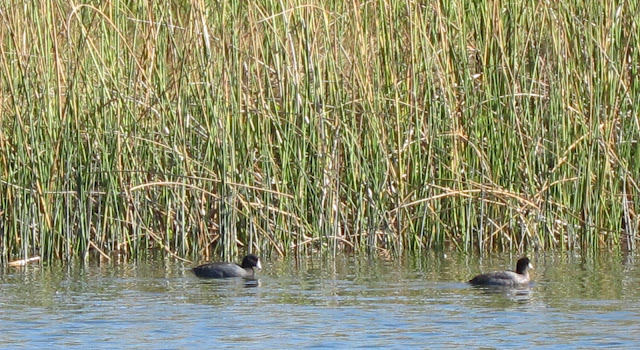 the striking Snowy Egret and possibly a Willet, 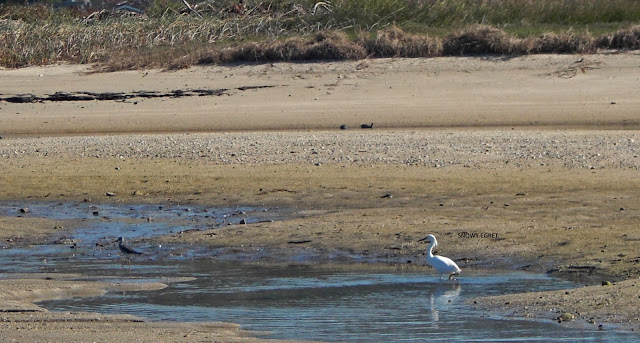 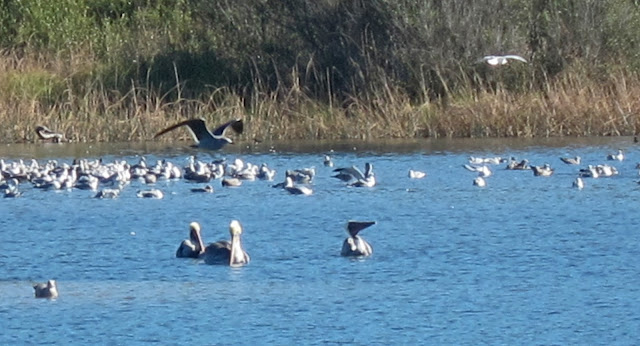 and the tiny but swift moving Snowy Plover. 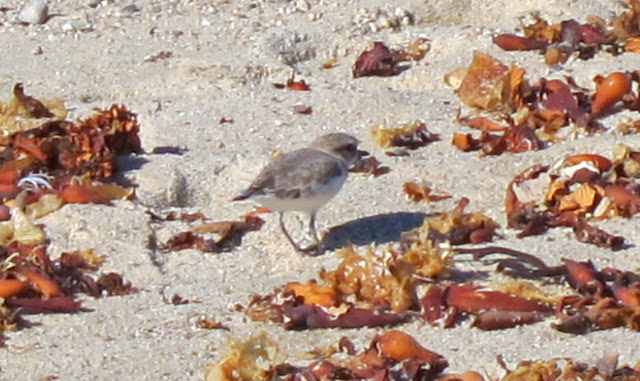 Walk across the sand of the Carmel River State Beach the estuary (seasonal lagoon) to your left, 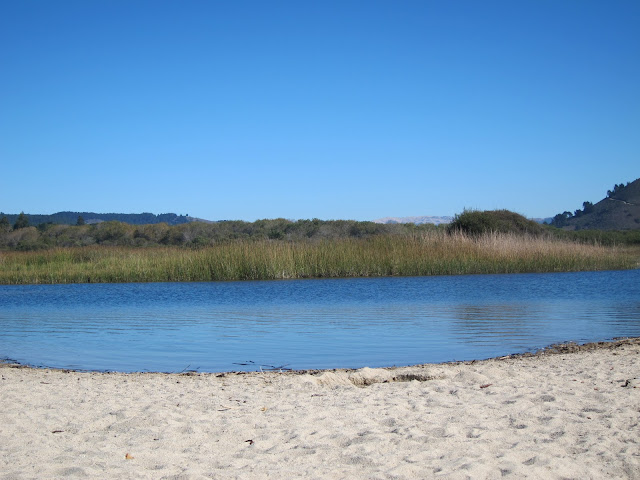 with the marsh beyond and the waves of Carmel Bay to your right - careful not to upset the gulls... 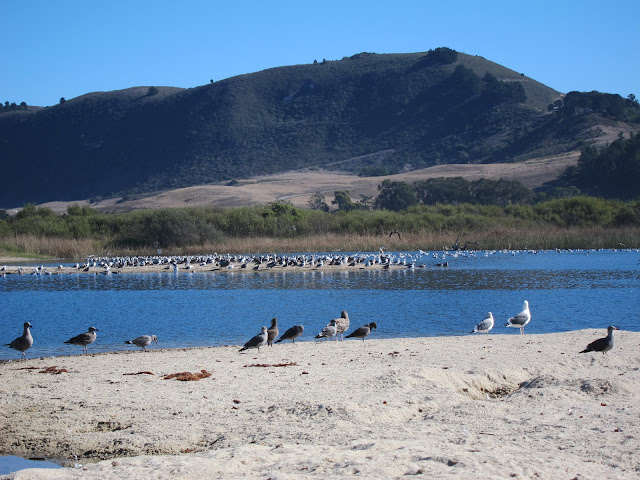 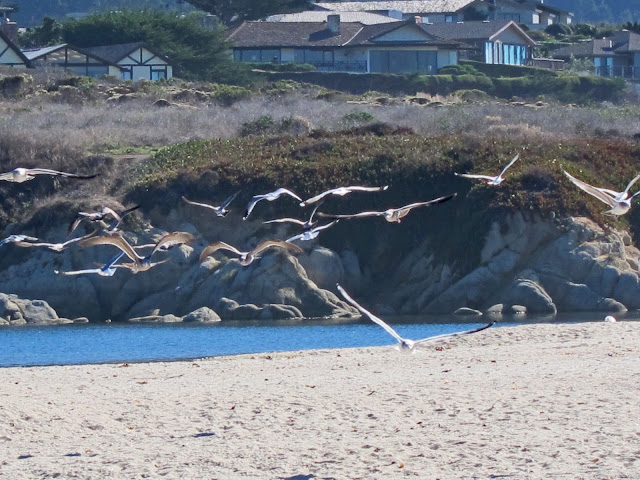 At the southern end of the Carmel River State Beach stairs ascend to the top of the bluff.

The trail will wrap to the left and come to an "intersection" where continuing straight will take you to the rocks over Middle Beach.

Or turn right at the rock marker and continue on up the hill to the cross. 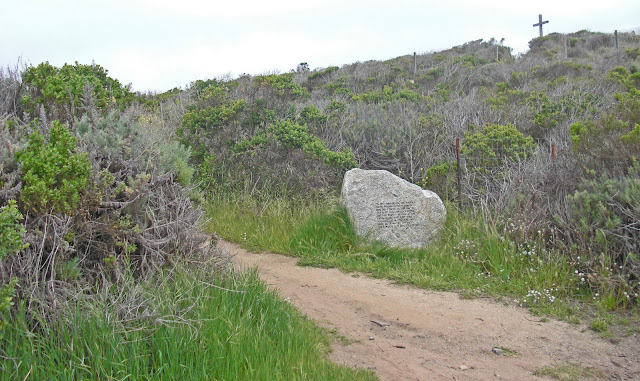 Whichever way you arrive at the end of this hike, before returning from whence you came, take in your surroundings at the top of this bluff. You are standing at the sight of the signal cross placed in 1769 by Captain Portola and Father Crespi. 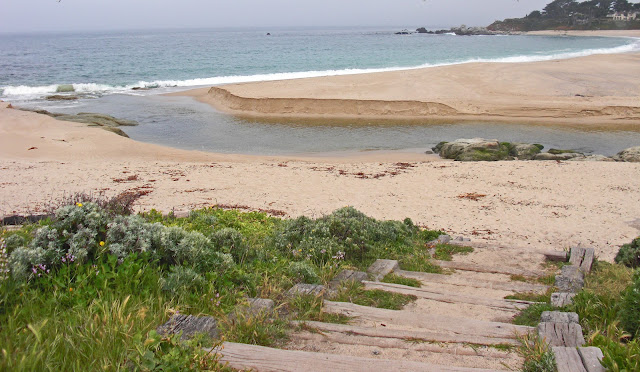 ...and south to the jagged rocky shore of Point Lobos. 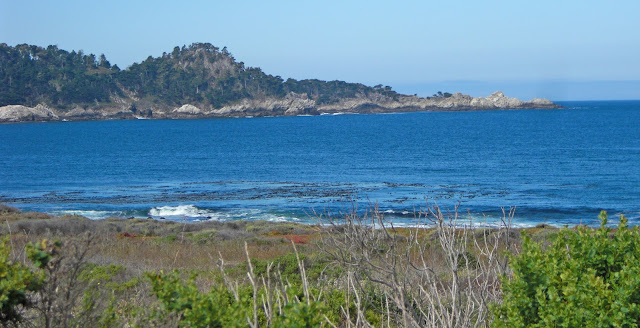