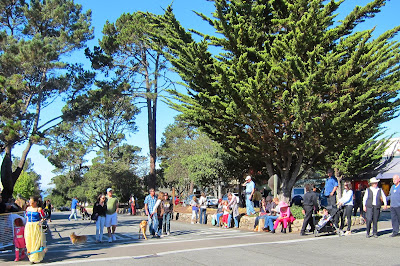 "On October 31, 1916, a majority of the residents of a small community overlooking Carmel Bay on the Coast of Central California, voted to combine their destines by becoming the City of Carmel-by-the-Sea... 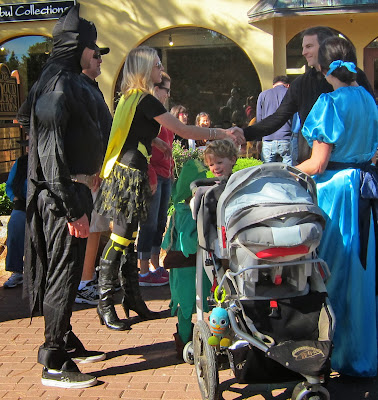 ...The desire for incorporation
was far from unanimous... 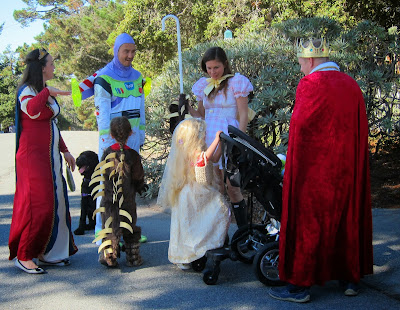 ...but the proposal carried... 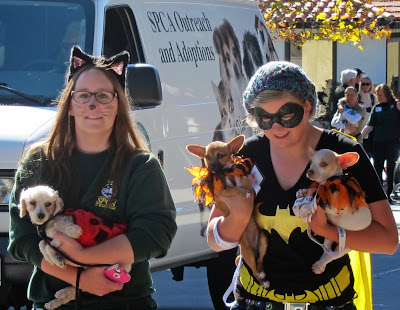 ...and since that time this scant square mile of wooded coast line, has been known for its beauty, informality, arts and crafts, cultural interests, and individuality."  (Herbert B. Blanks Former Mayor Carmel-by-the-Sea 1964 - 1966) 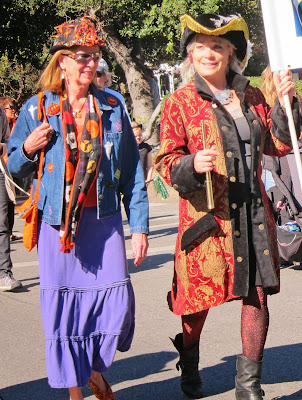 Former Mayor Blanks made this proclamation 50 years after incorporation, and nearly 50 years later, Carmel continues to be known for its beauty, informality, arts and crafts, cultural interests and individuality - something that is especially evident at the annual Halloween Parade Birthday Celebration. 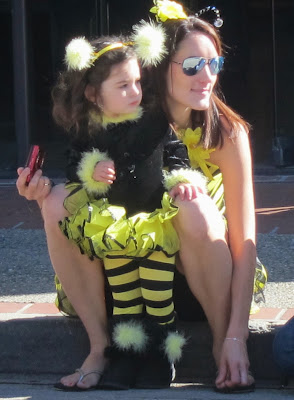 The community comes out
to line the avenues. 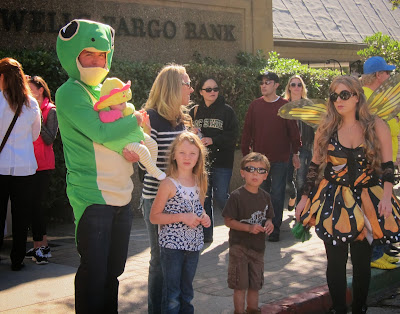 They bring their children 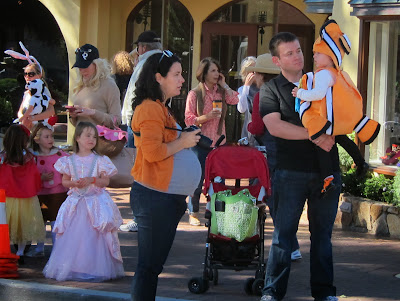 and of course their pets. 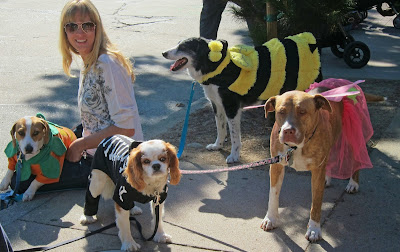 Officer Meroney starts us off, 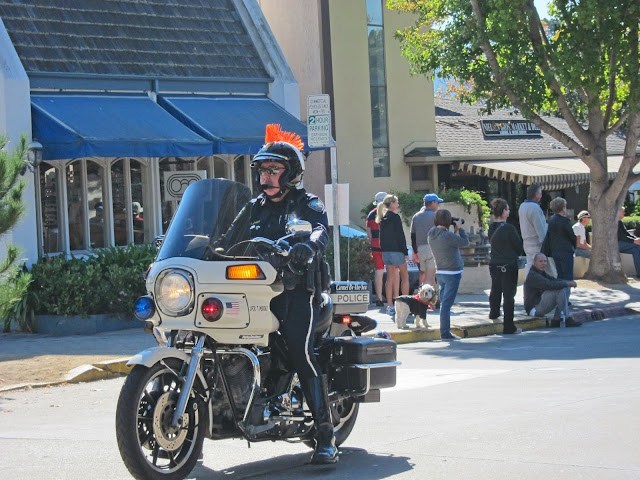 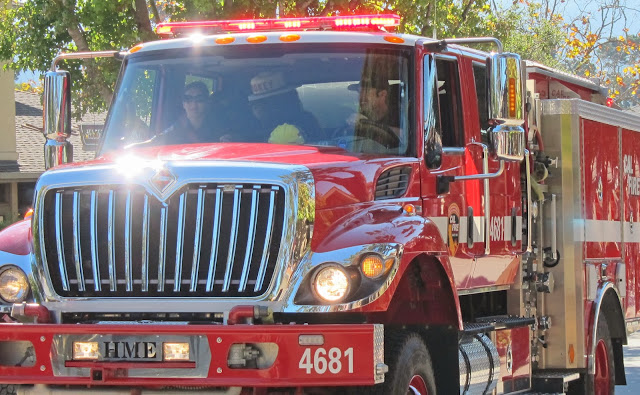 with special guest appearance by Smokey the Bear. 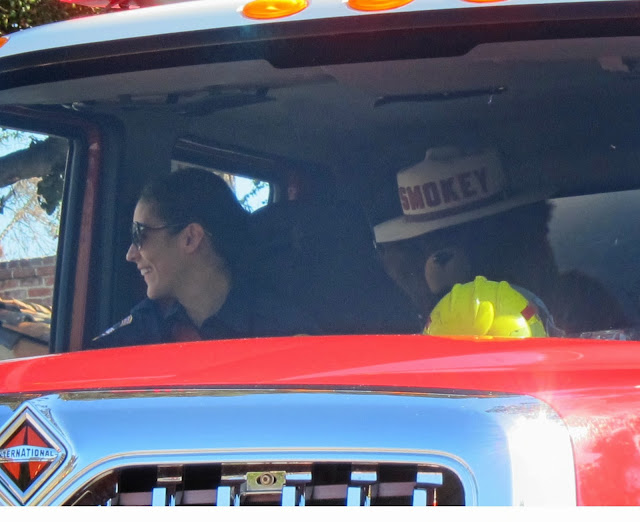 Classic cars with current Mayor Burnett
and family were followed by 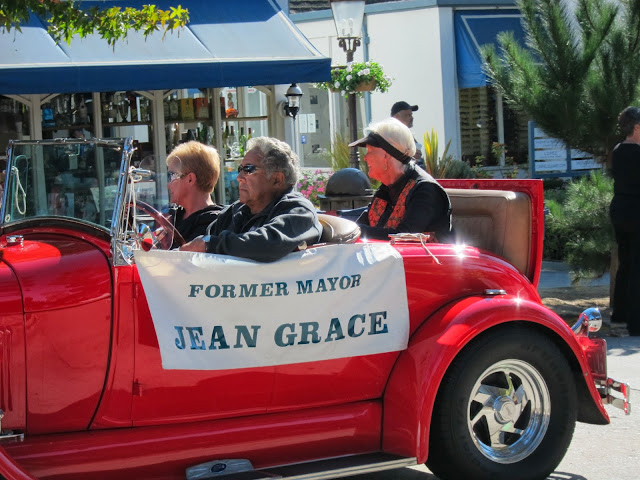 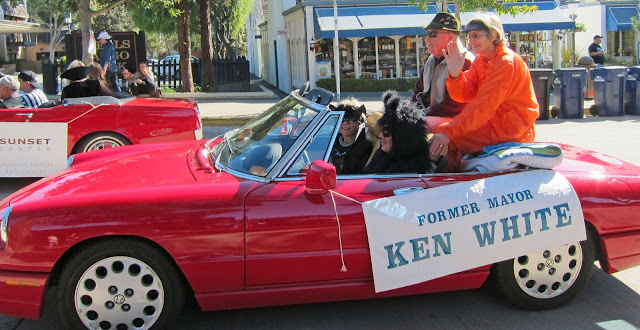 Once the dignitaries pass the crowd joins in the parade 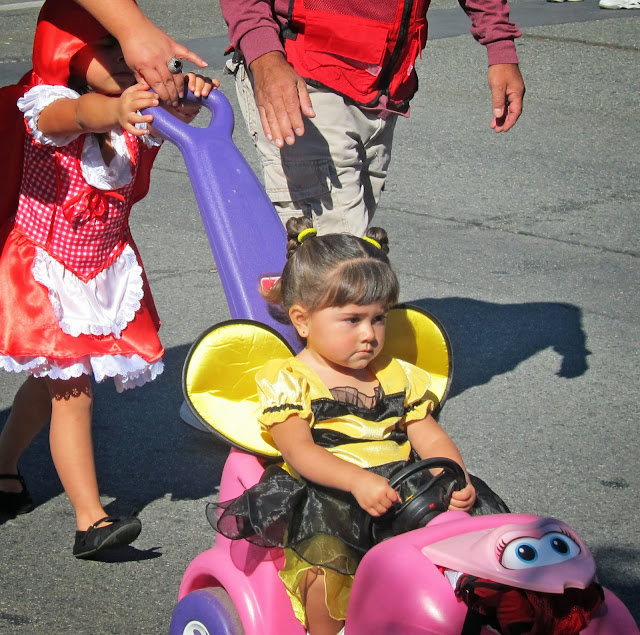 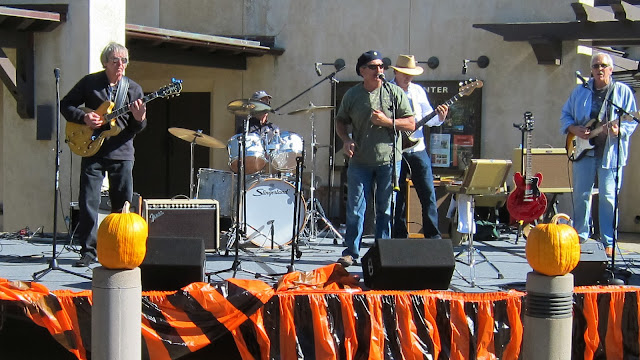 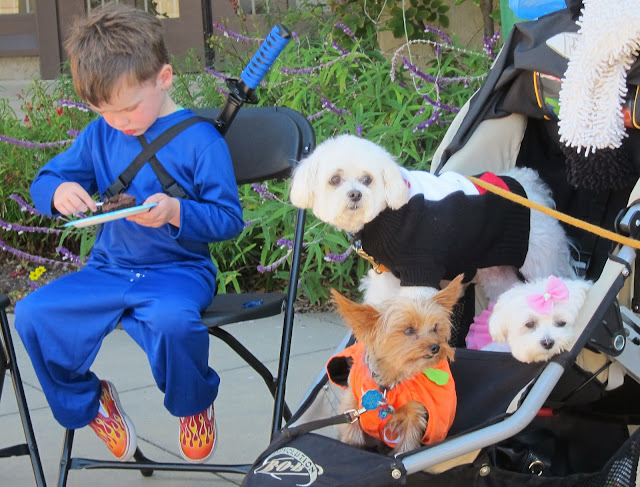