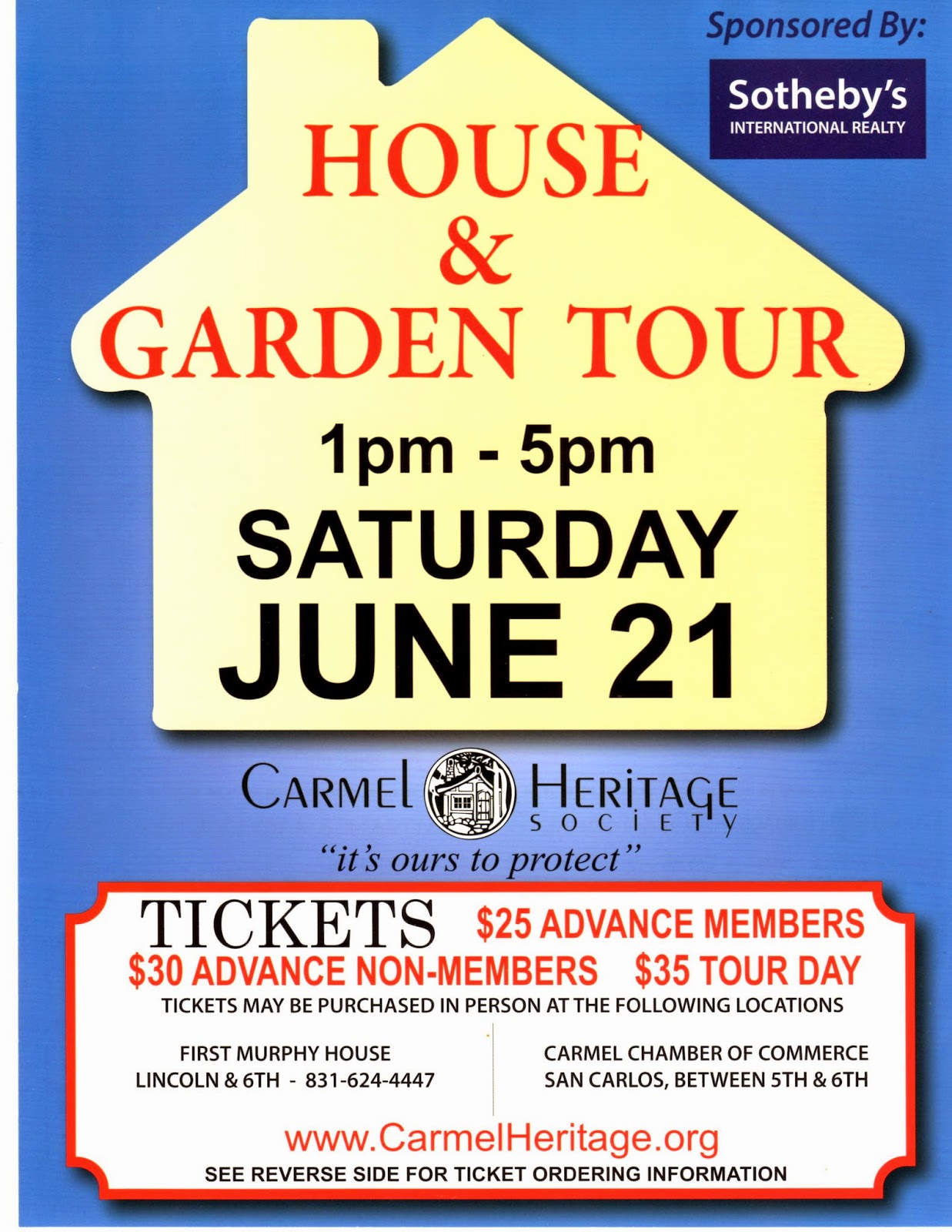 Door House
Forge In The Forest

In 1906 Frank Devendorf of the Carmel Development Company was busy meeting the needs of his clients by building homes on the lots he was selling in Carmel. To meet demand for building supplies, Mr. Devendorf arraigned for dismantled houses to be shipped from San Francisco to Monterey. These houses could then be quickly reassembled on lots in Carmel.

One shipment from San Francisco contained only doors from Victorian houses that had been destroyed in the 1906 Earthquake.  What happened next may prove that age old adage "necessity is the mother of invention." 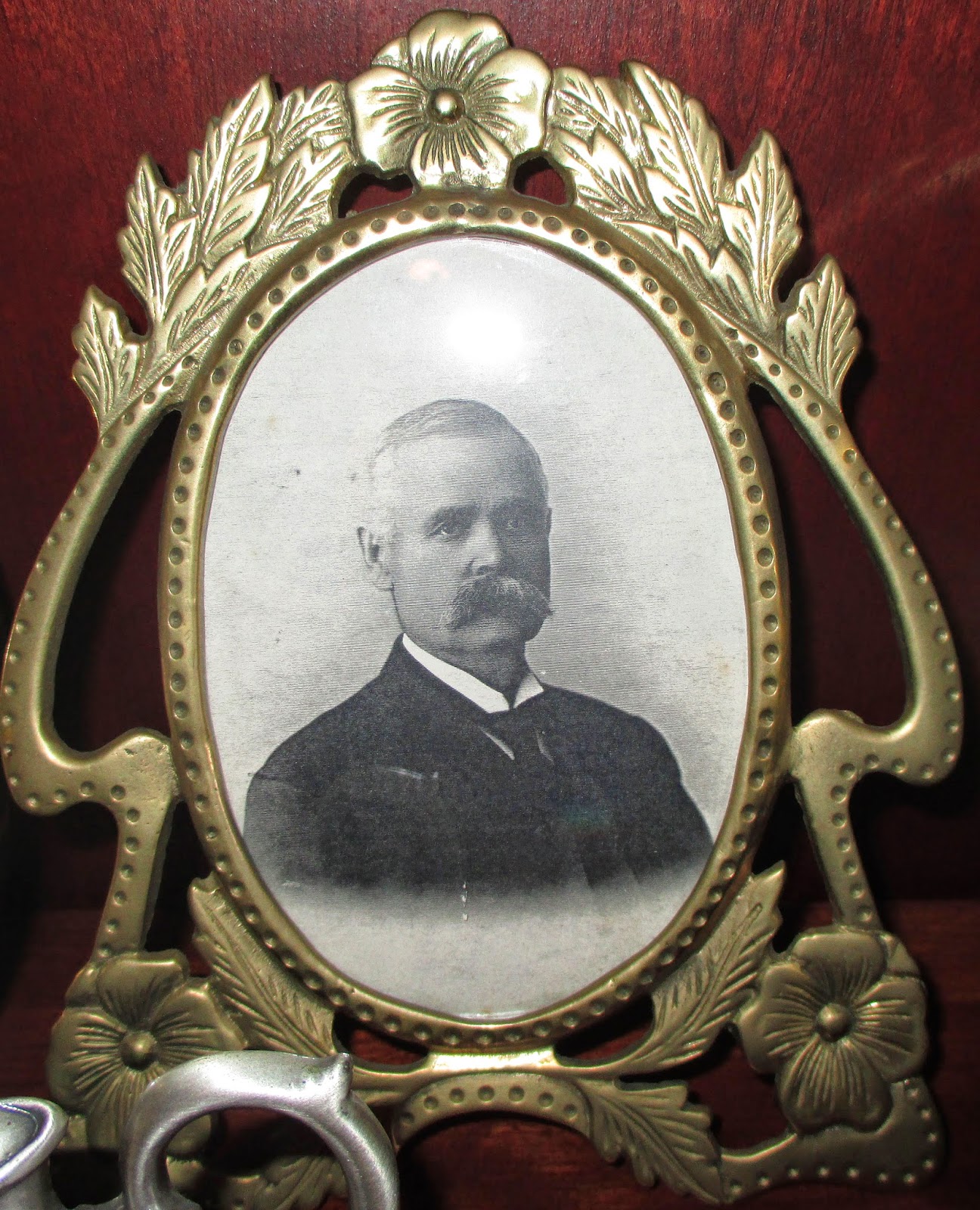 John Columbus Stevenson, a widower from San Jose, decided to use the doors and build his family a vacation home.  Using 32 identical solid wood four-panel doors he lined his 22 by 13 square foot house inside and out with doors.

He also built two other houses adjacent to his Door House on Lincoln between Ninth and Tenth, although they were not made from doors. (The Door House is to the right in the picture below).

In the 1920's the Stevenson family sold the house to James and Harriet O'Hara.  From 1937 to 1960 O'Hara family member Janet Carroll and her husband George L. Carroll lived in the home.  Janet was the first post-mistress of Pebble Beach and George owned a store in Carmel.

The Carroll's deeded the house to their granddaughter, Mrs. Bruce Fergusson, in 1960. The Fergusson's were Carmel retailers.

In 1995 owner Ron Thomas decided to build a bigger house on the property. 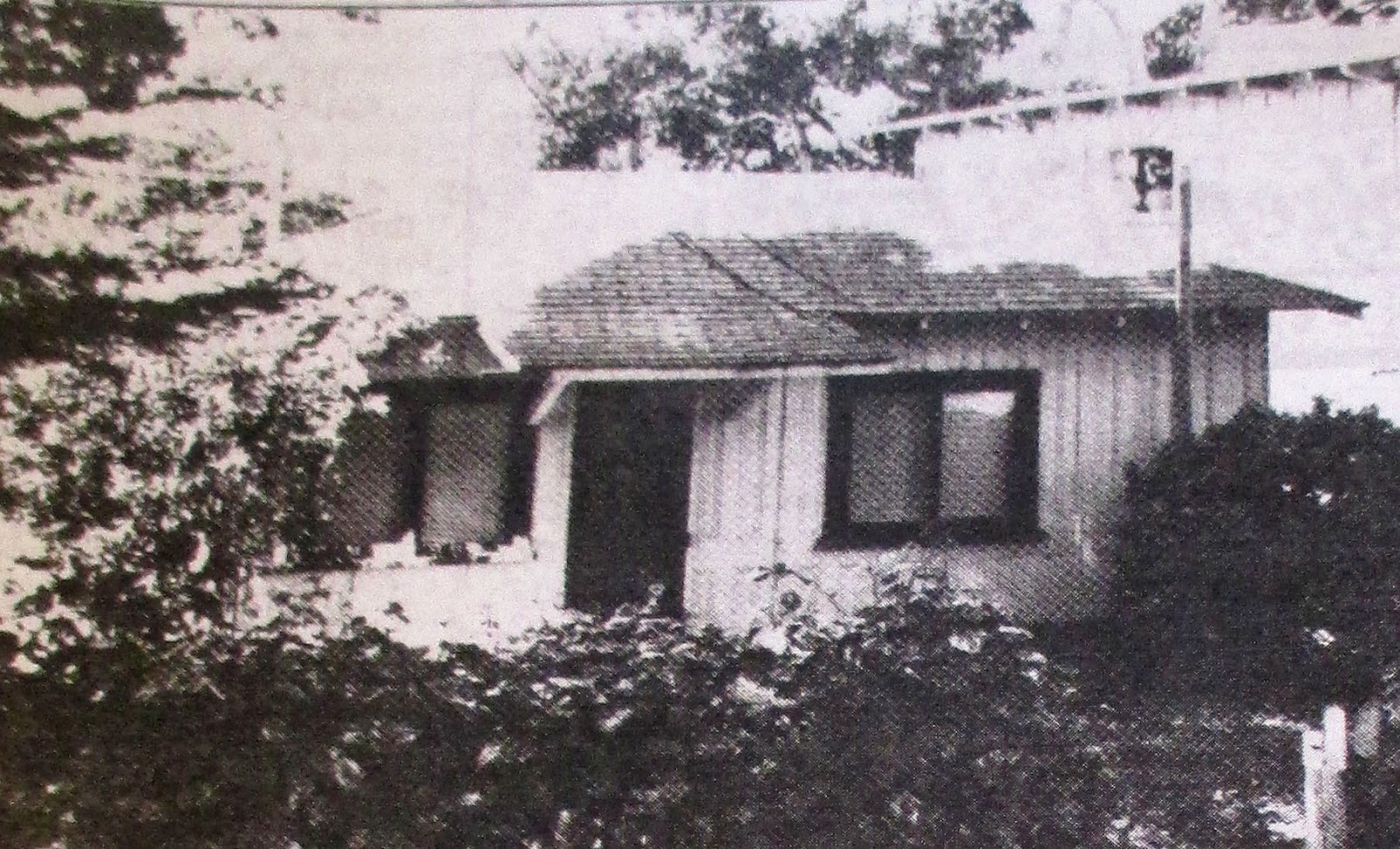 Enid Sales, then president of the Carmel Preservation Foundation, declared that the house was historically significant and should be saved.  Mr. Thomas sold the home to the foundation for $1 and Sheila and Wynne Hutchings provided their lot on Mission between Alta and Vista Avenues for the house.

The Carmel Preservation Foundation hoped to restore the home so that it might be "used for low-income housing, a public facility or a permanent office space for the foundation." (1)  The picture below shows the lot on Lincoln after the Door House was removed.

Carmel's Planning Commission designated the Door House as an "historical resource" on June 28, 1995.

The hope to restore the Door House did not materialize, and it remained sitting up on moving blocks for three years at which time, the City threatened to demolish it if it was not moved or restored. 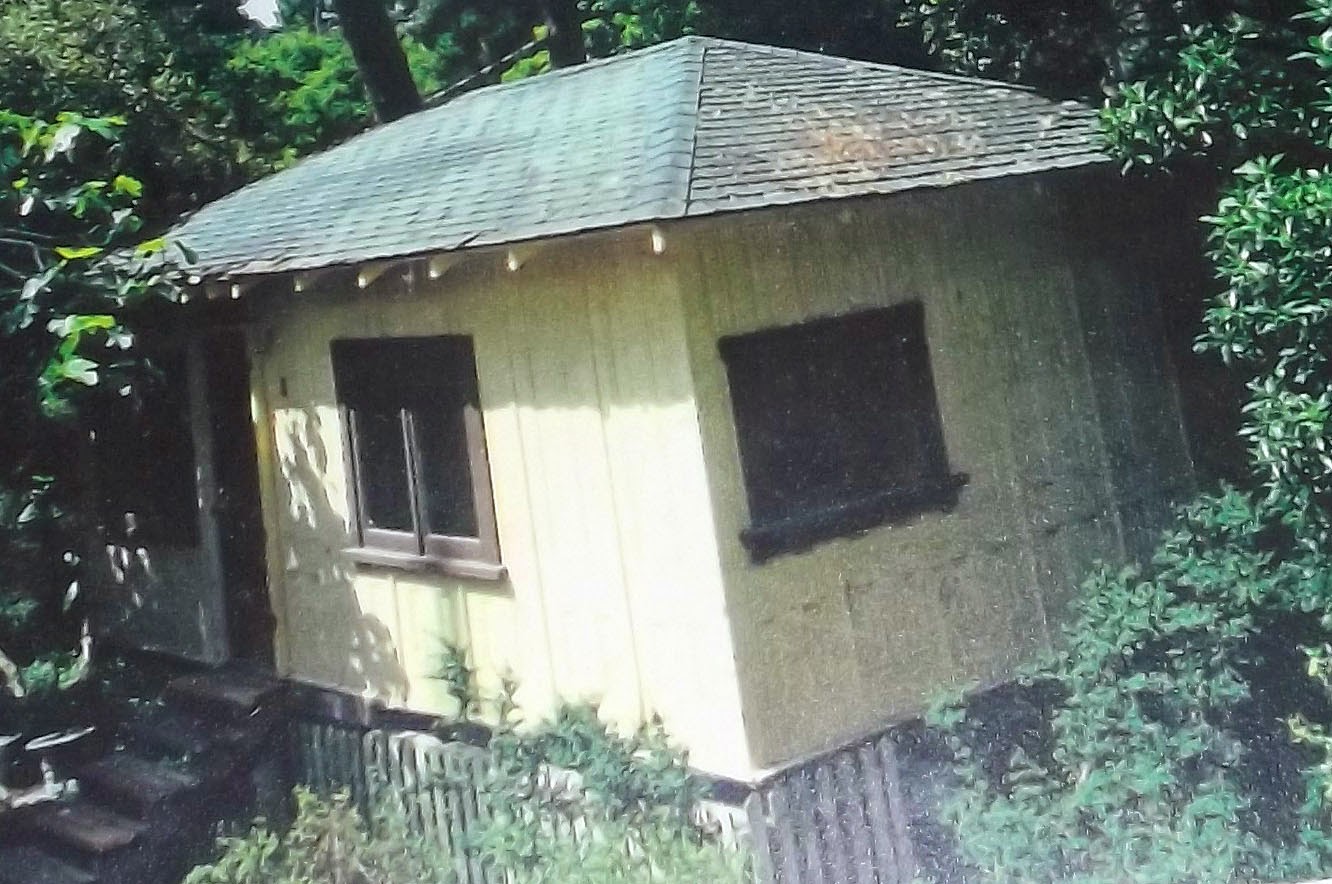 The current owners of Door House saved it from demolition by agreeing to "adopt" the home and move it to their property.

"The house's "final resting place" will be on the property owned by Dr. Fred Nelson and Dr. Karyl Hall...who have "adopted" this wanderer." (2) 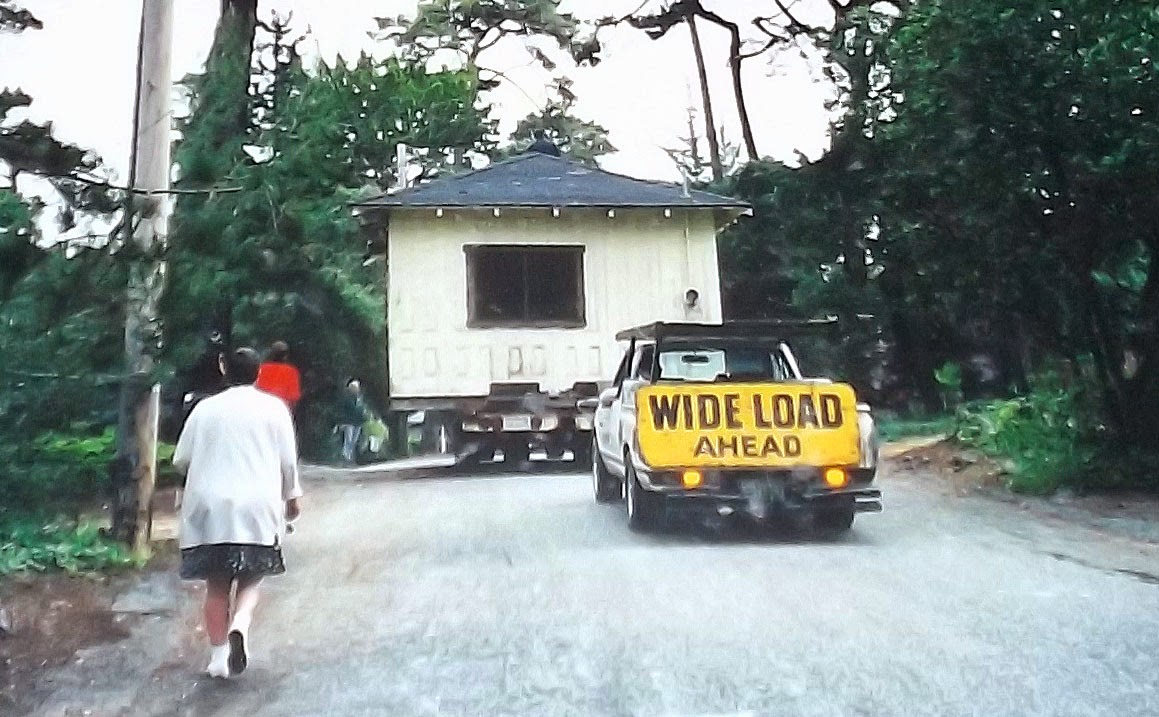 On June 2, 1998 Door House was once again transported through the narrow streets of the forest.

Today it happily resides having been loving renovated inside and out by its "adoptive parents." 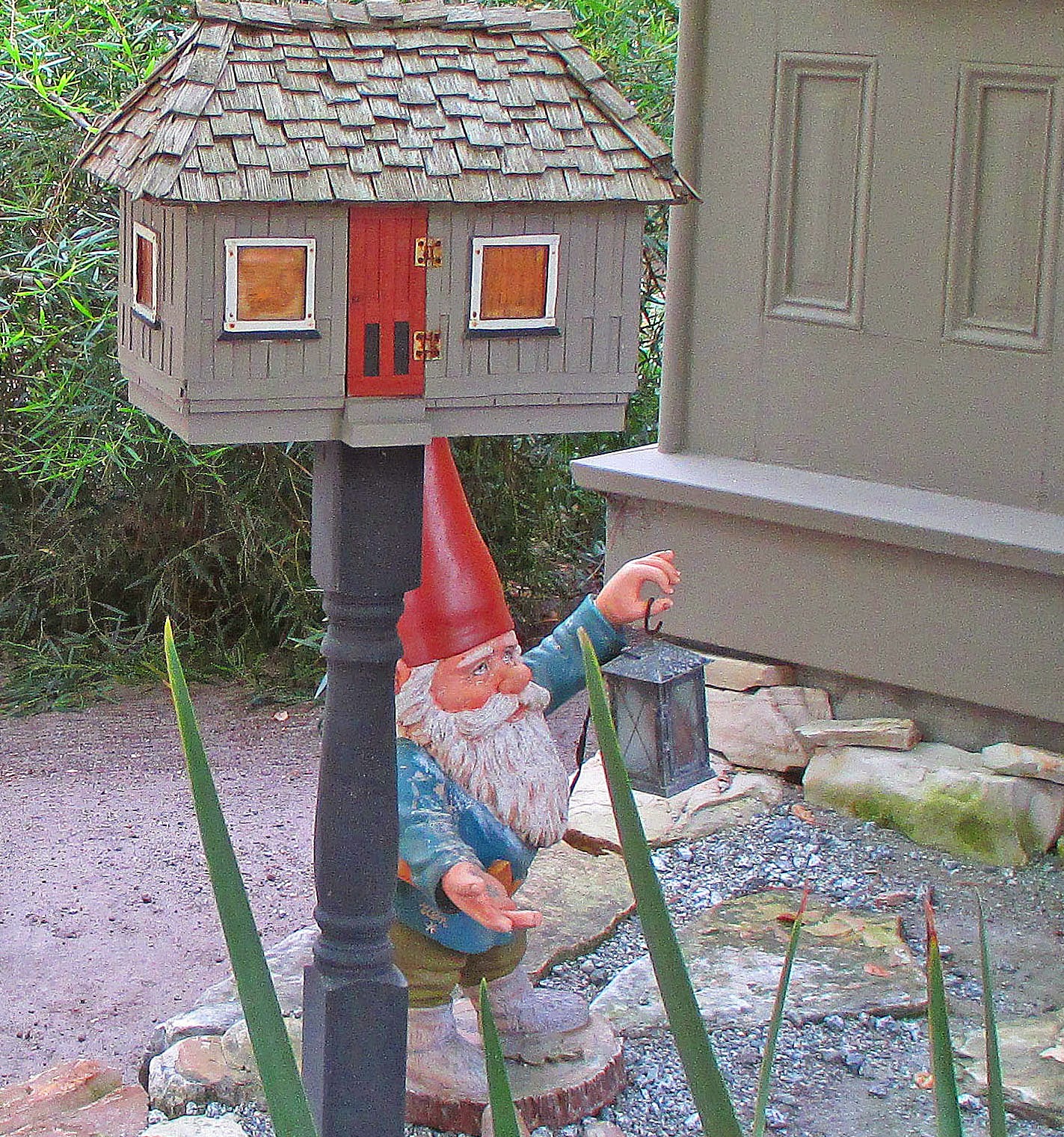 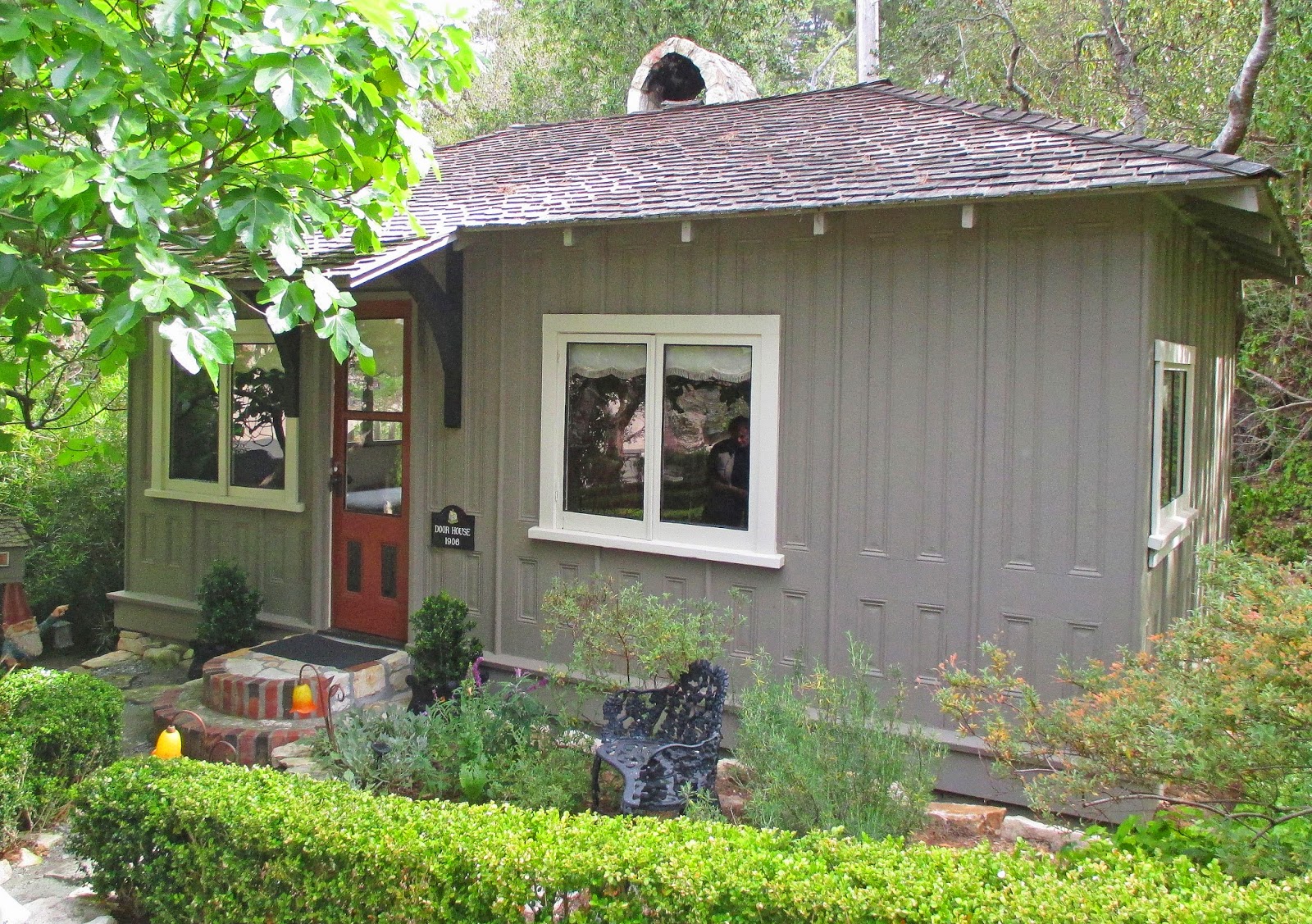 Inside knotty pine paneling and a quaint kitchen for one have been refreshed and updated. 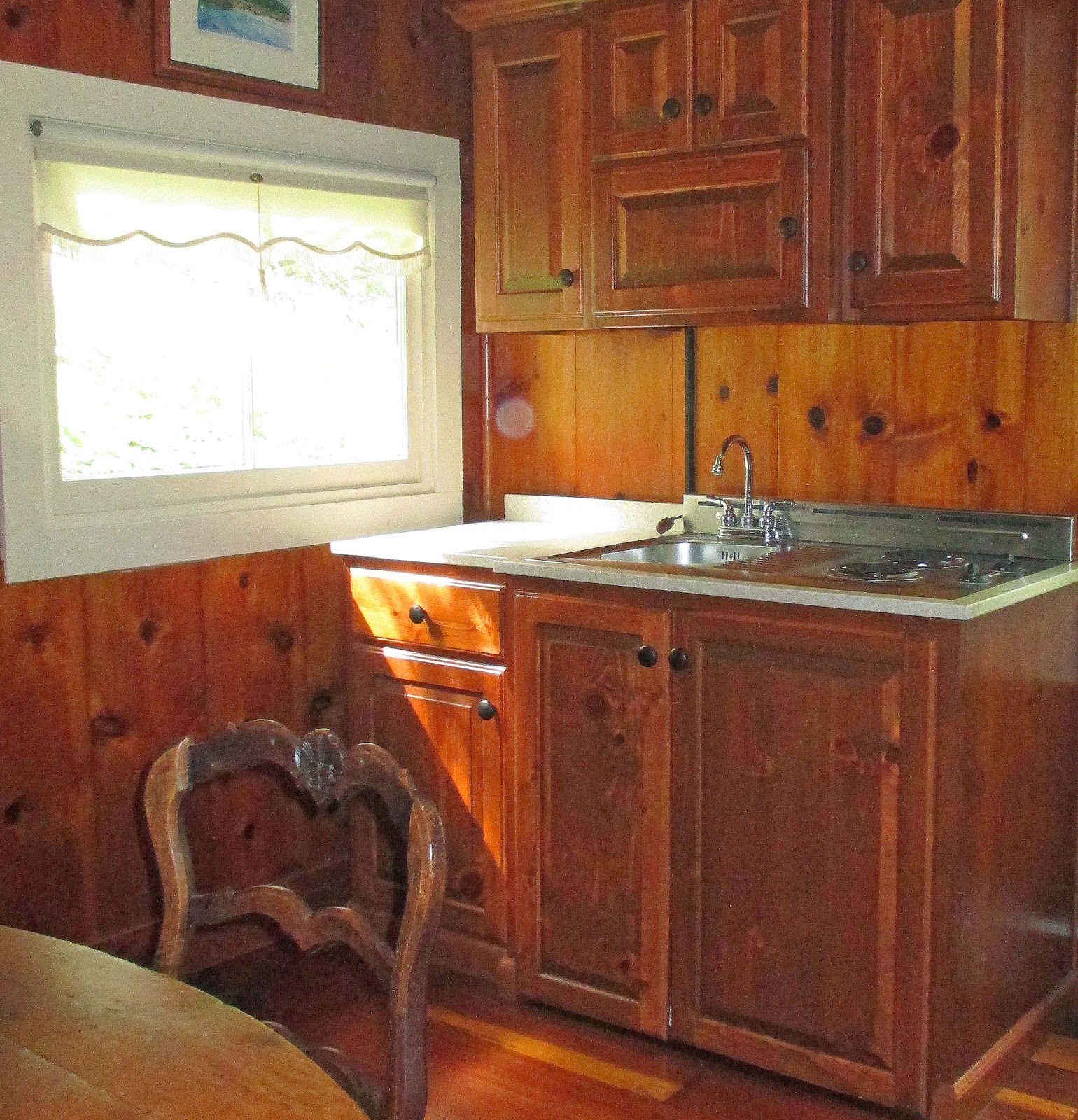 The door set in the wall
of Victorian doors leads to a tiny bathroom. 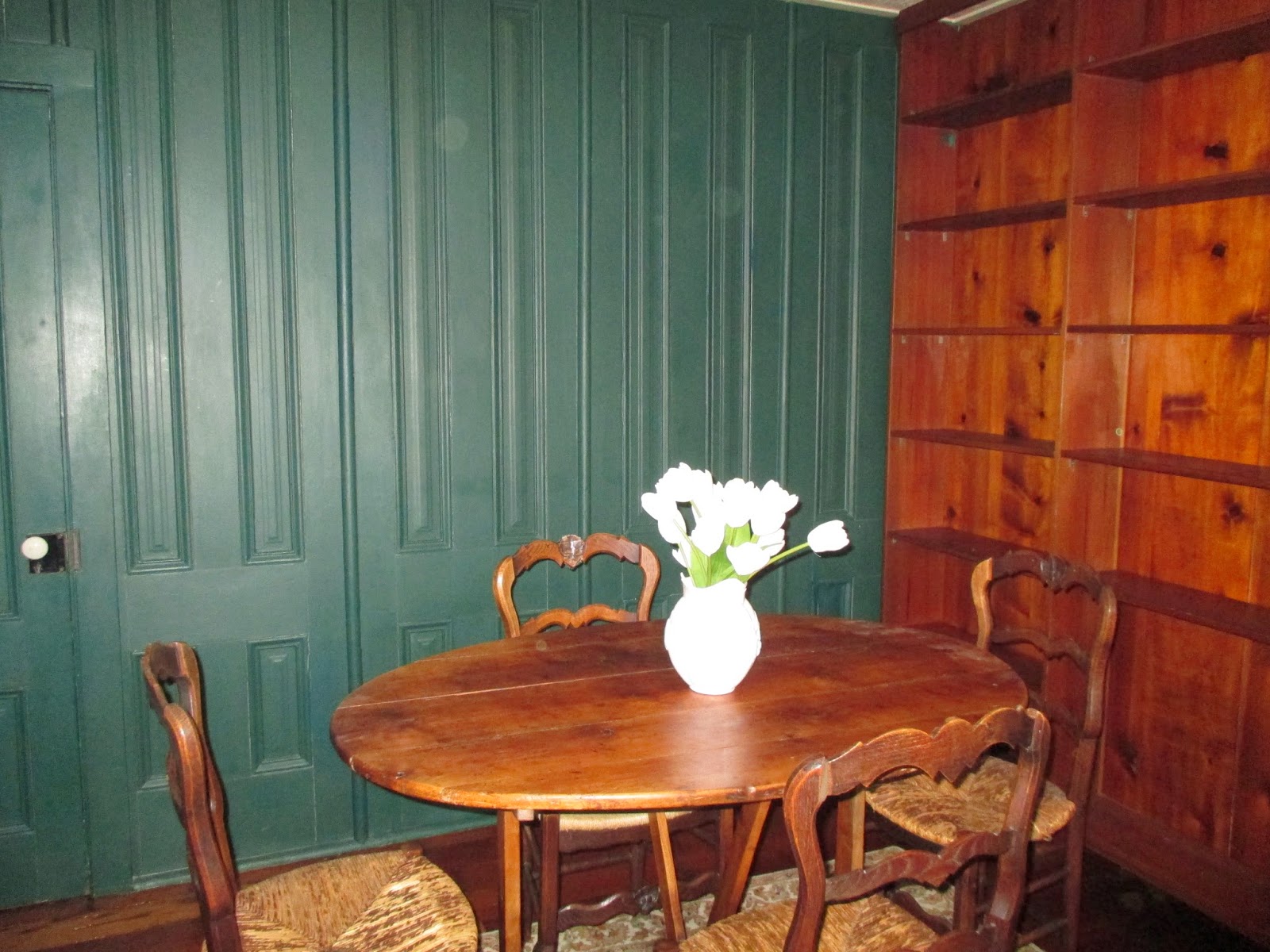 Off the kitchen dining area a bedroom with 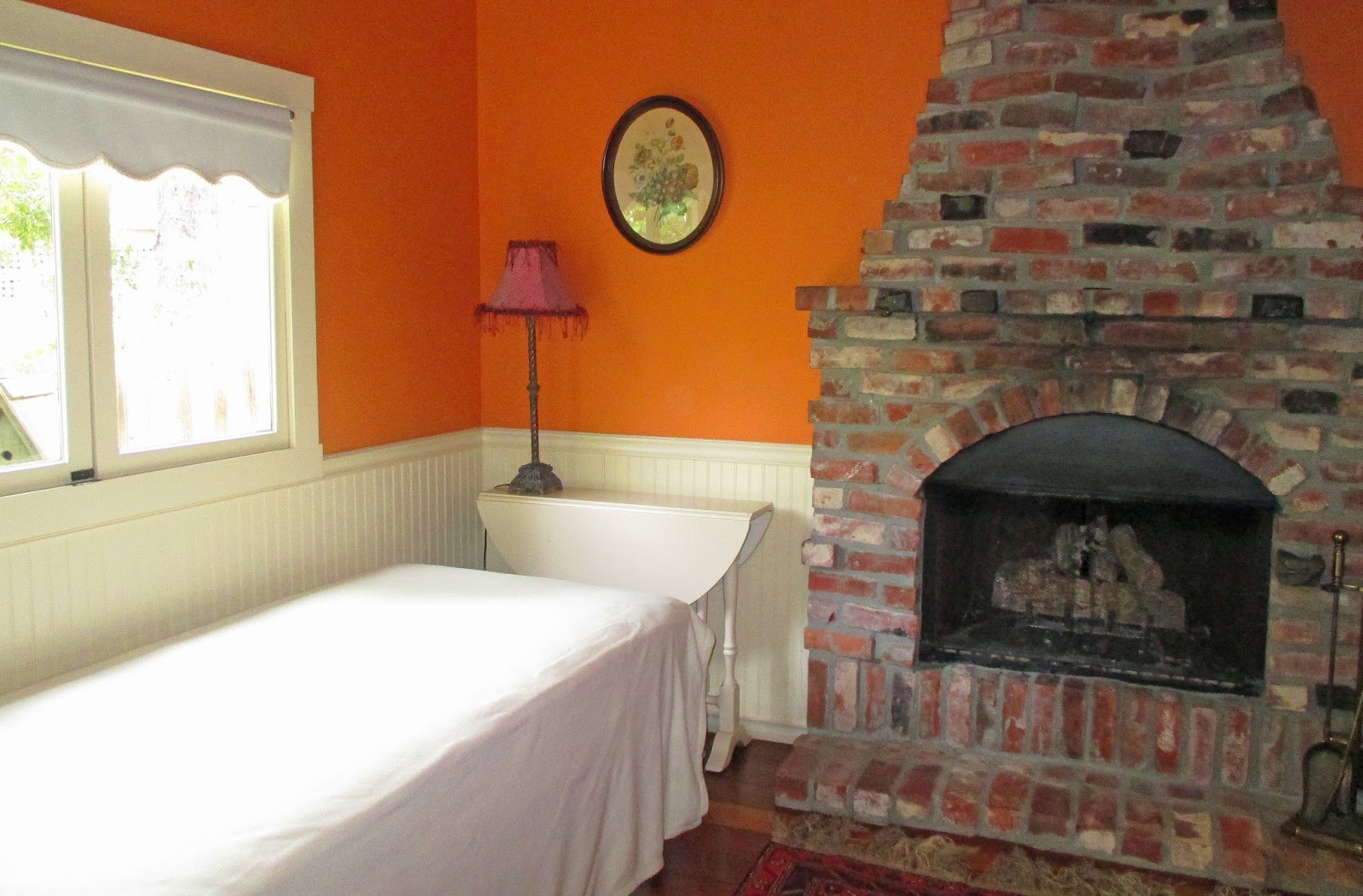 A bit farther down the drive way past the Door House sits our last house of the day, Forge in the Forest.

A darling replica of Forge in the Forest, made by the sister-in-law of the owners, acts as a mail box. 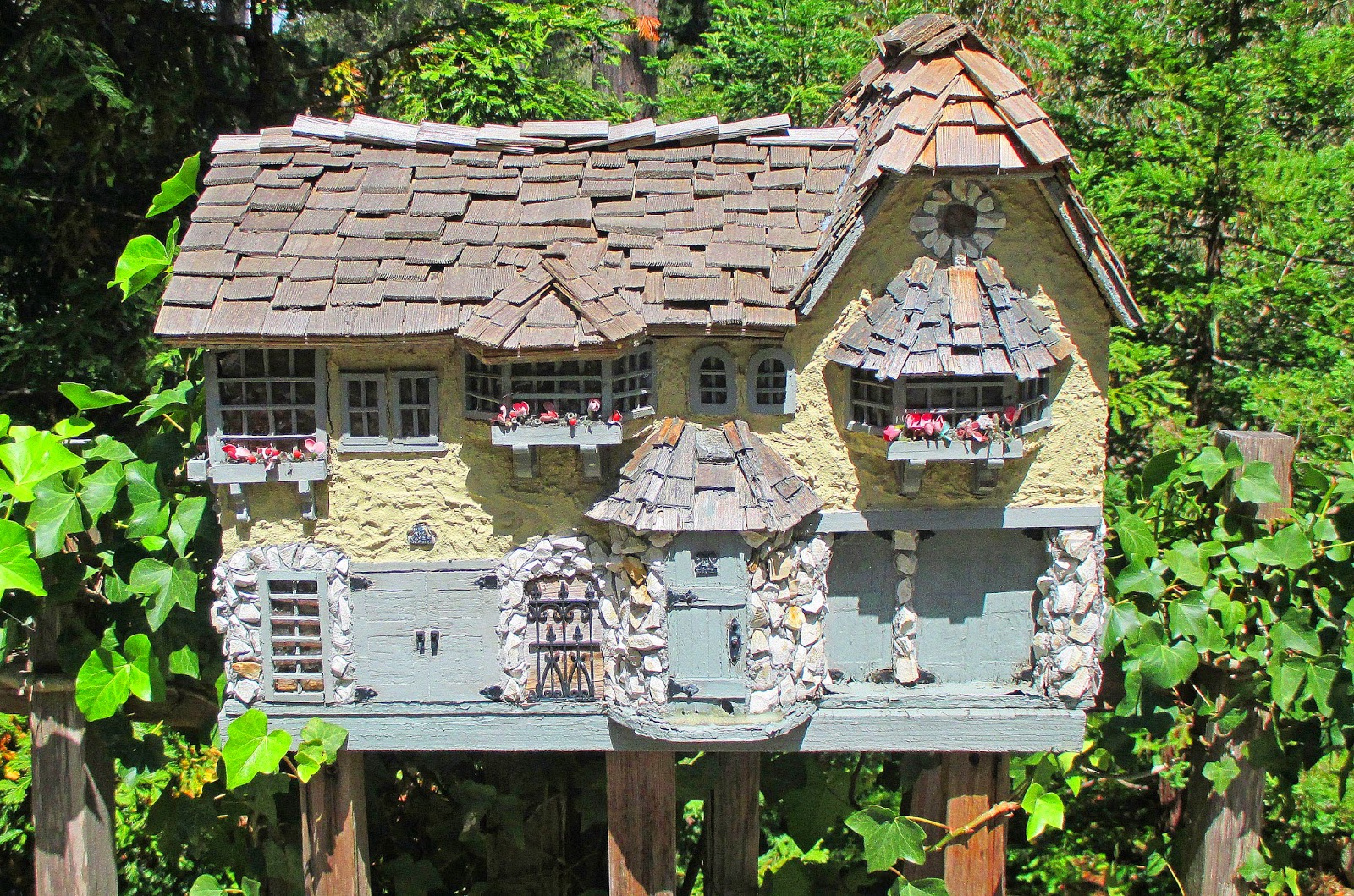 The lot on which Forge In The Forest resides was purchased in November 1923 by Edna M. Sheridan from the Del Monte Properties Company for $10 in gold coin.  The original house (shown in the picture below) is believed to have been built around 1926. 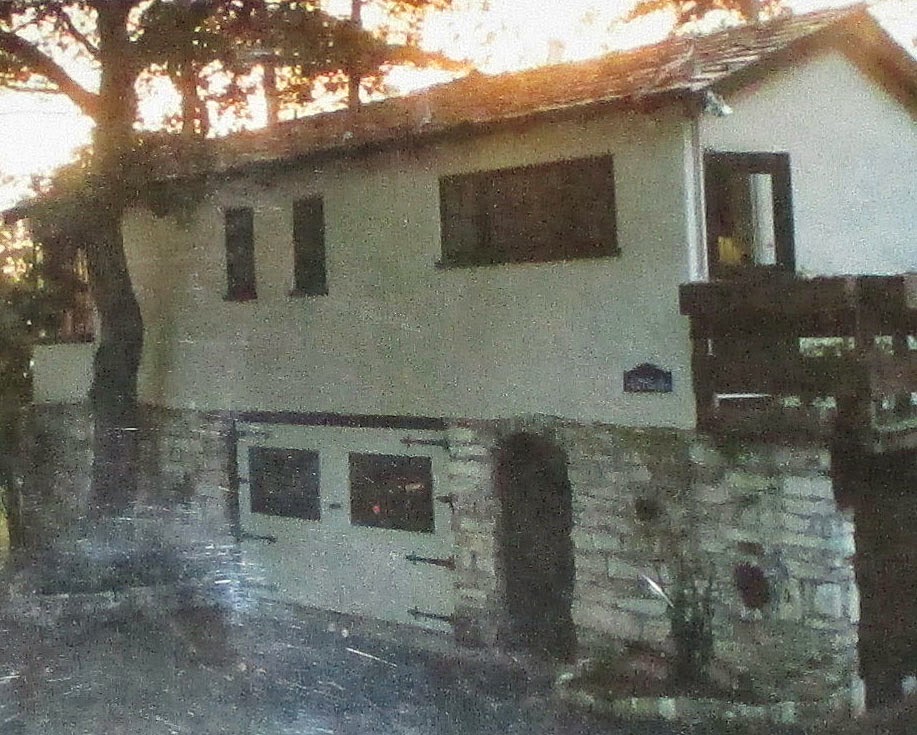 John C. Catlin was born in 1870 in Sacramento.  His father Judge A. P. Catlin a member of the State Senate in 1854 designed the legislation that established the present site of the State Capital in Sacramento.  John followed in his fathers footsteps and studied law, practicing for 30 years before he grew bored and decided to take a year off and travel in Mexico.

Before he arrived in Mexico he stopped in Carmel and ran into an old friend Garnet Holme who was putting on a play in Santa Cruz.  Holme asked Catlin for some help. Catlin ended up never going to Mexico but settling in Carmel that same year, 1922.

Though it is not known when Carmel's "Famed Blacksmith Mayor" (mayor from 1932-1934) John C. Catlin moved into Forge In The Forest, it is known that he lived in this house until he died in 1951.

Mr. Catlin never went back to the practice of law.  He found much more satisfaction in his creative outlets such as stone carving, drawing, and blacksmithing. 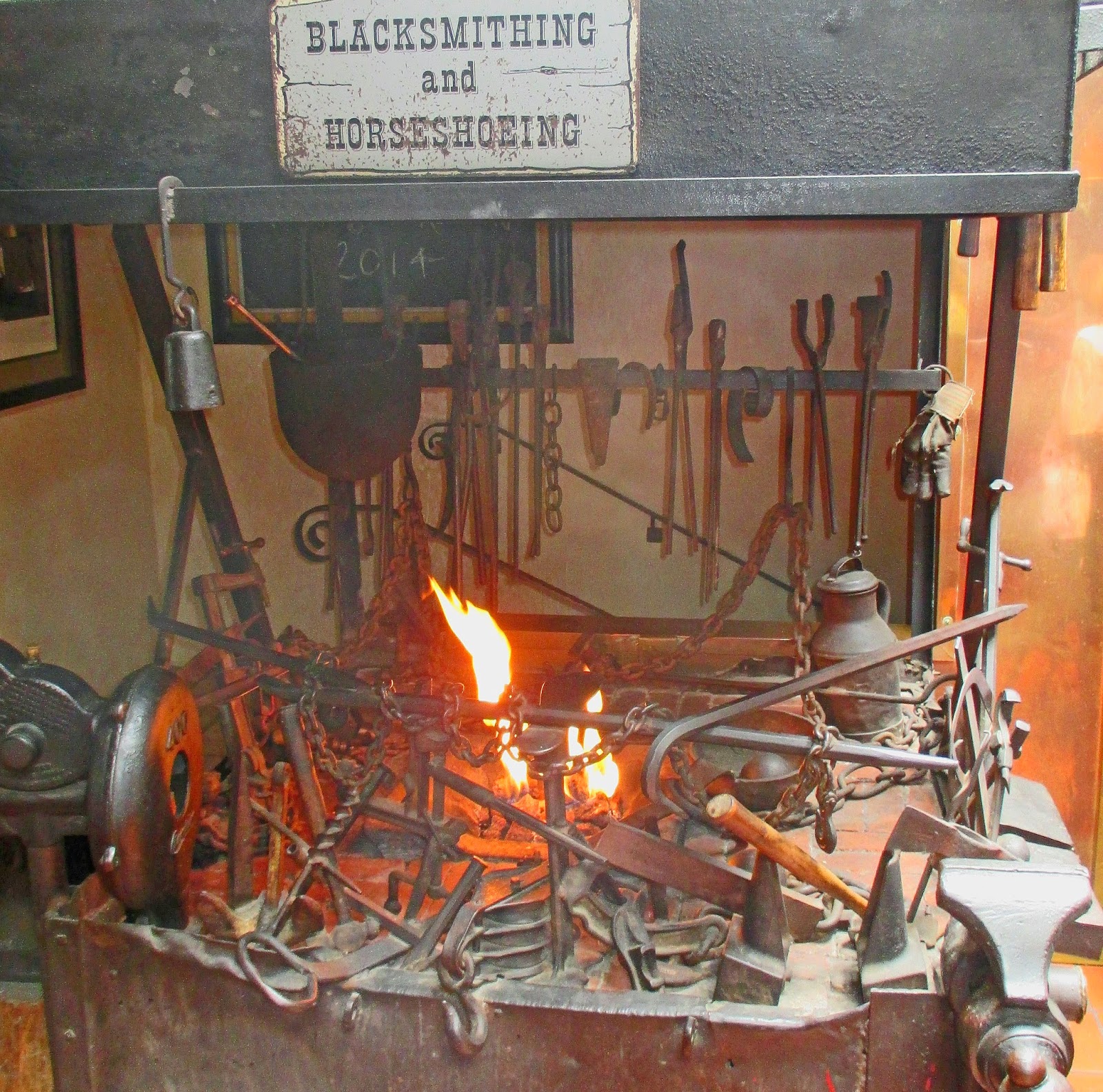 Mr. Catlin also had a small forge in the garage of his home. 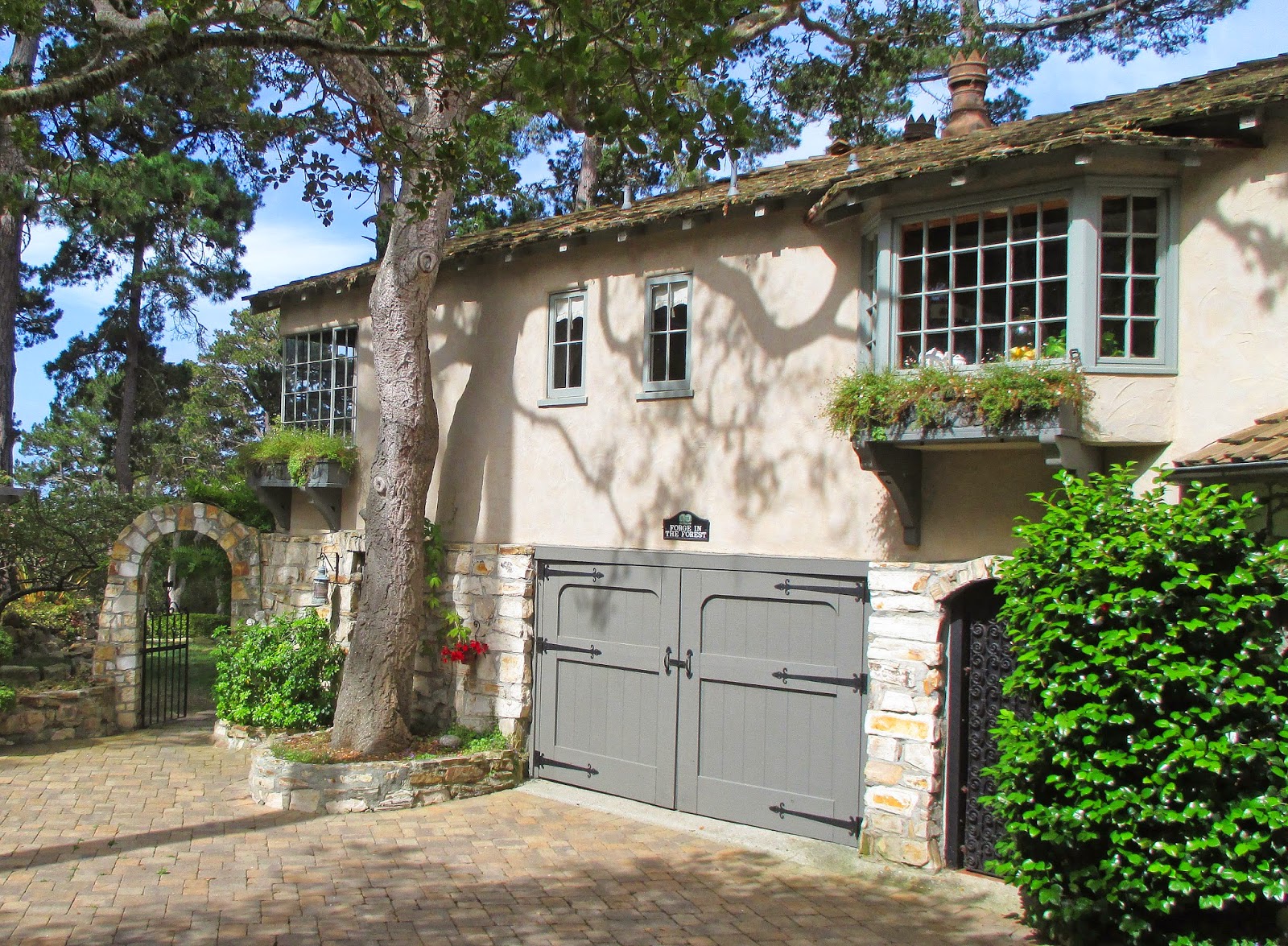 The decorative gate to the right of the garage door is some of his work. 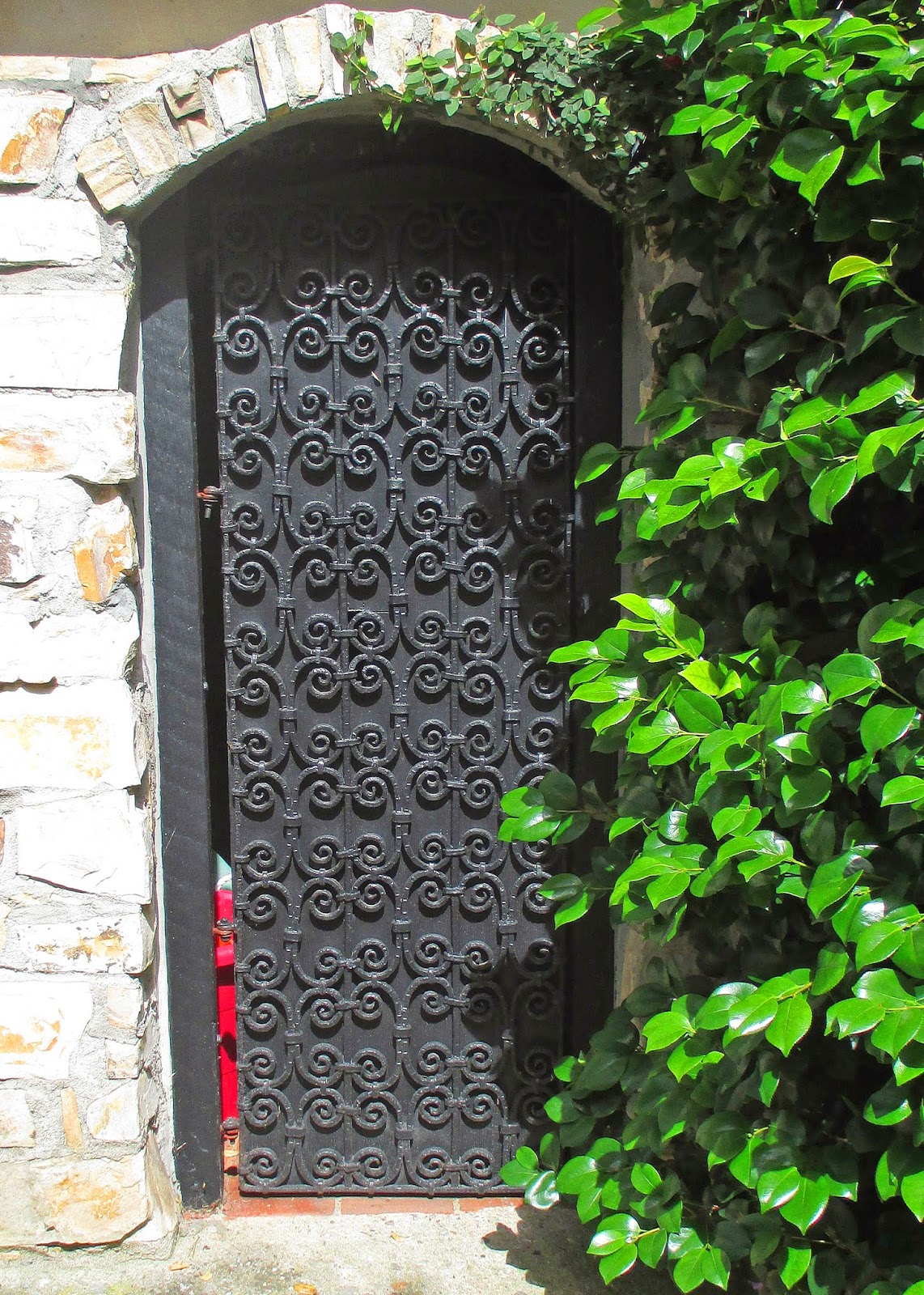 He is also responsible
for much of the stone work
on the property. 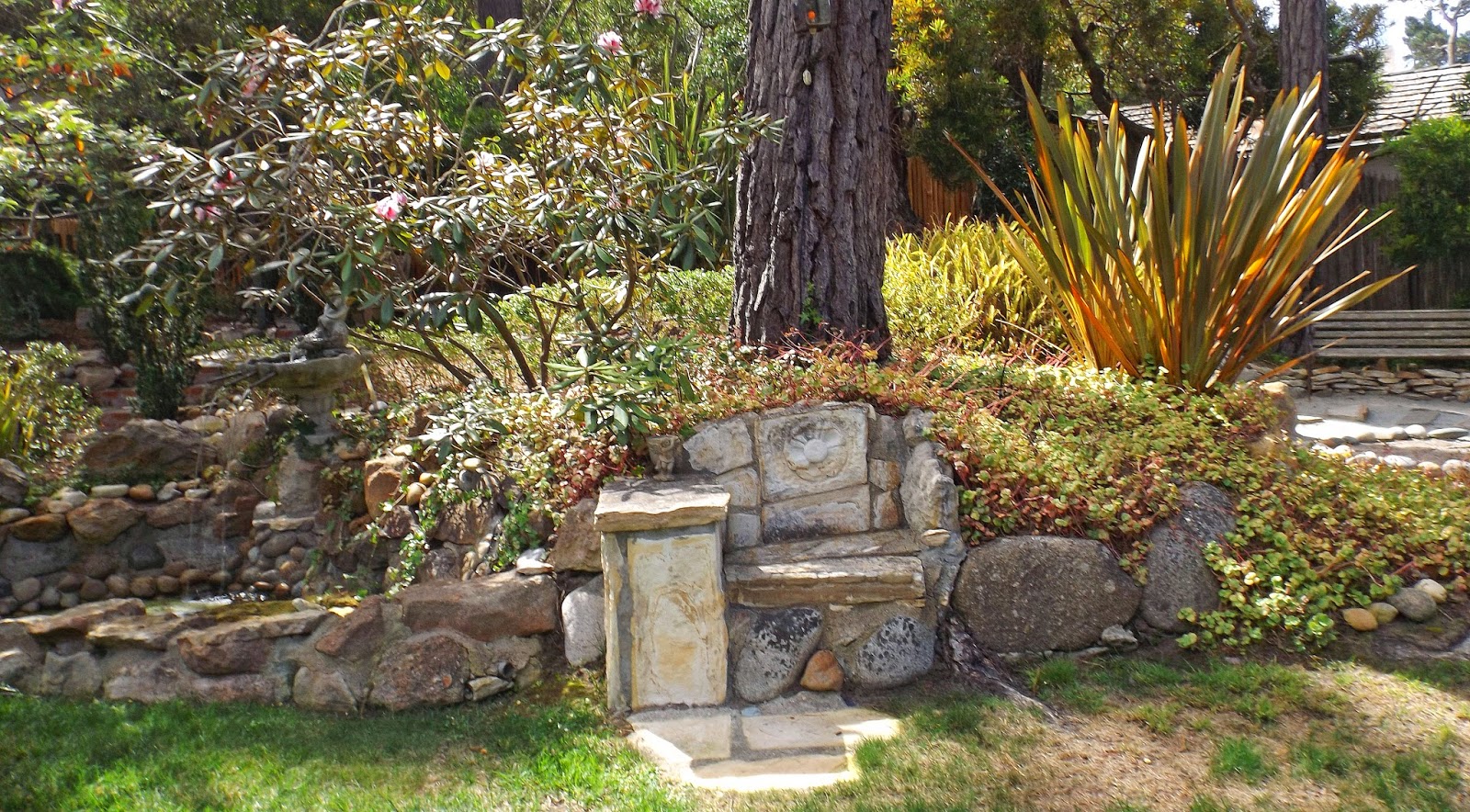 
Both men felt their metal work should not only be functional but decorative.  Mr. Whitaker's work is also found on the property. The side gate 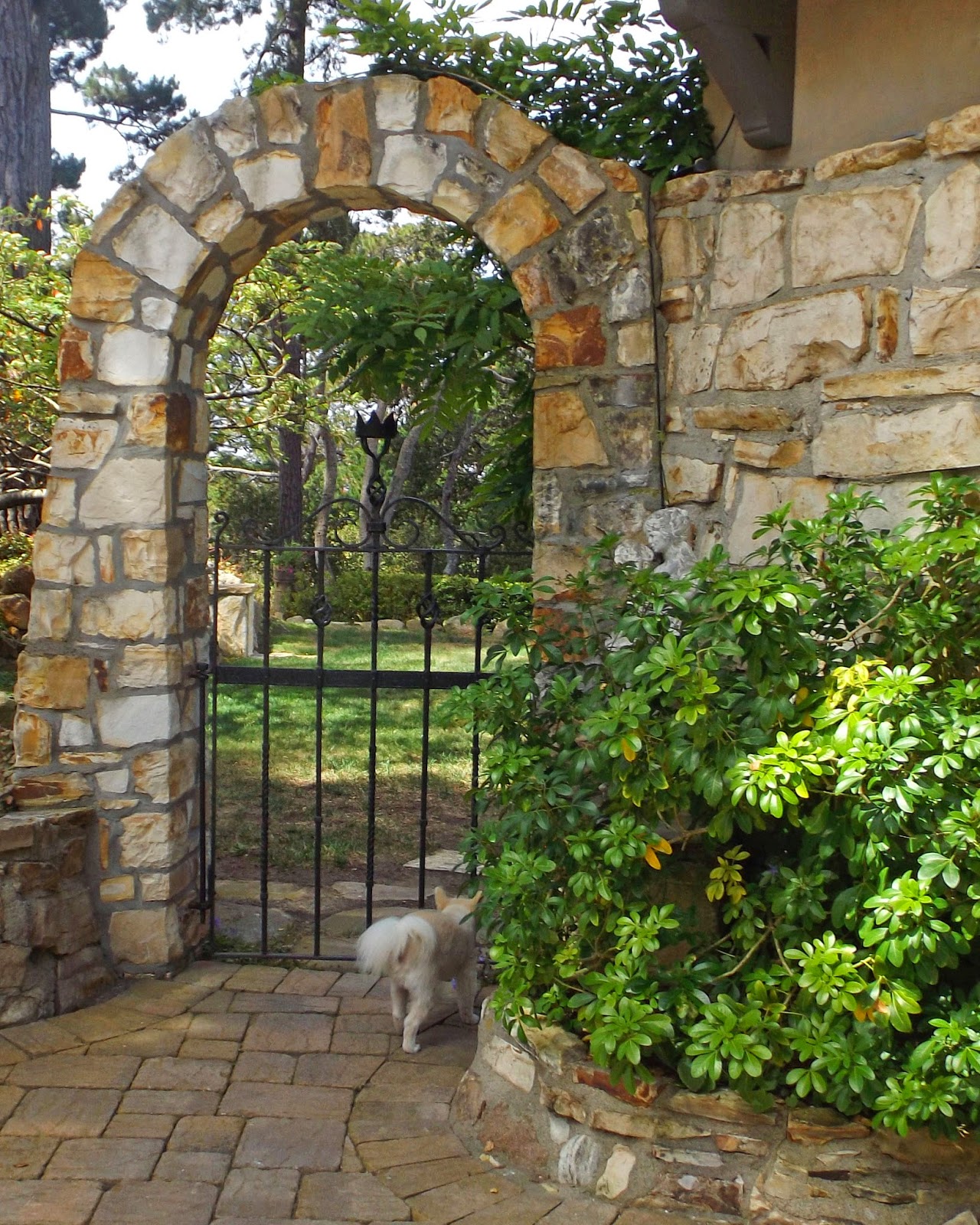 and boot cleaner at the base of the stairs as well as interior sconces and candelabra are his work. 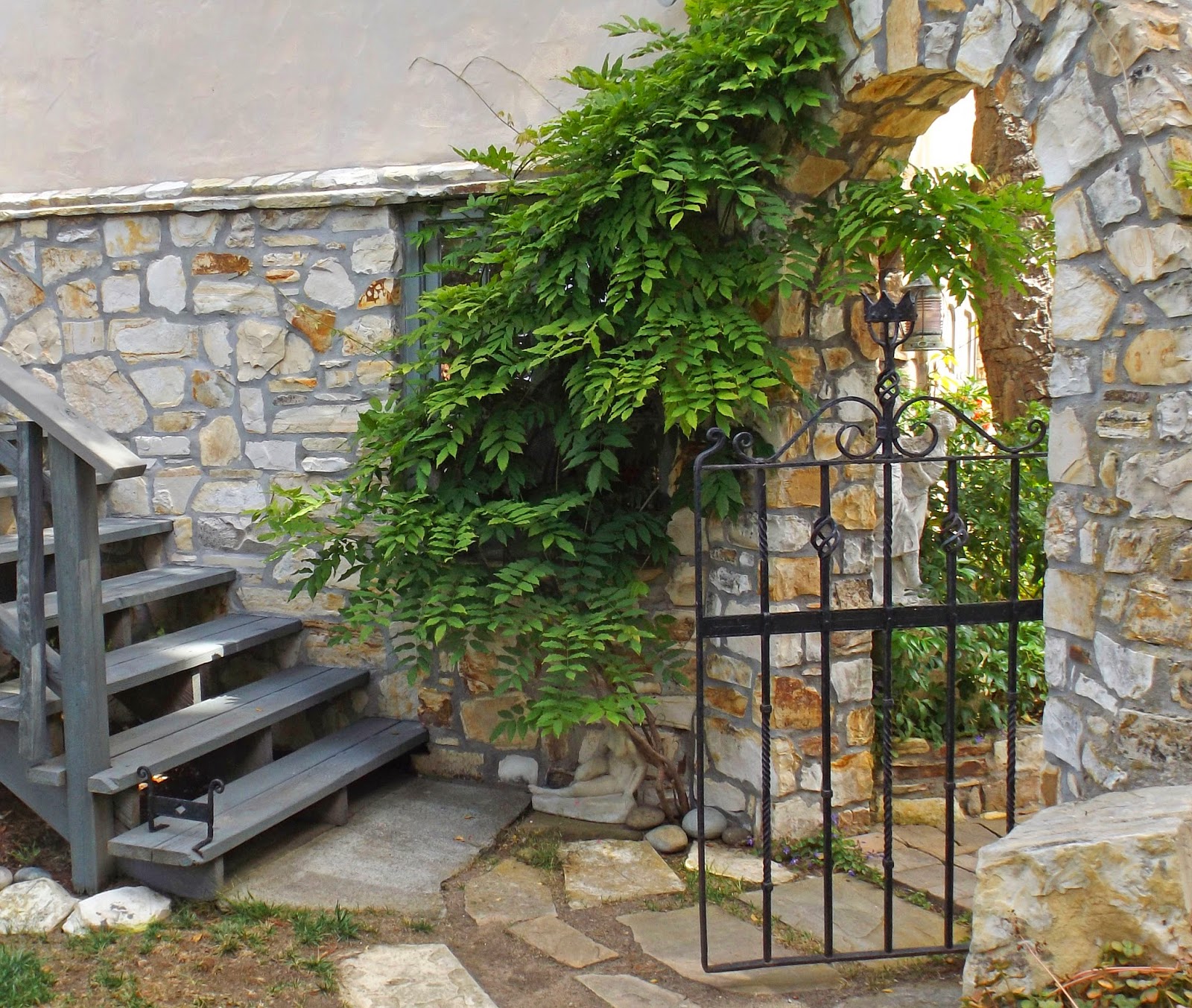 The current owners, who purchased this property in 1990, added to the eastern elevation. 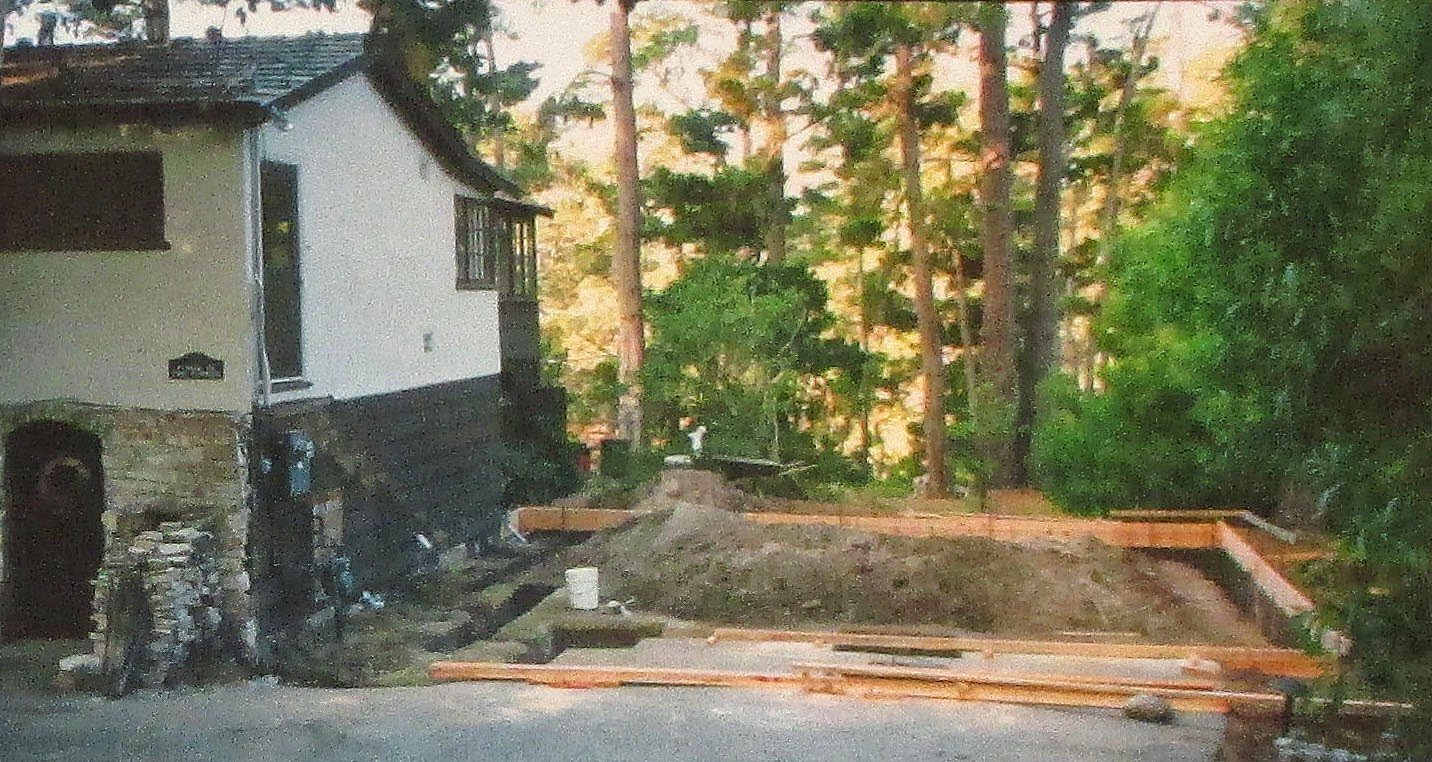 The addition appears seamless to the original structure. 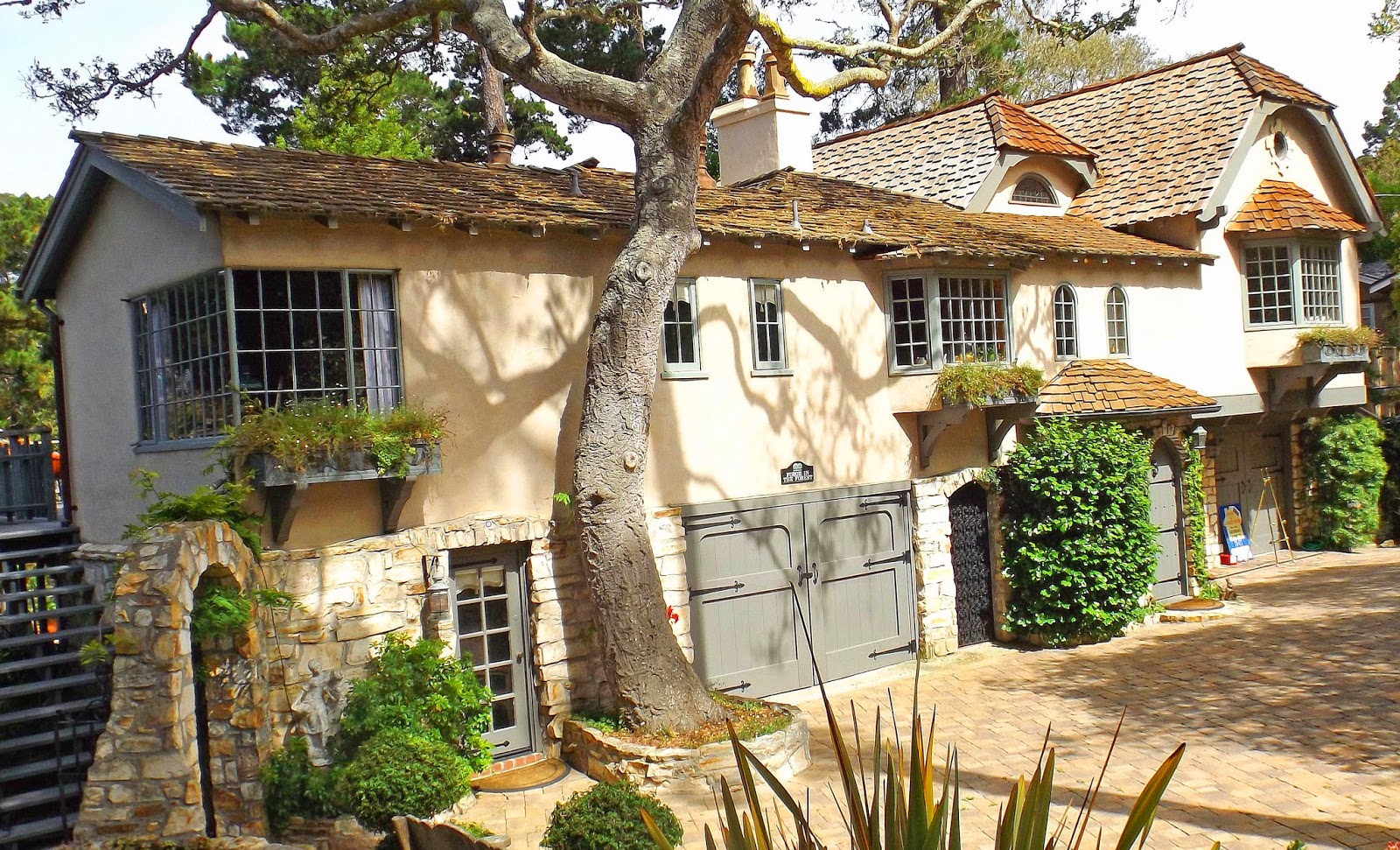 Here are a few more highlights.

All photographs by L. A. Momboisse unless otherwise noted below: