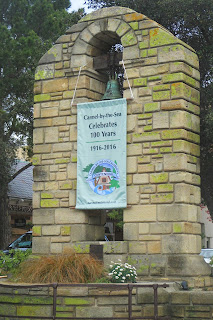 On a rather dreary Friday afternoon, Carmel-by-the-Sea Community Services was busy organizing the set up for Carmel's Centennial Celebration Launch. Chairs were set up in the middle of a busy downtown intersection. 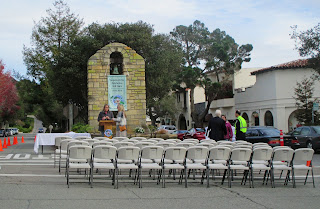 Not to worry though, Ocean Avenue remained open, but was marked down to one lane each way past the historic World War I Memorial Arch. 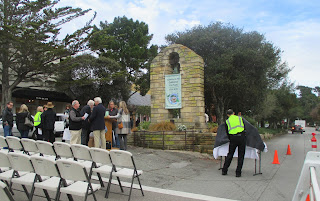 By 2:45pm Carmelites began to gather 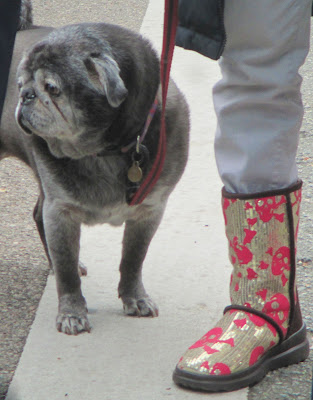 staking their claim to the best seating. 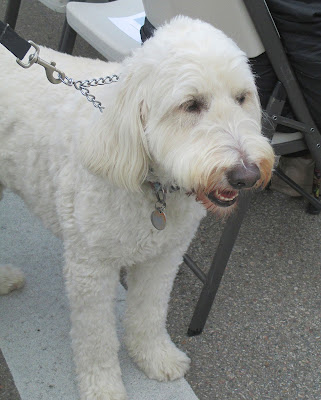 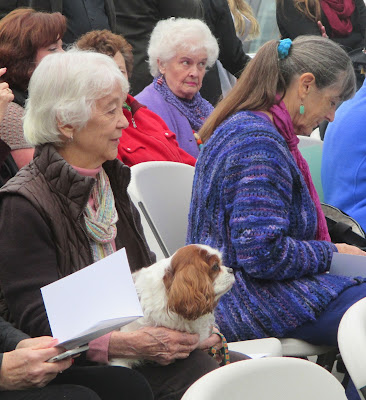 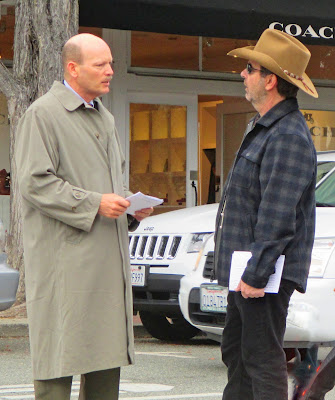 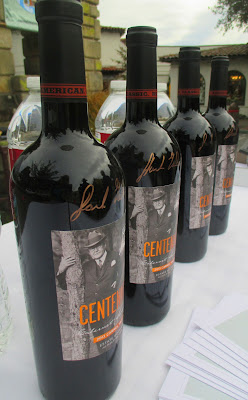 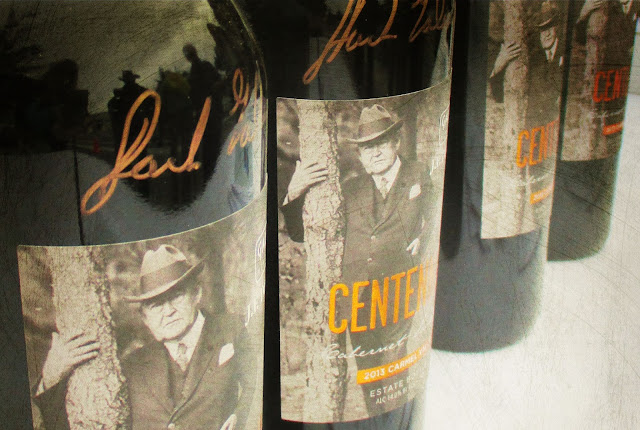 Standing next to the special "big reveal,"
Channel 8 News Anchor, Lauren Seaver,
was on the scene with her cameraman. 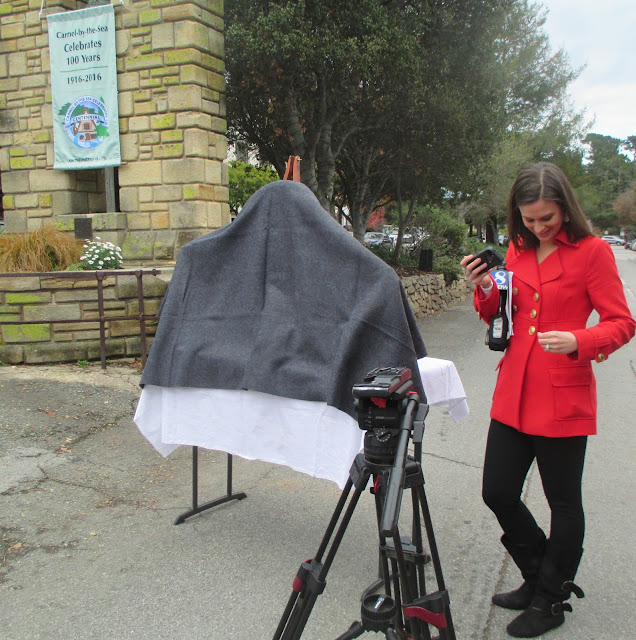 Not missing a beat she caught a quick interview with
Carmel-by-the-Sea Mayor Jason Burnett, 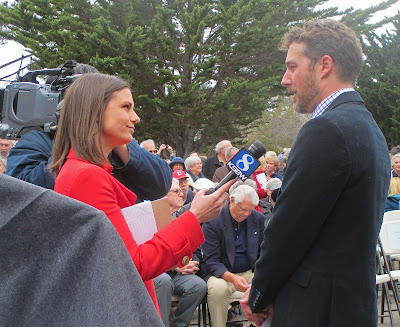 and Congressman Sam Farr.That is
Historic Resources Board Member
Elinor Laiolo finding her seat in the background. 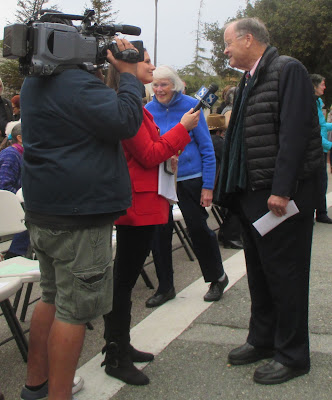 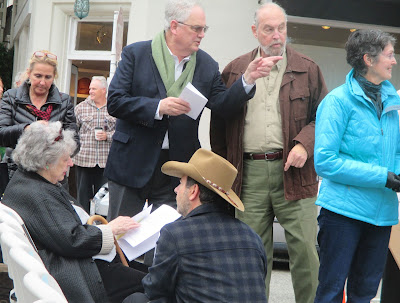 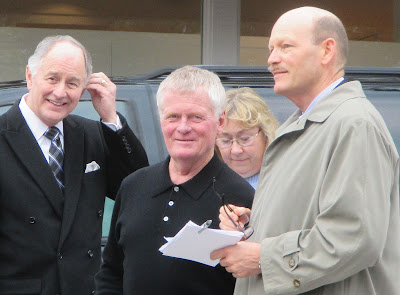 As the audience grew, 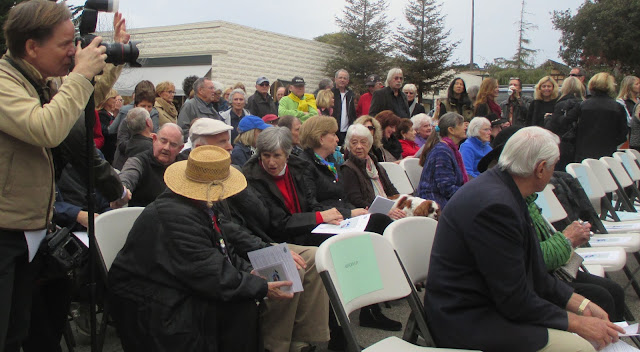 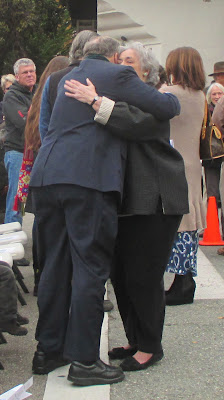 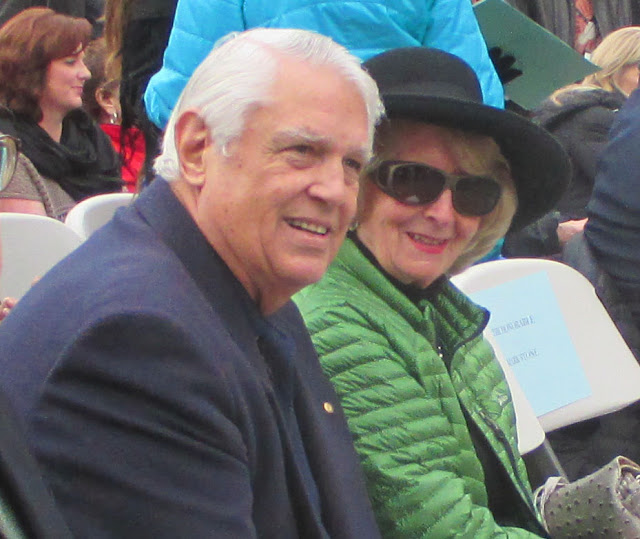 Chief of Police and temporary
City Administrator
Mike Calhoun is in the house. 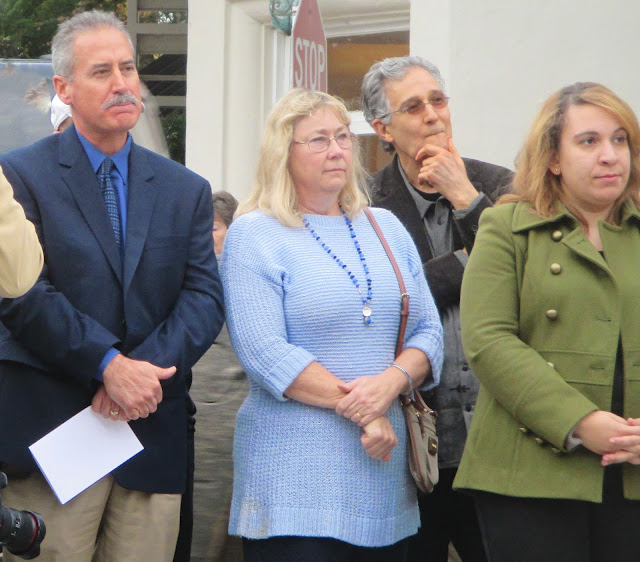 A dreary Friday afternoon won't keep Carmelites from
celebrating. It' 3:00 pm time to get this party started!!

Make sure to check the Centennial Website frequently
for details about the 100 events planned for Carmel's hundredth year and enjoy the following 20 minute video of the highlights of the Centennial Launch.