Allen Knight and the History of L'Auberge Carmel 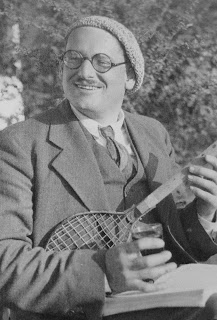 Allen Knight, who would become Mayor of Carmel in the 1940’s and 50’s, was born in 1901 the same year his parents and two aunts purchased three lots on Monte Verde and Seventh.  That same year, J. F. Devendorf ordered 100 San Francisco cottages to be shipped in sections to Carmel.  Only one cottage arrived and it was purchased by Allen’s father and reassembled on the family property on Monte Verde and Seventh.  Every summer the Knight family would make the two day trip from their home in San Francisco via horse and buggy to their vacation cottage in Carmel. 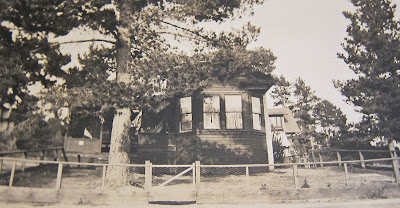 Knight House Guadalupe & 6th - c. 1929-1935
After Allen’s mother died when he was 8, his father moved into the Fairmont Hotel and Allen split his time between his father’s and his  aunts Alys and Agnes in the cottage on Monte Verde and Seventh.  Allen went to live full time with his aunts after his father died when he was 17.  But life with his aunts was too tame and his lifetime fascination with the sea led him to ship off on the Falls of Clyde and sail around the Horn.


Using the inheritance left him by his father; Allen spent the next few years traveling the Orient, earning his living as a musician, even playing in waterfront bars in Nagasaki.  In 1922 he met a Russian refugee in China, married her and returned to San Francisco to work as a yacht broker.  Unfortunately the marriage did not last so Allen went back to traveling.

He spent five months bicycling and motorcycling through Europe in the late 1920’s, and fell in love with the city of Prague.  He paid special attention to the old European charm of the hotels thinking that they would make a good model for an apartment building his aunt Alys was interested in building on the Monte Verde property in Carmel.

Sundial Apartment Conceptual Drawing 1929
It is said that Allen went so far as to convince the owner’s of a Czech hotel he took a fancy to in Prague to share their blueprints with him.  And it was these blueprints he gave to San Francisco architect Albert Farr to use to design the project which would eventually become the Sundial Apartments. 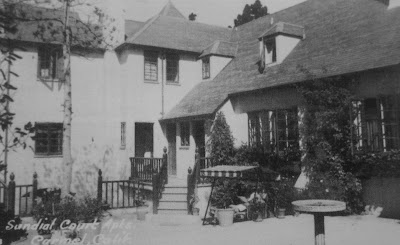 
After this trip to Europe, Allen returned to the US he settled in a tent attached to the cottage on Monte Verde and Seventh.  He commissioned Albert Farr to design an apartment building and Michael J. Murphy to do the construction.  But the little cottage had to be moved, so Allen bought three lots on Guadalupe at Sixth Avenue and had the home relocated. 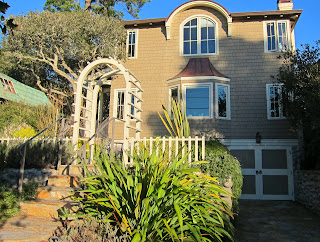 Knight House Guadalupe & 6th - 2013
The August 30, 1929 edition of the Carmel Pine Cone states, “The big steam shovel has begun its opening part in the building of the Sundial Court Apartments on the east side of Monte Verde Street between Ocean Avenue and Seventh.  Soon will rise a structure new in Carmel’s experience, to mark an era of the town’s growth.  The building will house thirteen small apartments, three rooms each, and eight one-room-with-bath accommodations for bachelors, male or female.  The Sundial Court to be built around a court, will be three stories high on its western side, facing the sea, two stories high the balance of the structure….the architecture is European, probably more Bohemian than of any other national type, and fits in well with Carmel’s general scheme.”
The Sundial Court Apartments became the first apartment building in Carmel.  Built around a courtyard with the lobby and two spaces for shops on the first floor.  The next floor housed the three room apartments with living area, a disappearing closet-bed, kitchenette and bath.  Stairs led to the third floor and an extra room with a bath, which could be rented separately or used to make existing apartments larger. 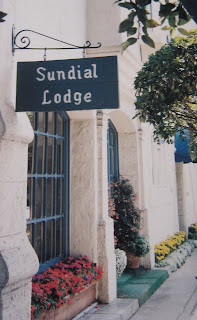 The Sundial Court Apartments became the Sundial Lodge turning the 21 apartments into 19 guest rooms decorated with a French country motif and was featured in the Architectural and History Survey of Carmel-by-the-Sea Historic Inns in 1992. 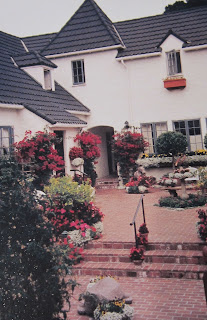 
In 2003, the Sundial Lodge was sold for an undisclosed price to the Auberge Carmel partnership.  The Herald wrote in it’s January 13, 2003 edition, “David Fink, manager of the AubergeCarmel and owner of Carmel’s Bouchee Restaurant, said the Sundial has the potential to become a luxury boutique hotel.” 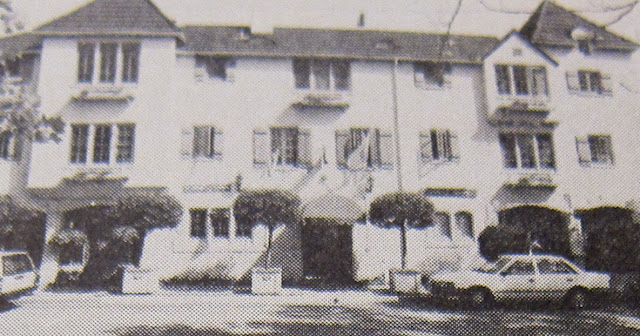 Sundial Lodge 1992
After a $1 million upgrade the proprietors of L’Auberge Carmel are holding their grand re-opening during the month of January 2013.  They  have indeed succeeded in making the L’Auberge Carmel a quaint and cozy luxury boutique hotel surrounded by Old World charm. 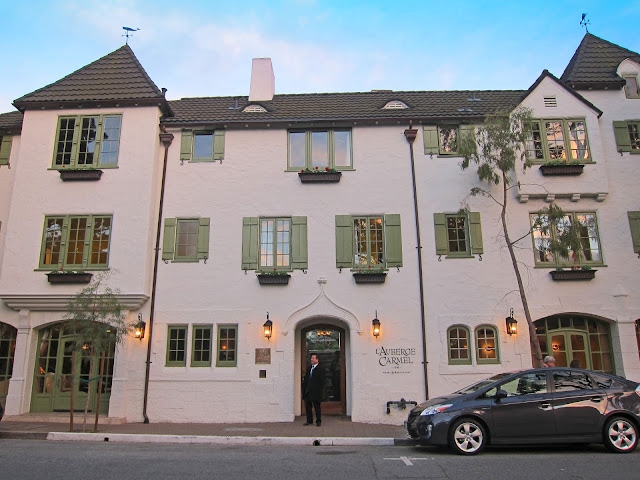