Carmel-by-the-Sea Gets Her Name 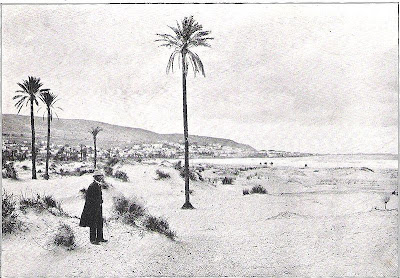 The name Carmel is roughly translated from the Hebrew as garden.   Mount Carmel is a coastal range on the Mediterranean Sea in Northern Israel.  It is this place that we read about in 1 Kings 18:19-39 where Elijah defended the God of Israel against the priests of Baal.  And it is Mount Carmel that is referred to as a symbol of beauty and fruitfulness in Isaiah 35:2. 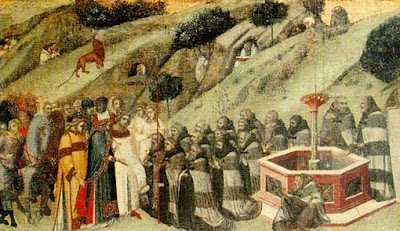 In 1191 a group of hermits settled at the foot of Mount Carmel, and dedicated themselves to the Blessed Mother Mary.  They became known as the "Brothers of Saint Mary of Mount Carmel.  In the thirteenth century the Brothers of Saint Mary requested a Rule from Albert, the Patriarch of Jerusalem.  He wrote the text for the Brothers, sometime between 1206 and 1214.  This text was modified by Pope Innocent IV in 1247 and became the official Rule for Carmelites which is still in use today.

In 1602 Sebastian Viszcaino following Juan Rodriguez Cabrillo’s route up the coast of what was then Alta California, anchored at Bahia de los Pinos and renamed it Puerto de Monterey. In his diary Vizcaino wrote, that “his men built a shelter under a great oak near the shore” where the three Carmelite friars who accompanied Viszcaino on his journey celebrated Mass on the beach.

Sebastian Viszcaino stayed three weeks at Puerto de Monterey exploring the area.  After hiking over the hill to the south he wrote that he had found another good port at the mouth of a river. 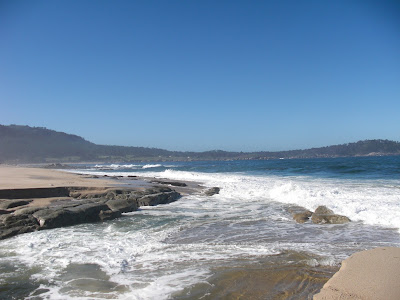 Viszcaino explored a
short distance up the river,

and named it
"El Rio Carmelo"

in honor of Father Andrew of the Assumption, Father Anthony of the Ascension, and Father Thomas of Aquinas the three Carmelite friars who had accompanied him on the expedition. The friars were said to have told Viszcaino that the land area reminded them of Mount Carmel in Palestine. 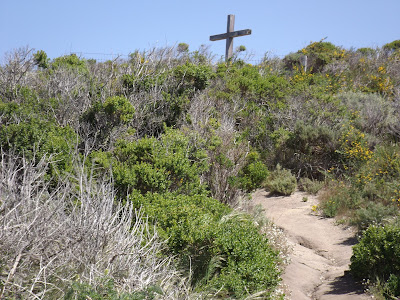 The Carmelites were granted as their missionary territory the area now known as California.  Yet it was a Franciscan, Blessed Father Junipero Serra who arrived in San Diego with Captain Gaspar de Portola in 1769 who established the first mission in Upper California at Presidio-Mission San Diego de Alcala. 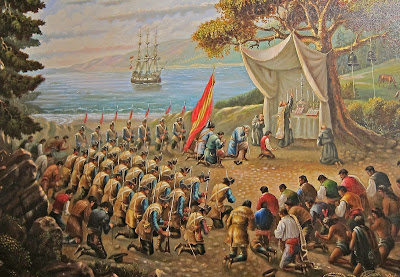 Serra went on to establish nine more missions, including the Carmel Mission, with a total of twenty-one missions eventually being established along the El Camino Real, from San Diego to Sonoma. 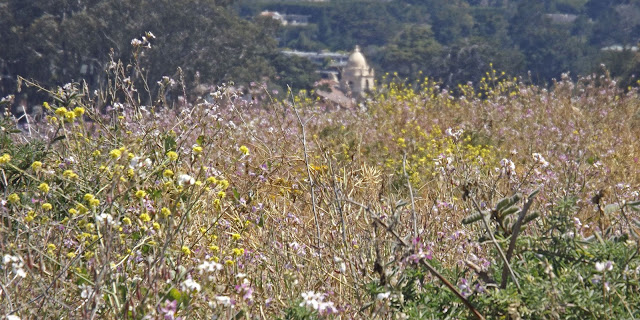 The Carmelites finally did return to Carmel in 1925. Bishop John Bernard MacGinley of Monterey and Fresno desired to found a Carmelite monastery in his diocese, and with a promise from Mother Augustine in Santa Clara to send five nuns to the new foundation in Carmel, California, the Carmel of Our Lady and St Therese was established October 23, 1925. 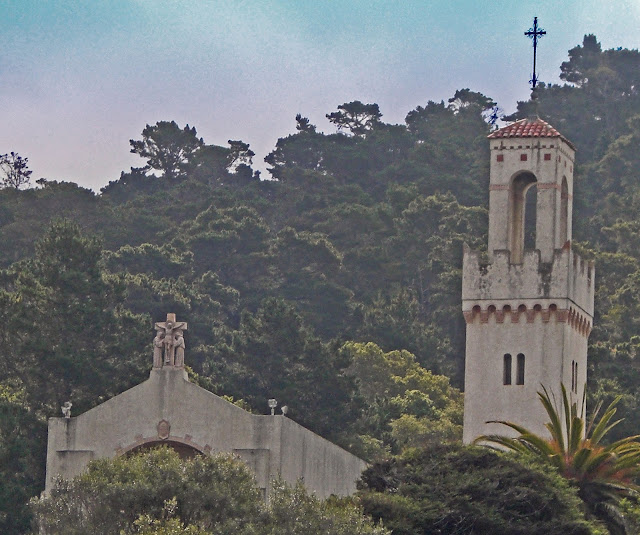 So now you know that Carmel-by-the-Sea, the garden

on the edge of a body of water,

takes her name from the Carmel River, El Rio Carmelo, which was named in honor of three Carmelite priests who thought the area reminded them of their monastery home at Mount Carmel. 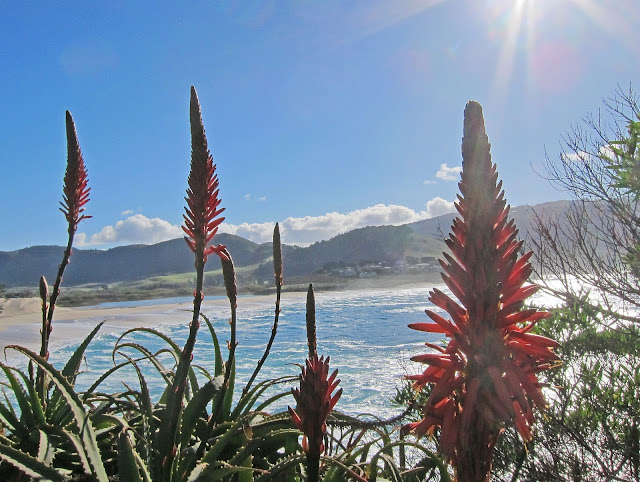 Posted by Adventures of A Home Town Tourist at 3:12:00 PM

Labels: Carmel, Carmelites, History, How Carmel Gets Her Name, Name

Purchase at Amazon - - Contains Google Map on acknowledgement page showing where all historic homes are located!