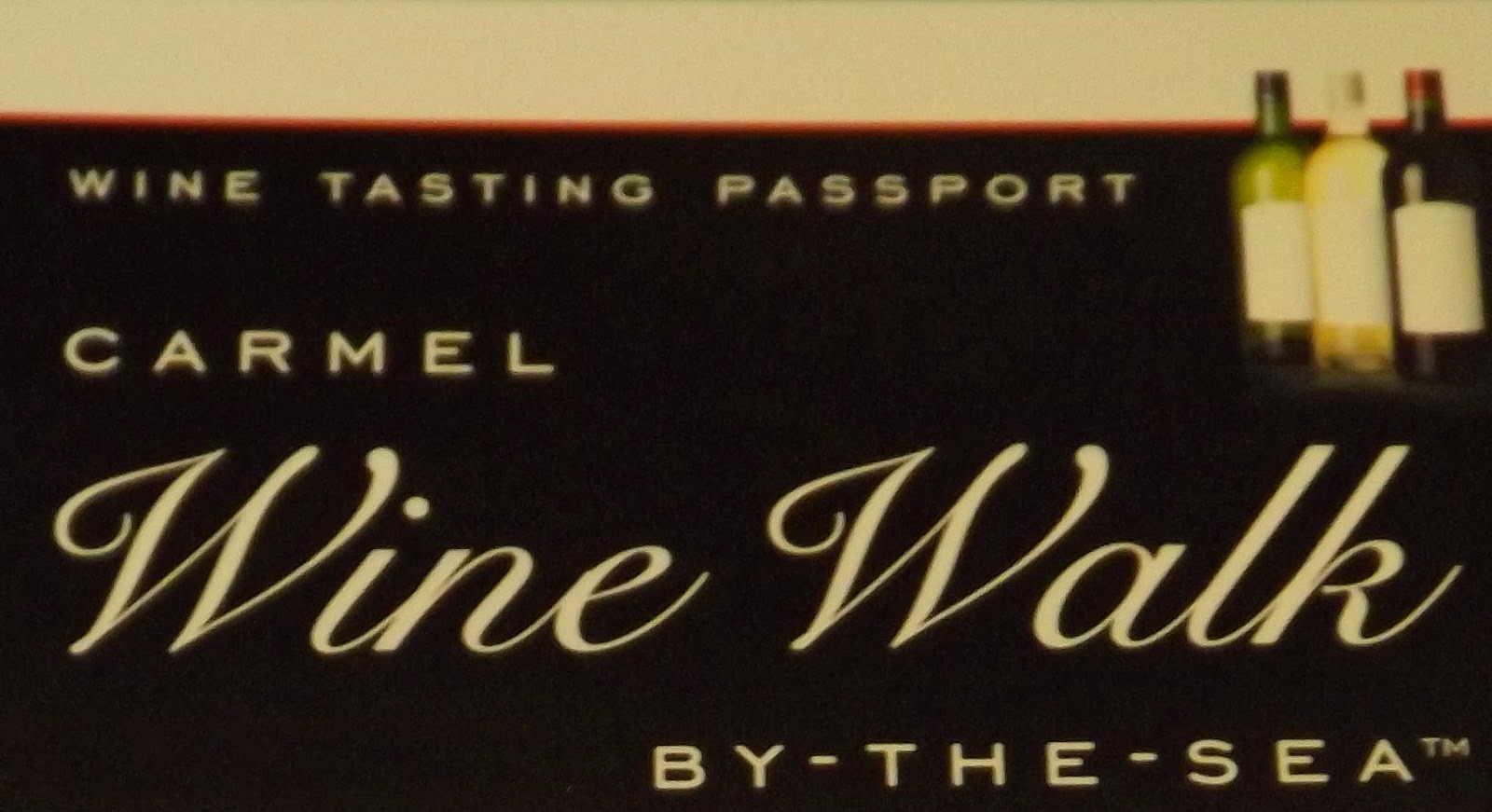 The following wine rooms on the Carmel Wine Walk by-the-Sea Passport are all located on Dolores between Ocean Avenue and Seventh Avenue.  They are listed as #10, #11, and #12 on the street map. This map is also shown at the end of this post. 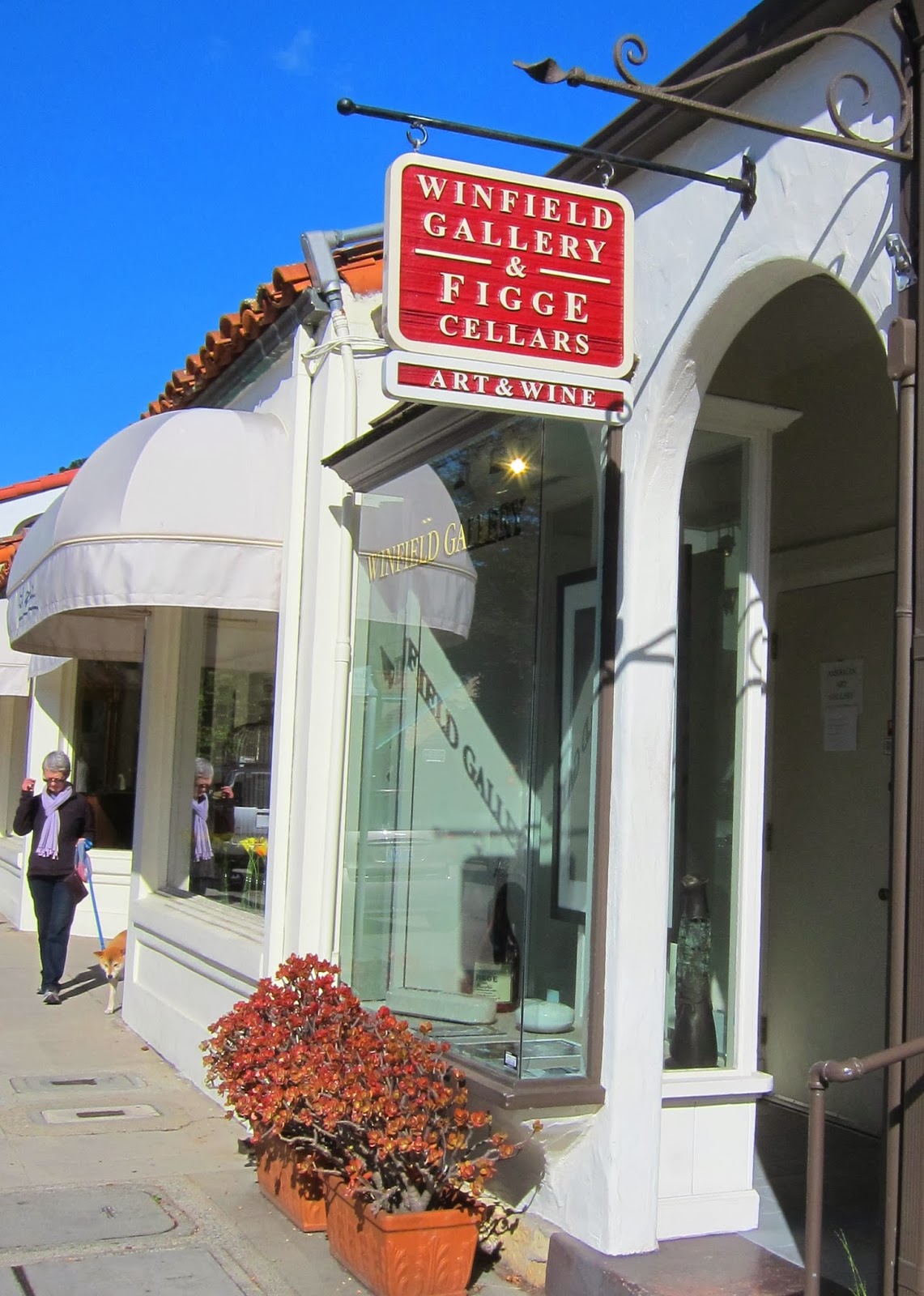 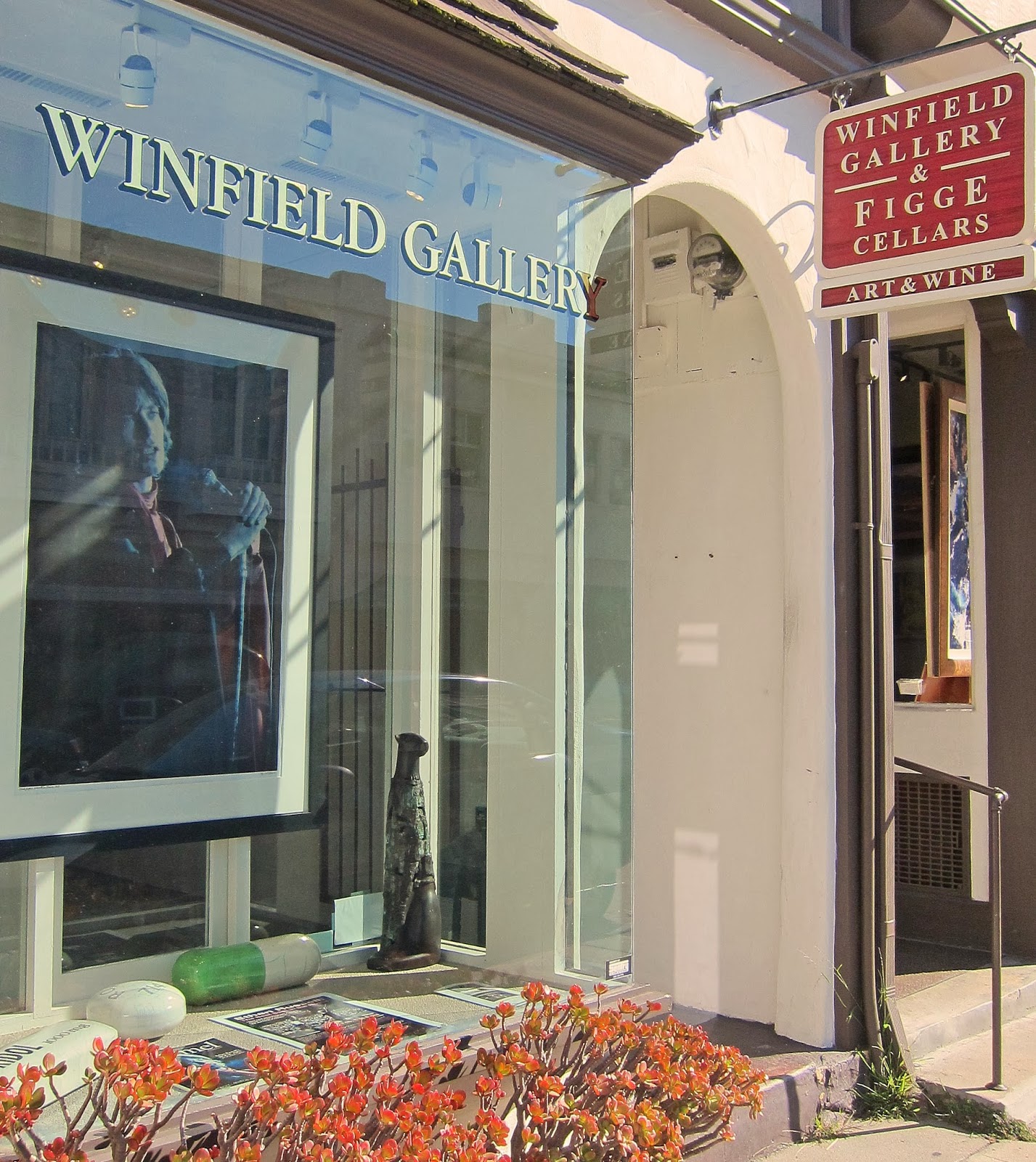 Peter Figge opened Figge Cellars in 2004.  He is the grape grower, the chief winemaker, and bottler.  Peter handpicks his grapes from local vineyards, Pelio in Carmel Valley, Parasio and La Reina in Santa Lucia Highlands, and Sycamore Flat in Arroyo Seco. 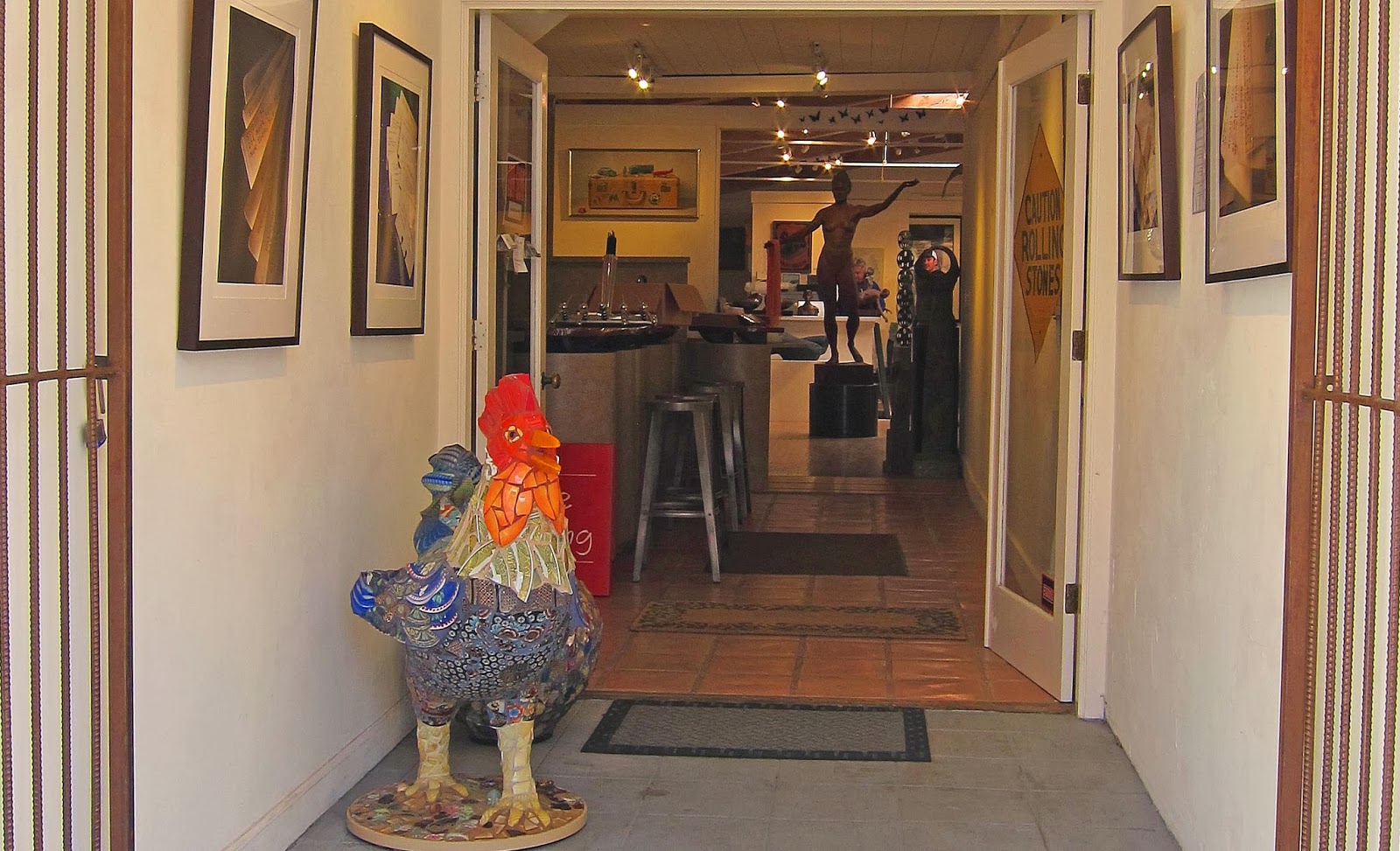 With subtle flavors, each bottle of Figge wine gives off a distinctive sense of the place, specific to their terroir, where the grapes were grown. 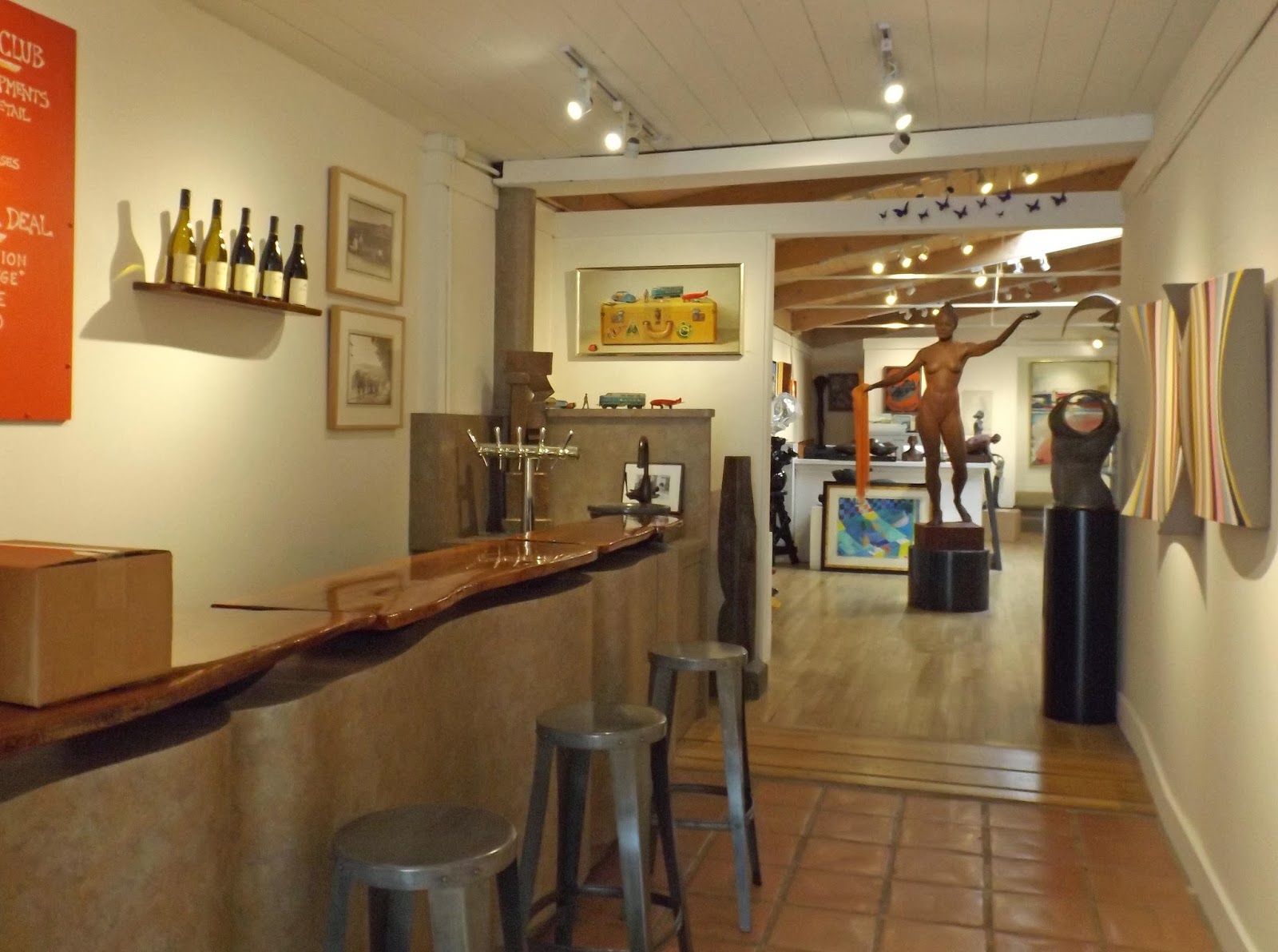 In a celebration of art and wine, Figge is located inside Winfield Art Gallery so that you can enjoy your wine while strolling through the gallery.  Taste a flight of three 2 ounce pours for $9 or a flight of 5 for $12. 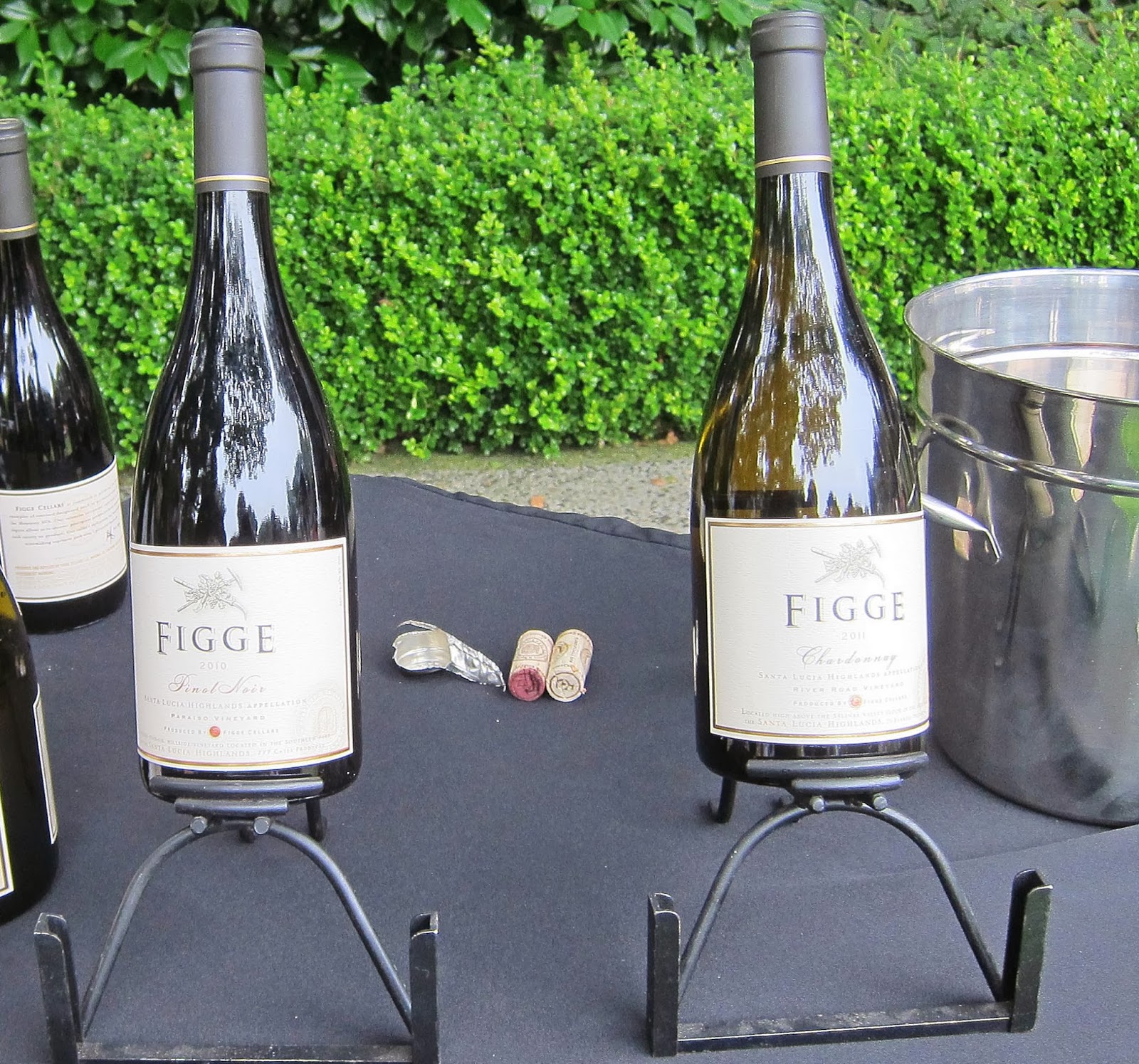 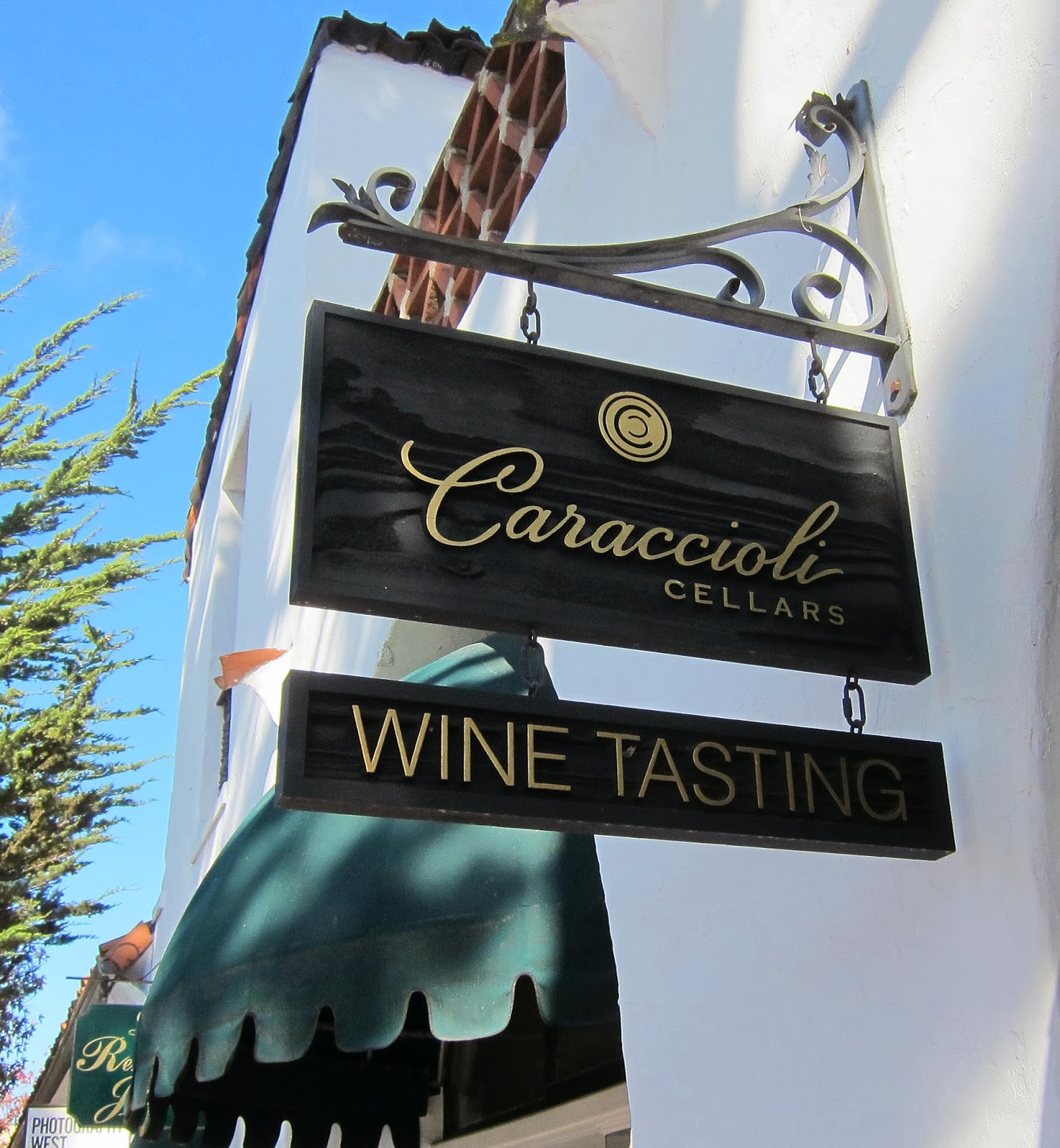 Salinas Valley native, Gary Caraccioli launched Caraccioli Cellars in 2006 after convincing his uncle and brother to go into the wine making business with the goal of making an exclusive and original wine to the Santa Lucia Highlands.  This turned out to be a sparkling wine. 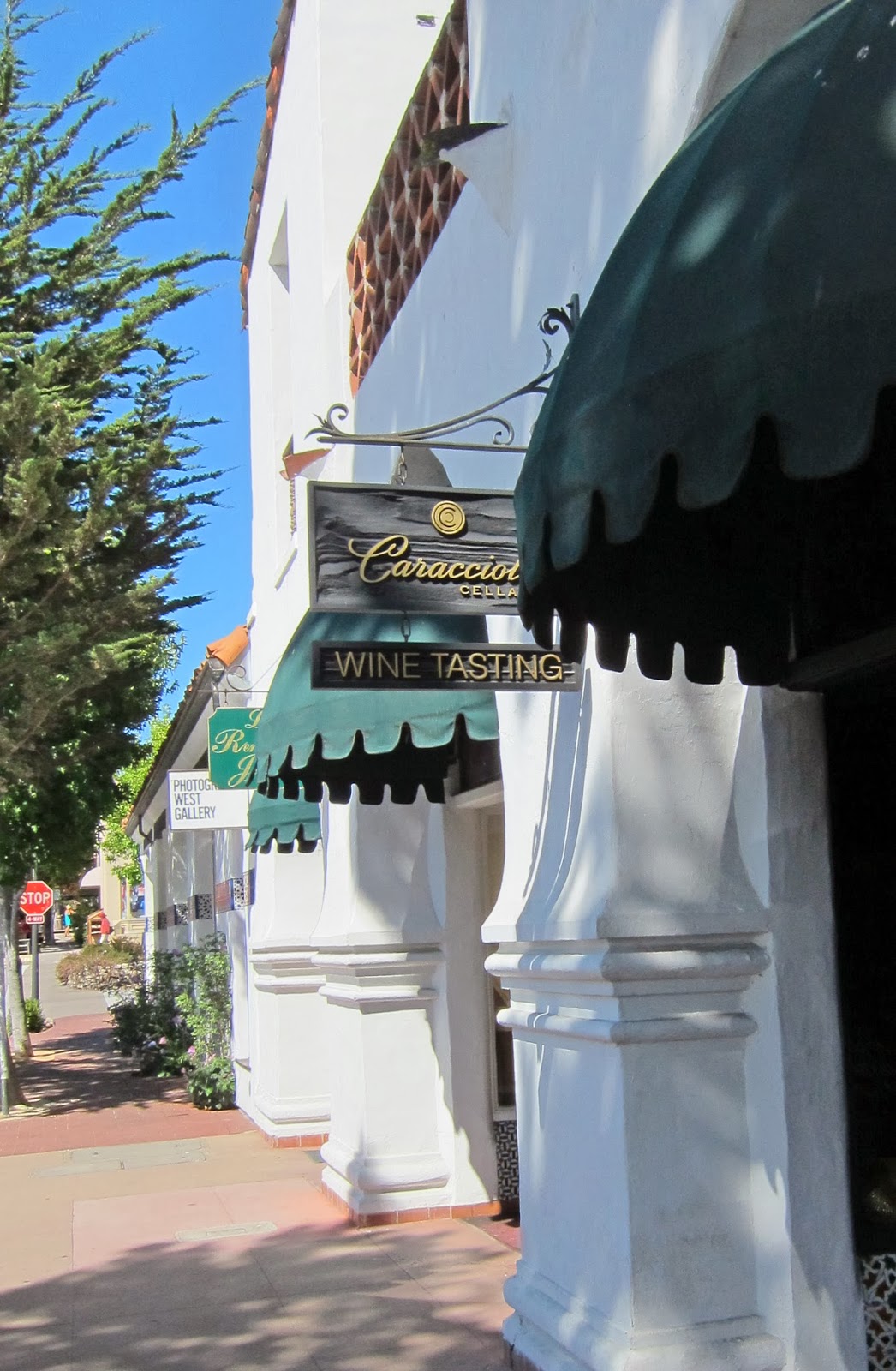 The Caraccioli family teamed up with Joe Rawitzer  and Michel Salgues.  Joe is said to have began wine making at the age of four, but did receive a degree in biochemistry and studied wine making and enology at UC Davis Extension before pursing wine making as his career.  Michel Salgues, who is the head winemaker at Caraccioli was born in France and reputedly the finest sparkling wine maker in California. 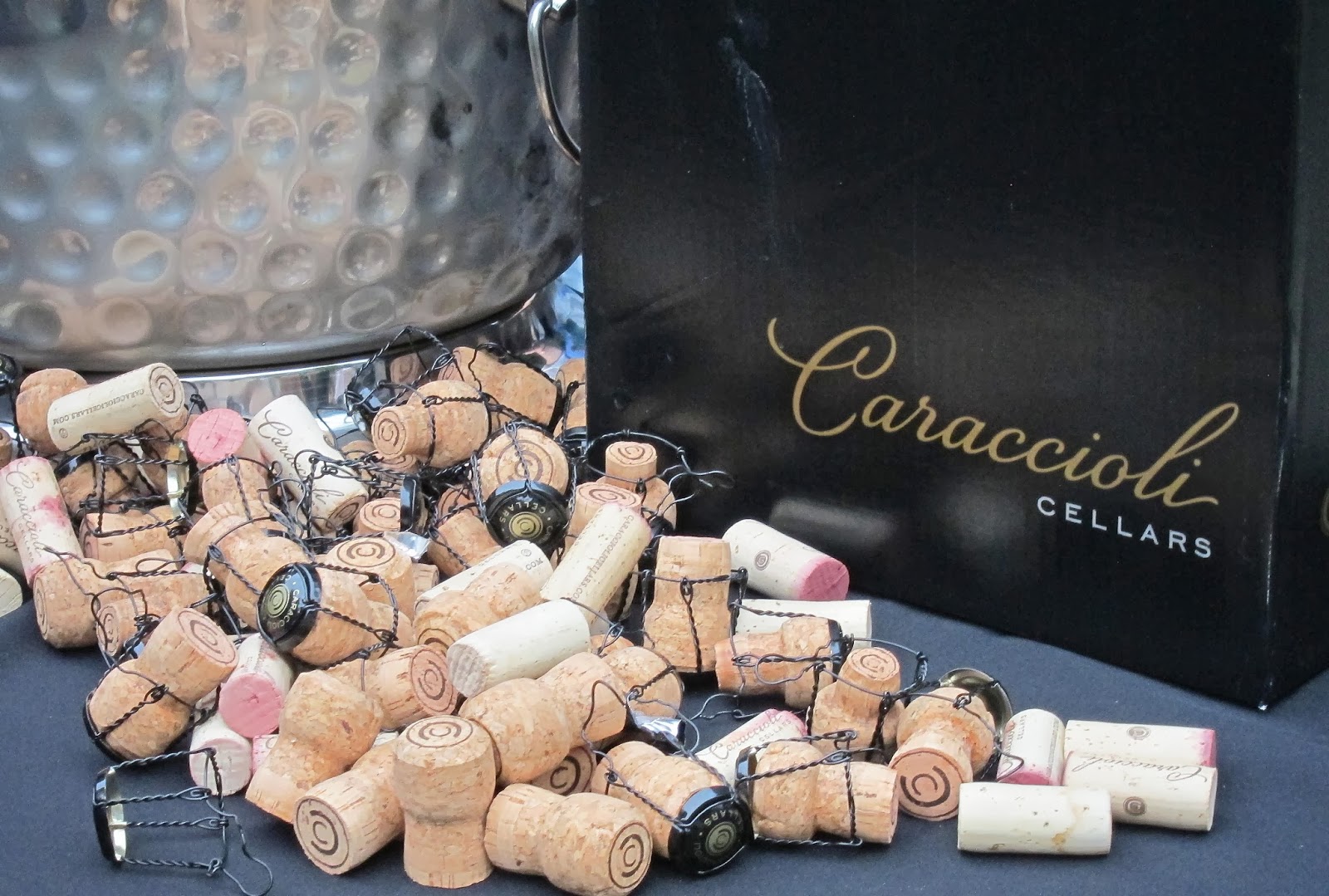 The Caraccioli family is serious about their sparkling wine, which undergoes a labor-intensive secondary fermentation, called méthod champenoise to create all the bubbles in their Brut Cuvée.  They also not only abide by the French law on Champagne but exceed it. French law requires Champagne Houses in France use only the first 150 gallons of juice extracted from each ton of grapes.  Caraccioli Cellars uses only the first 120 gallons providing the best ‘heart’ juice from each grape. 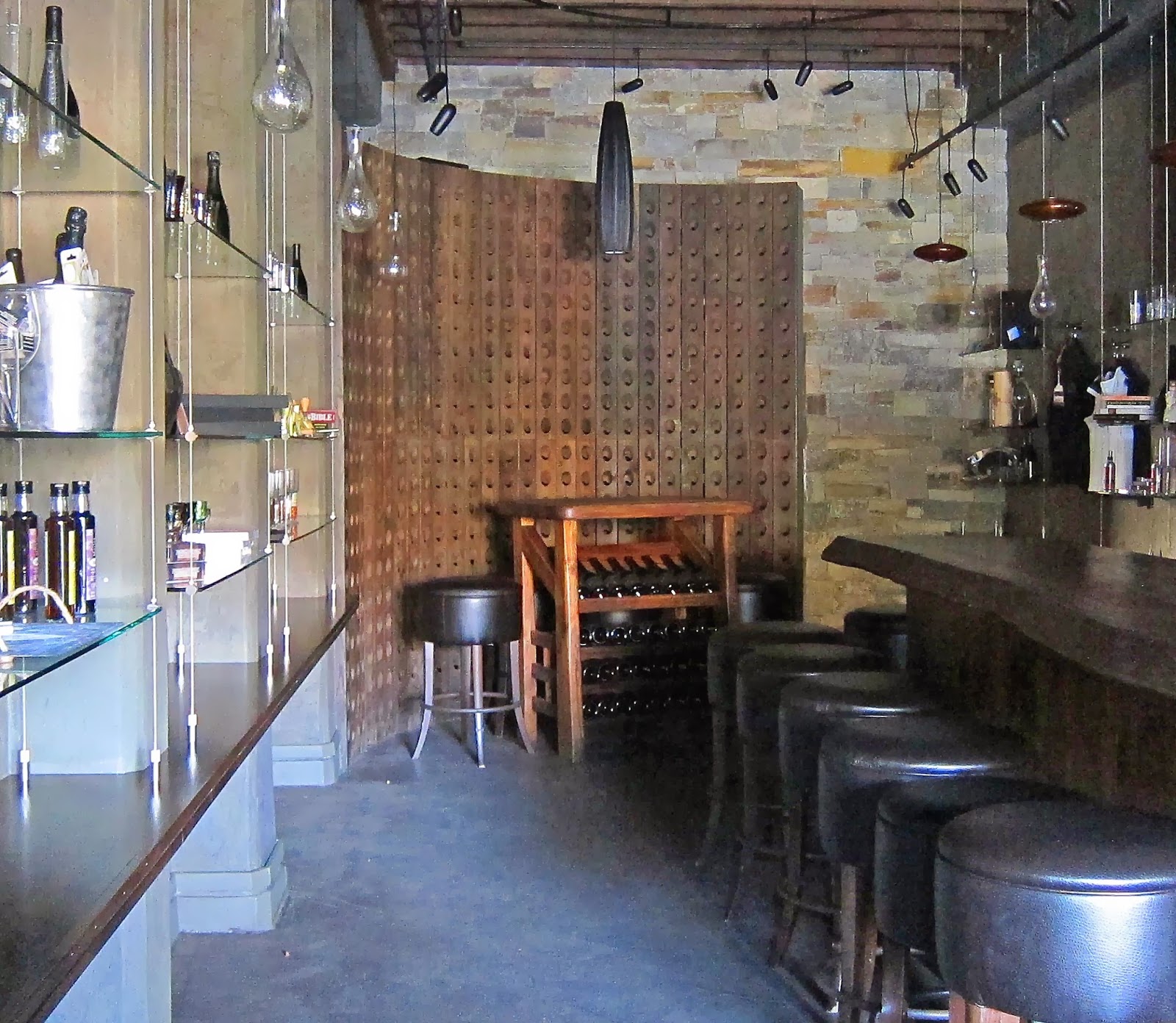 The Caraccioli Cellars tasting room is located on the north side of Dolores between Ocean and Seventh.  The tasting room features a long Perota bar slab which offers plenty of space to sample a flight of wine.  Besides their sparkling wine, Caraccioli also offers a Pinor Noir and Chardonnay made from grapes from their Santa Lucia Highlands vineyard. 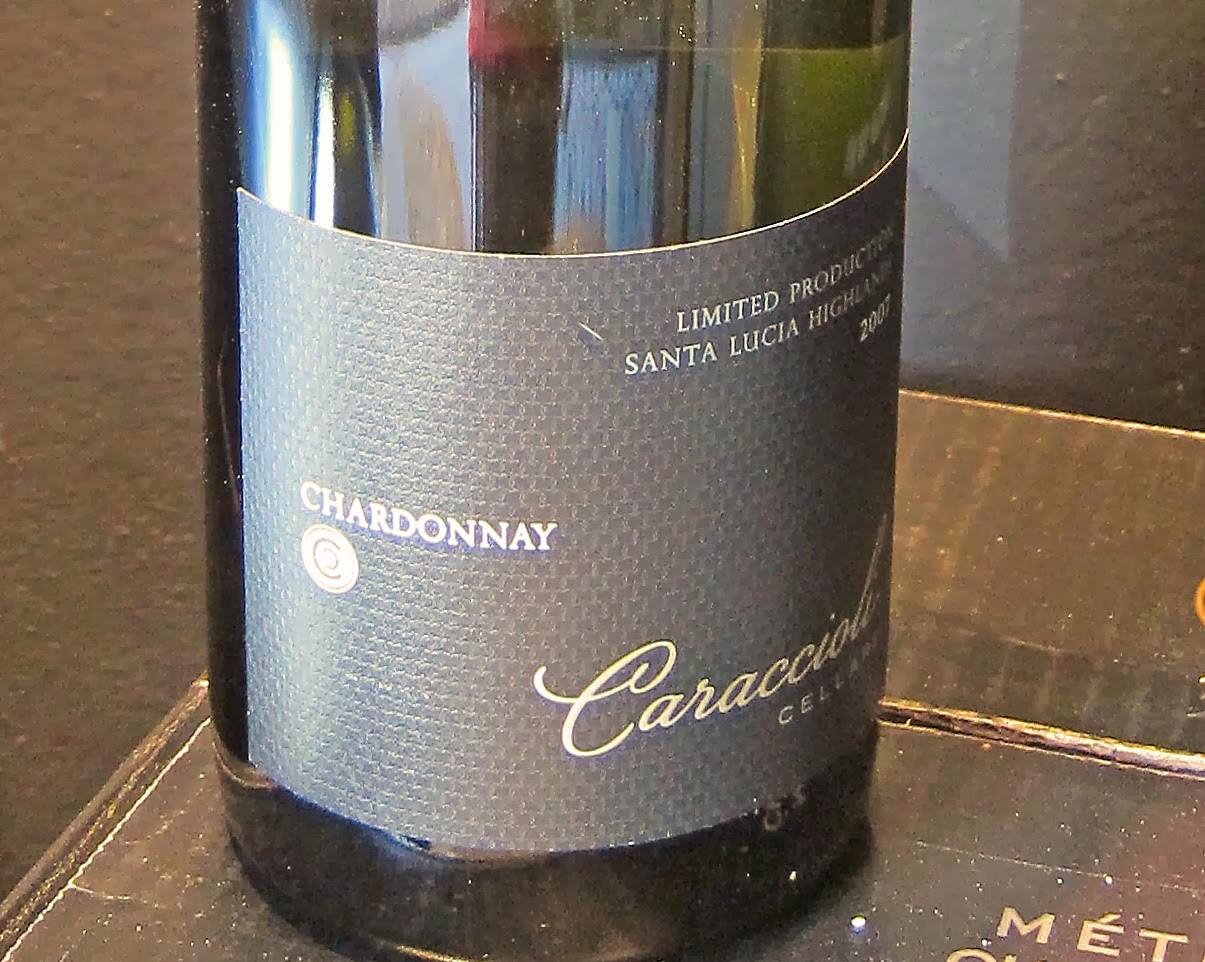 A Caraccioli Full Flight, taste of any of their six wines is $15.  Pair this with a small plate of Caraccioli's cheese and charcuterie , Mediterranean olives or home made Bruschetta for $4 to $10.  Or after dinner pair the 91 Point Caraccioli Cellars 2006 Brut Rosé Santa Lucia Highlands and Moonstruck Chocolate Truffles. 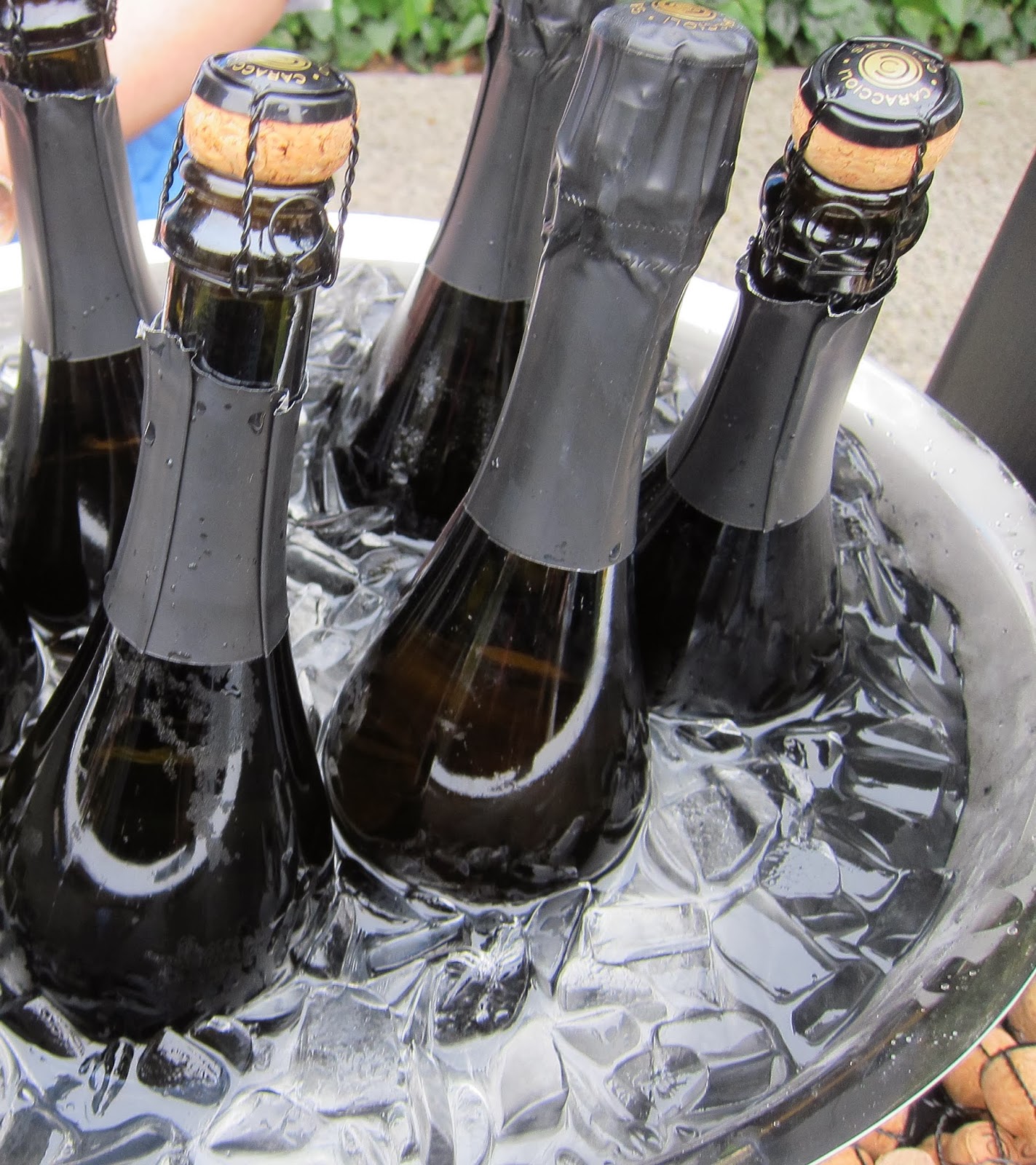 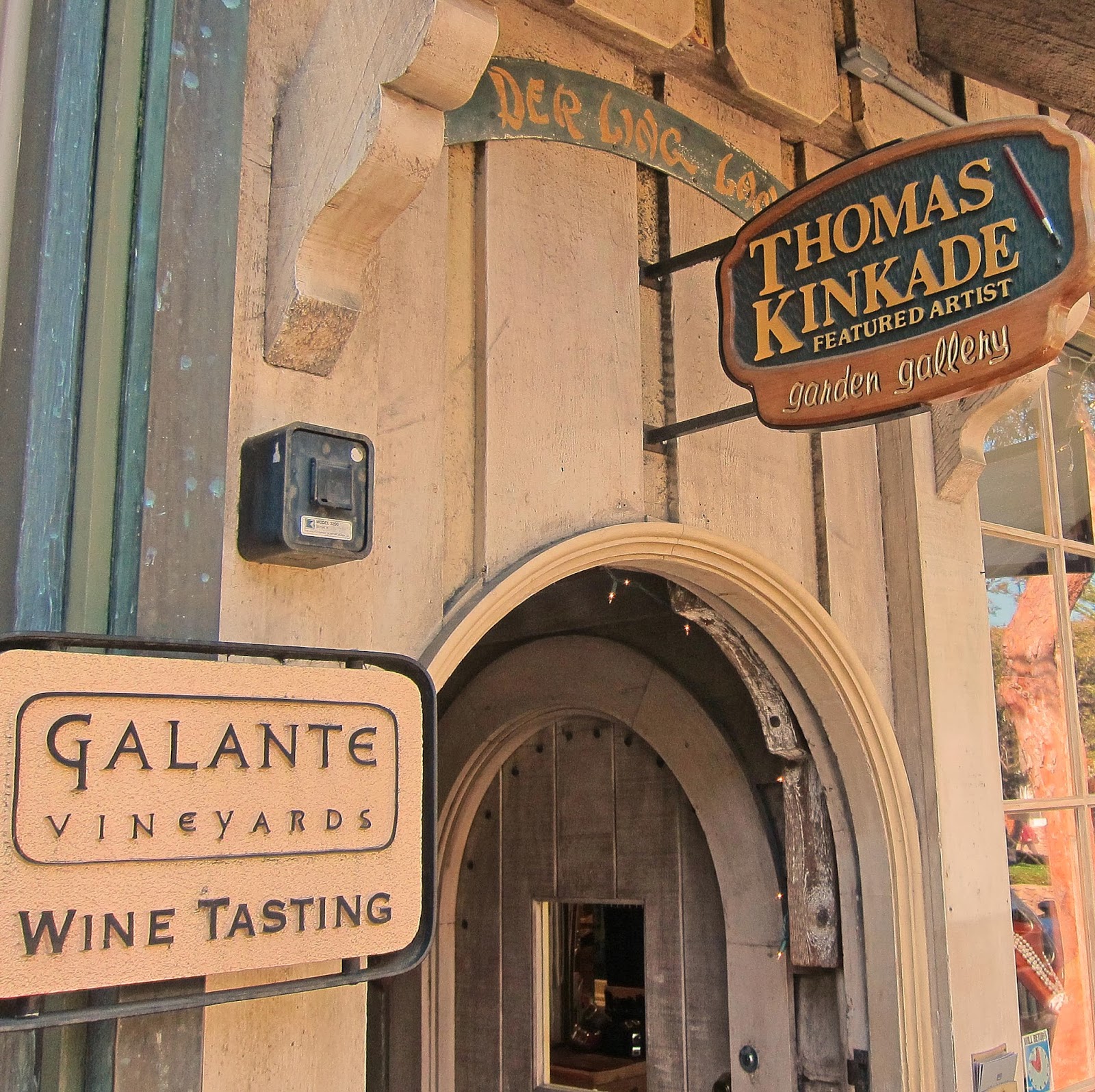 Galante Vineyards has the pleasure of being the first tasting room in Carmel-by-the-Sea, having opened in 2004.  Galante tasting room is located in one of Carmel's quaint courtyards. 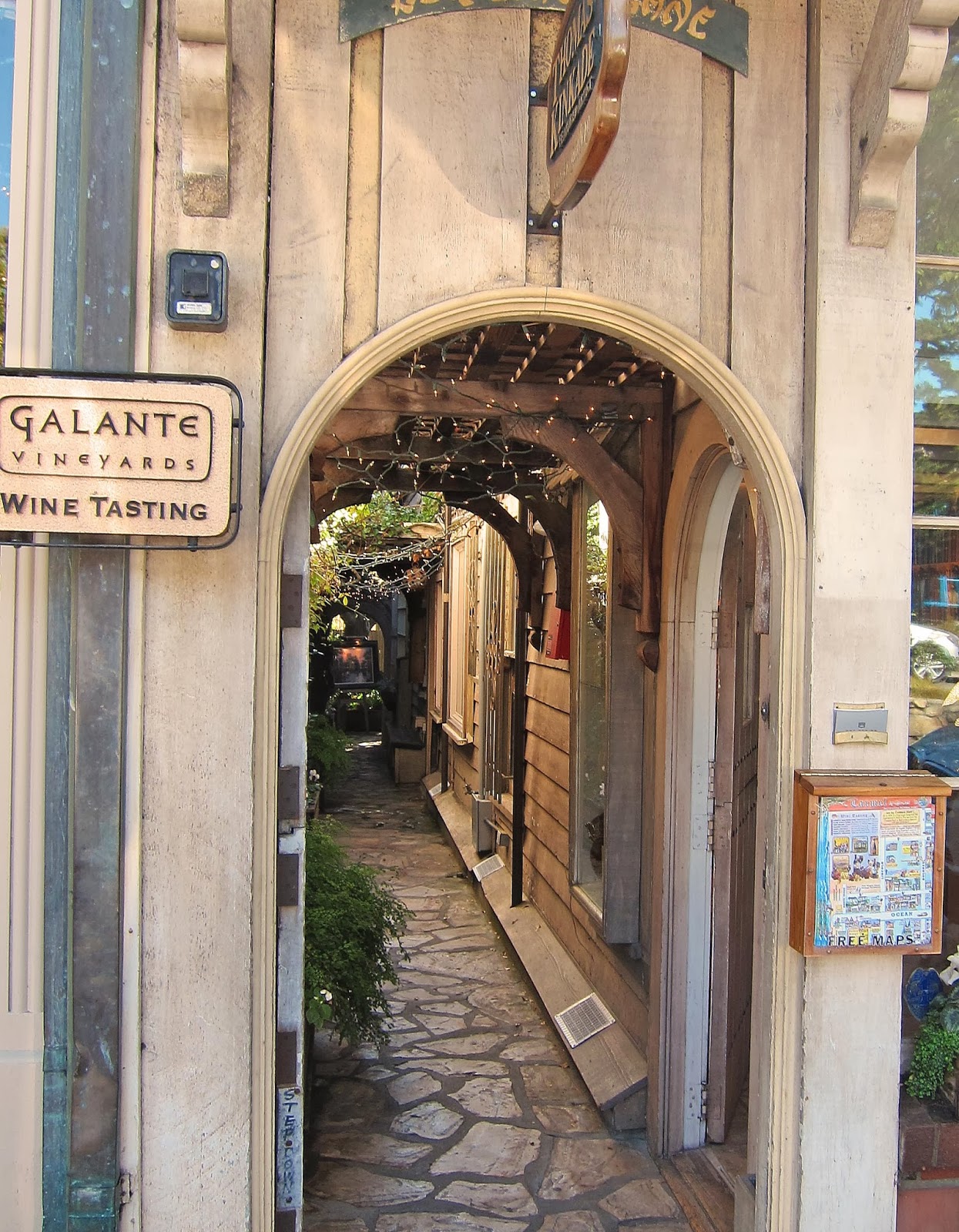 It can be reached by one of our secret passageways via Der Ling Lane located under the arch doorway on the south side of Ocean Avenue between Dolores and Lincoln. How Der Ling Lane received this name is another story and part of my self-guided walk and history of Ocean Avenue.

Or when strolling down the west side of Dolores between Ocean and Seventh Avenue you might come across Cowboy Galante he will point you in the right direction of the tasting room behind Piccadilly Park. 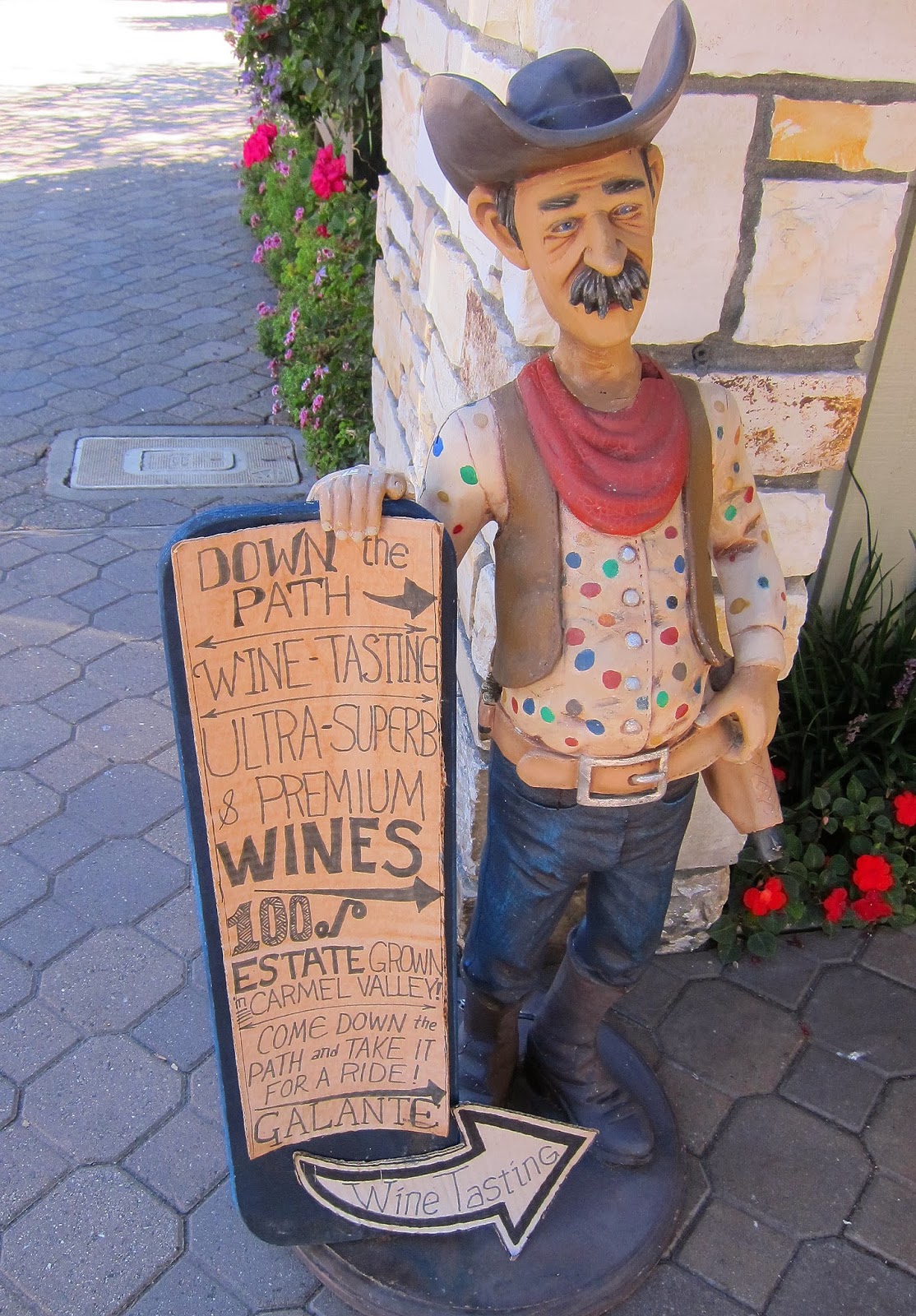 The Galante Family history goes way back, back to 1902 when James Frank Devendorf and Frank Powers filed a new subdivision map that would eventually become the core of the village of Carmel.  Jack Galante, the owner of Galante Vineyards is the great grandson of the Father of Carmel, Frank Devendorf. 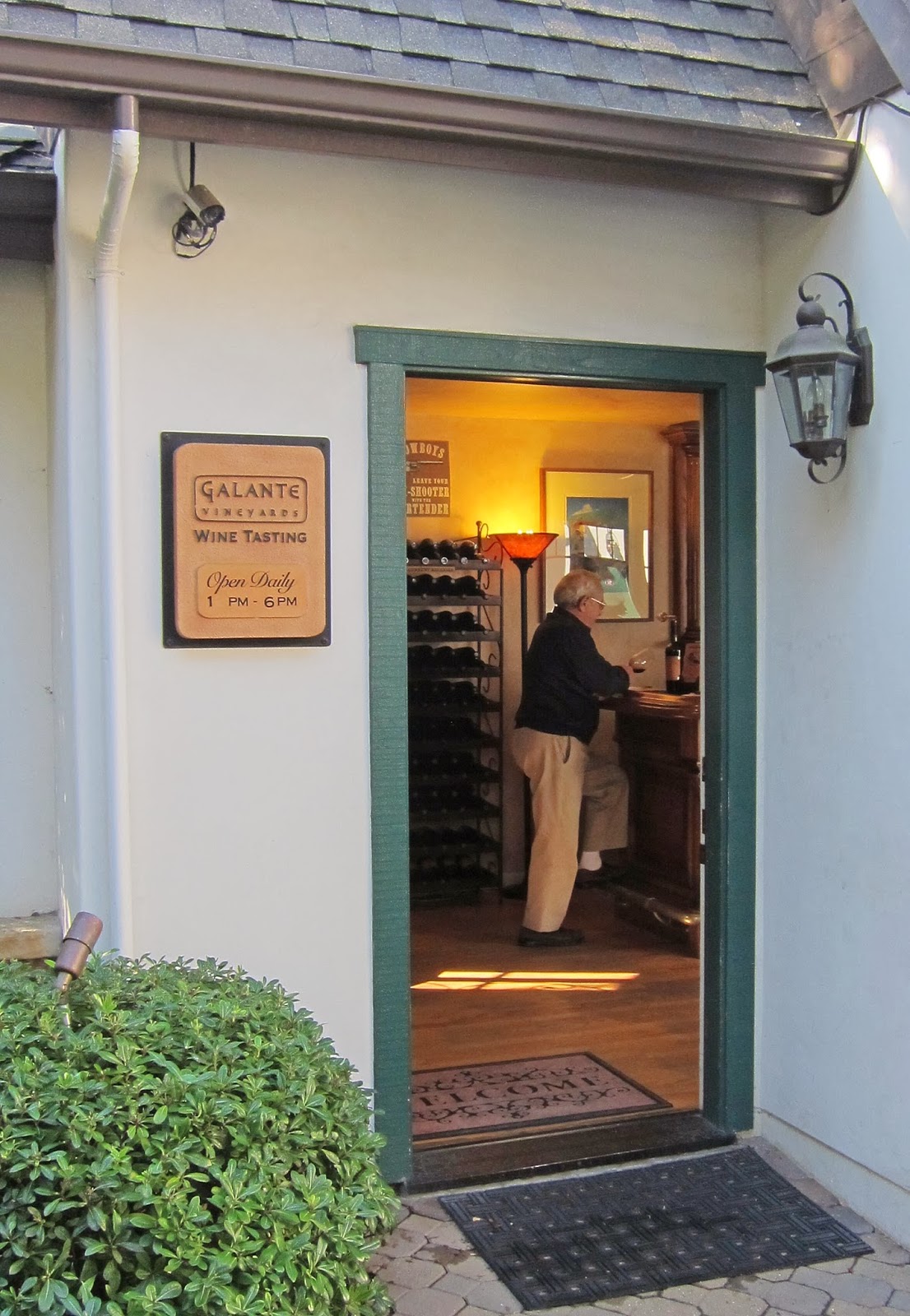 In 1969, Jack’s parents purchased a 700 acre cattle ranch in Carmel Valley.  While ranching they began growing grapes on their property. 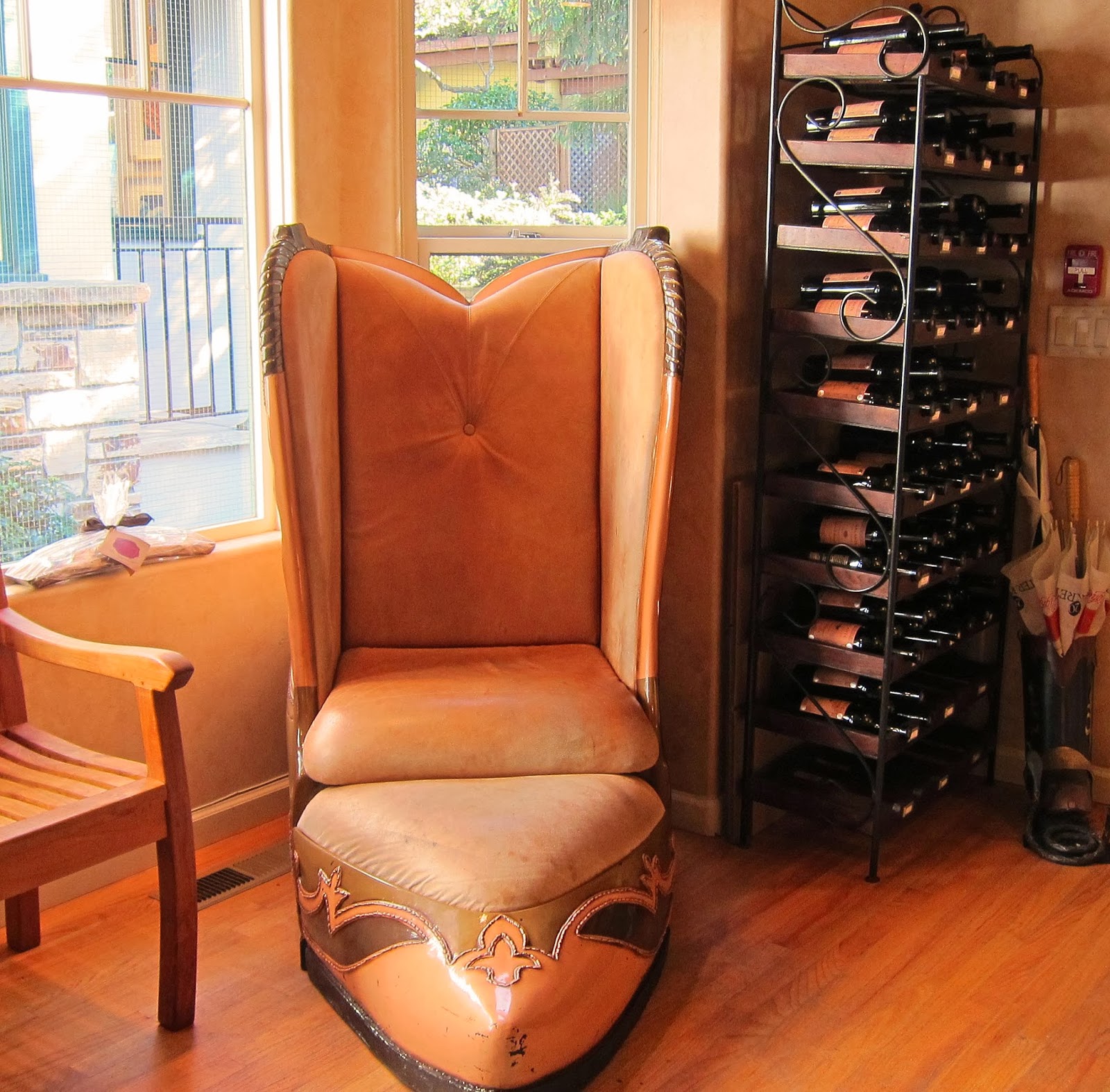 In 1994, Jack built a winery to produce their 100% estate wines.  Today Galante Vineyards is known for their premier Cabernet Sauvignon.  Their tasting room has a rustic western theme.  Check out the overstuffed cowboy boot chair or rocking chair built out of wine barrels. 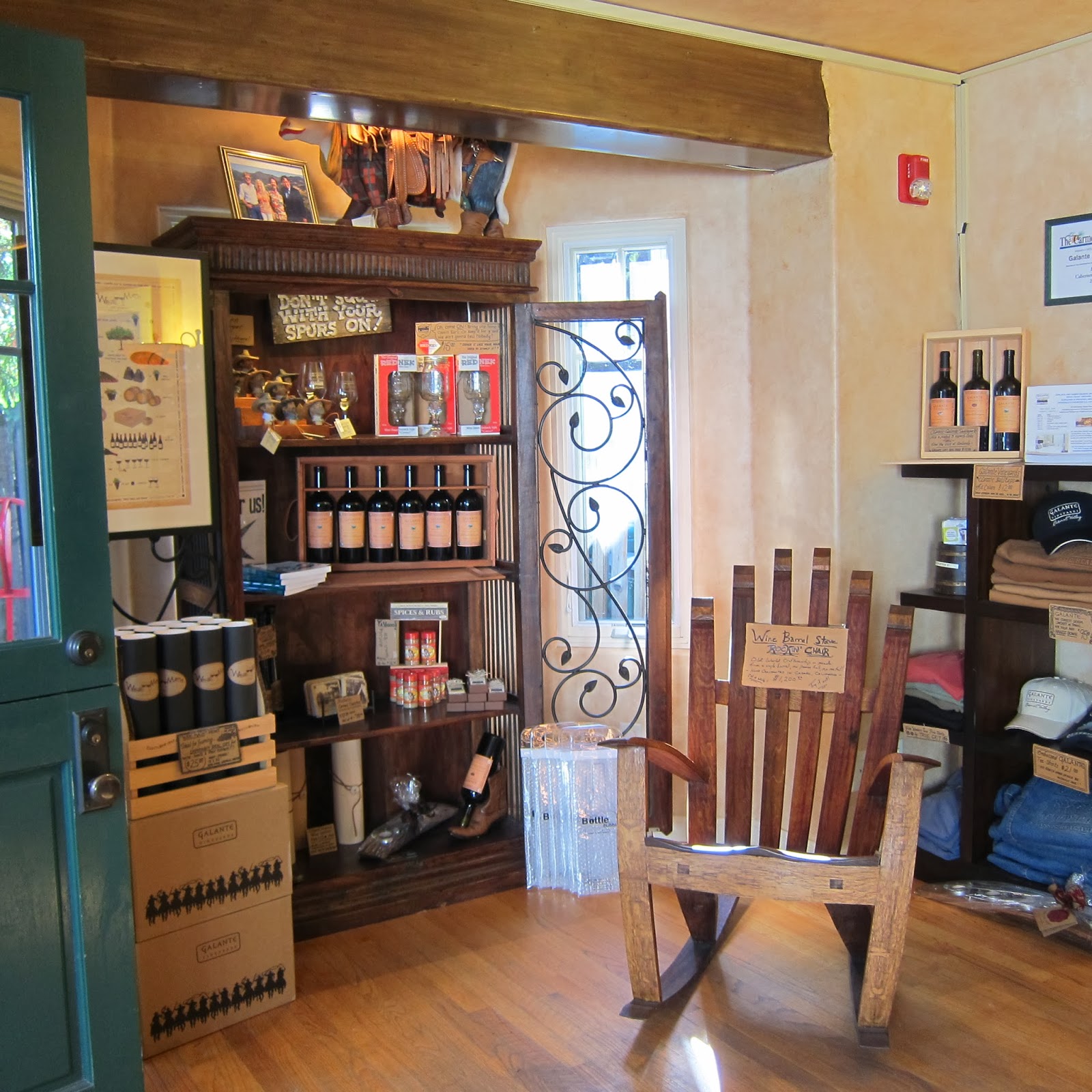 Besides Cab, Galante is known for its Malbec, Petite Sirah, Merlot and Pinot’s, stop in and enjoy a flight. 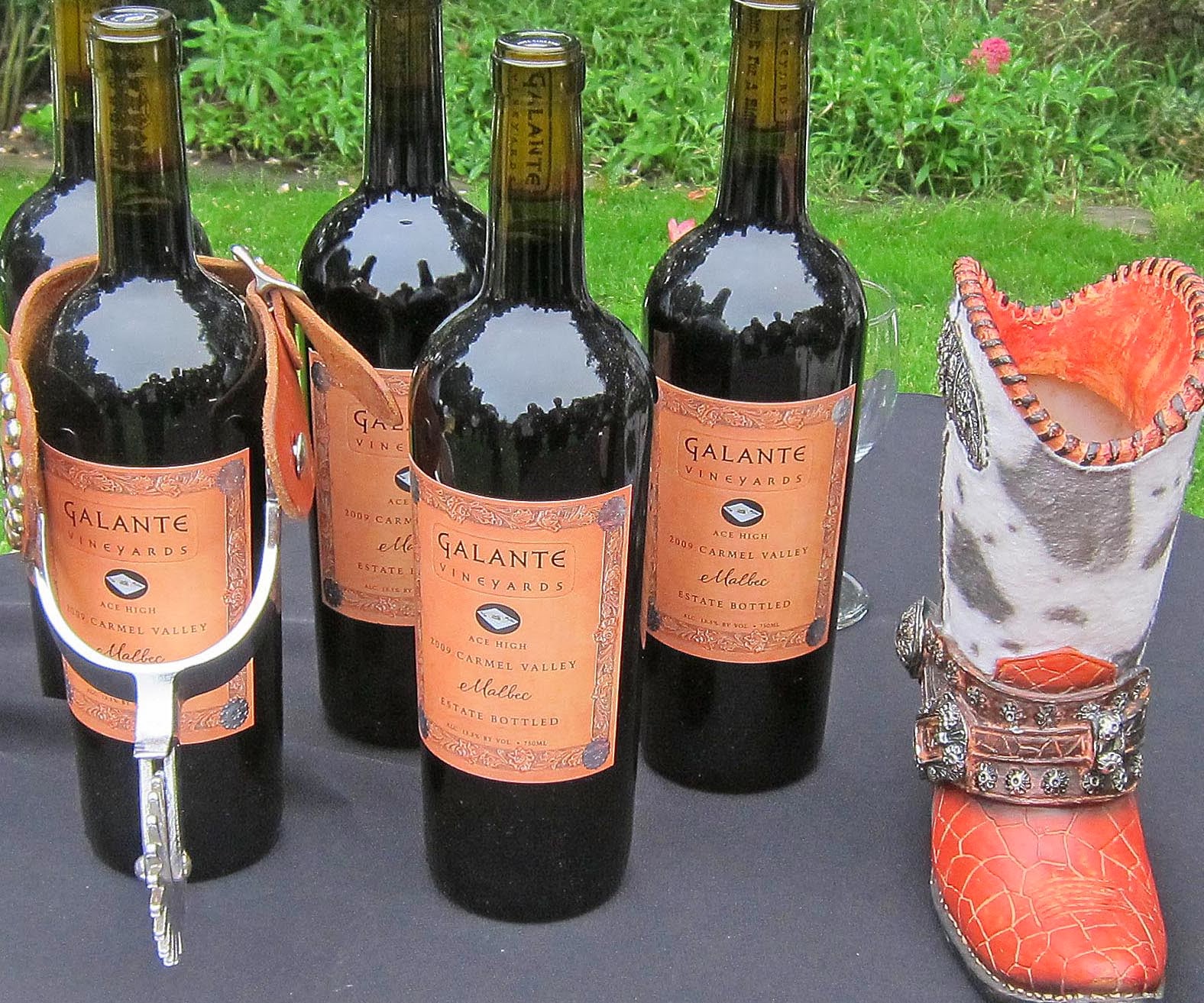