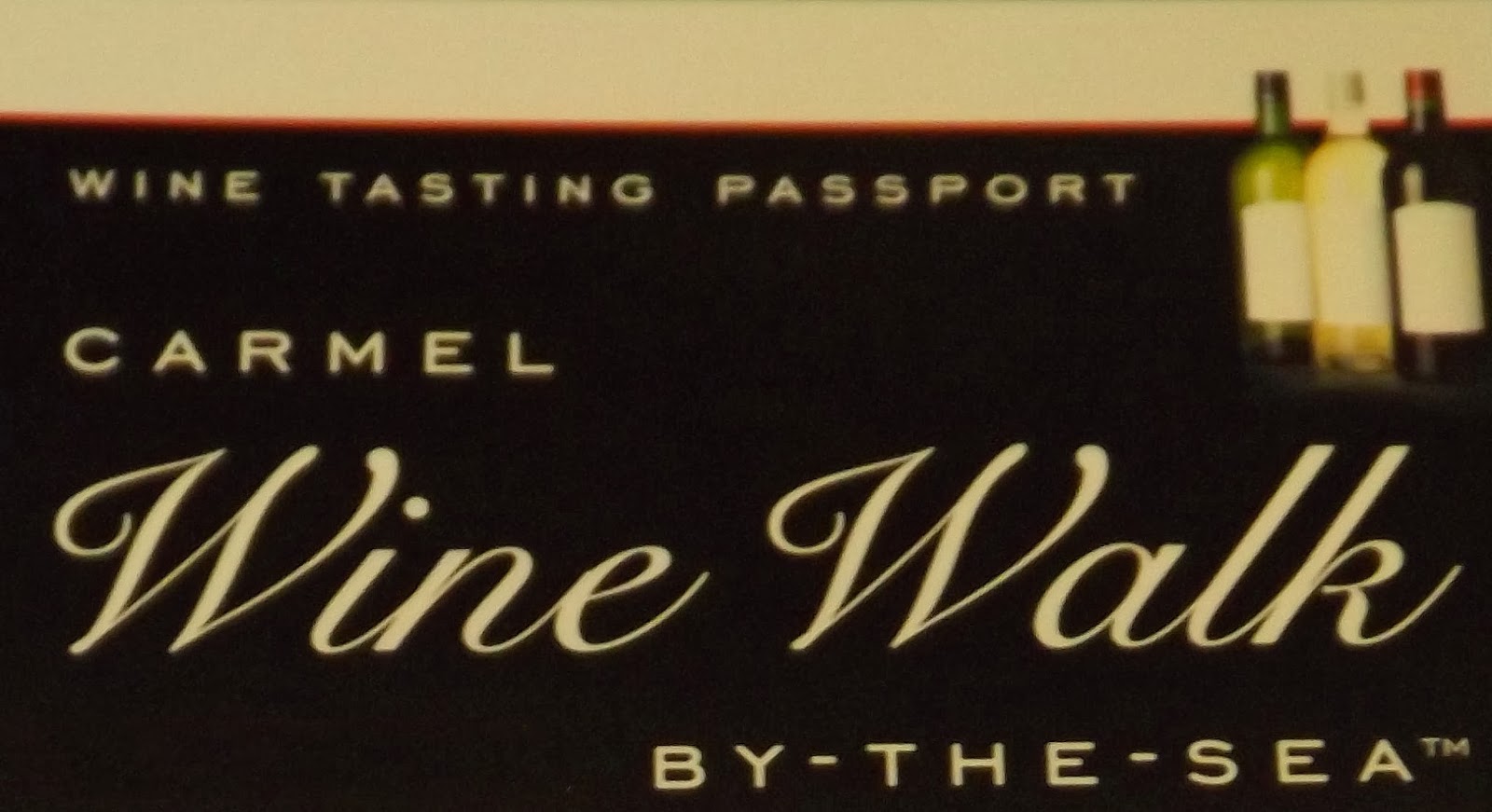 The following three wine rooms on the Carmel Wine Walk by-the-Sea Passport are located in The Paseo Courtyard on San Carlos.  They listed as #5, and #6 on the street map also shown at the end of this post. 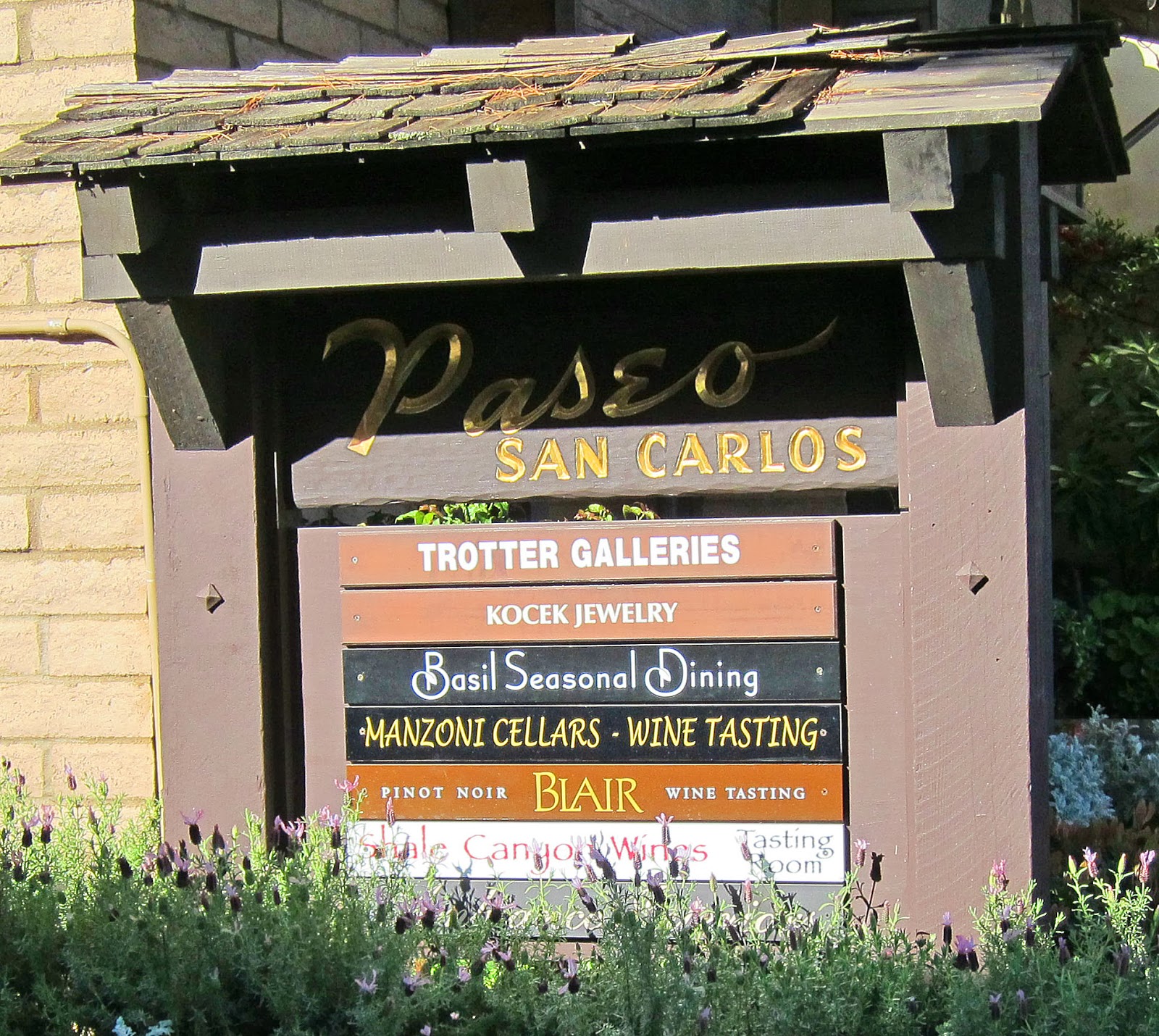 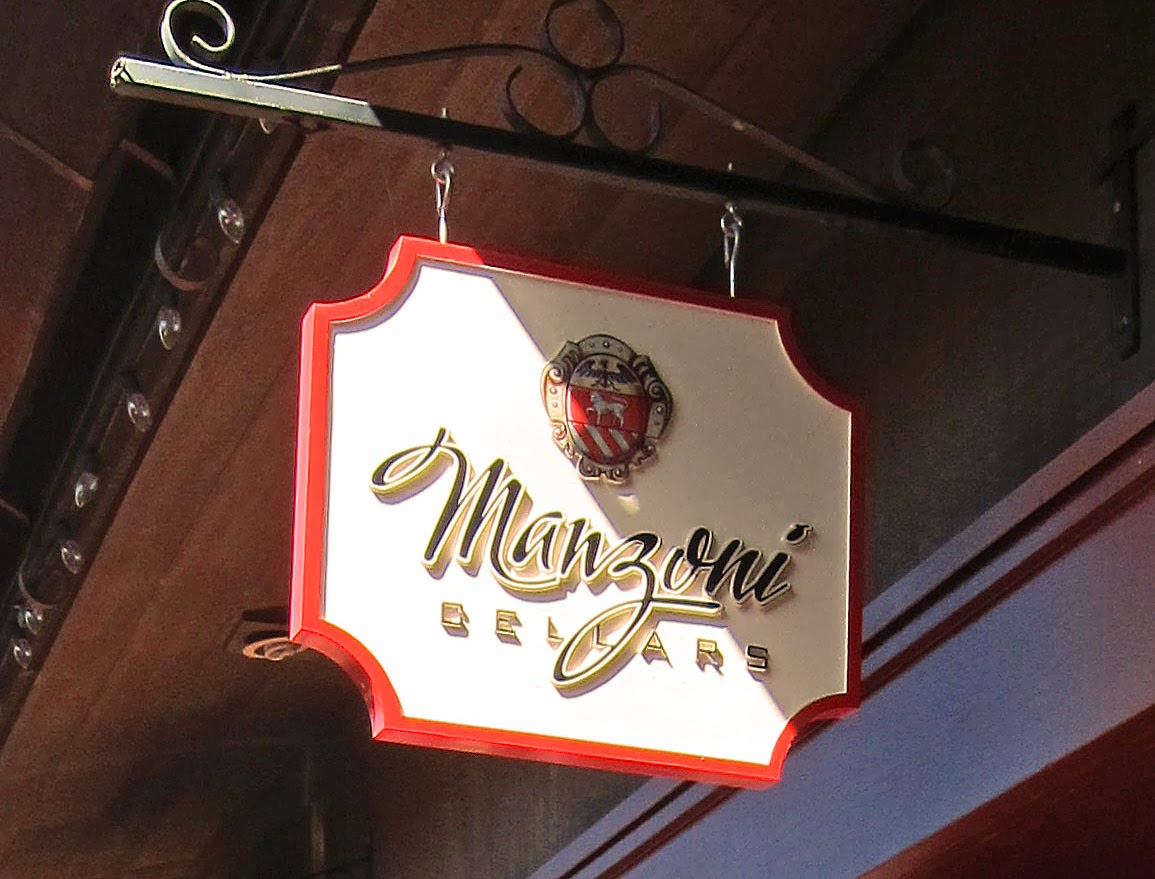 The Manzoni family has lived and farmed in the Santa Lucia Highlands since the 1930’s.  Initially in the dairy business which evolved to crop farming and finally into wine making when the family converted six acres of land into vine rootstock in the 1990’s. 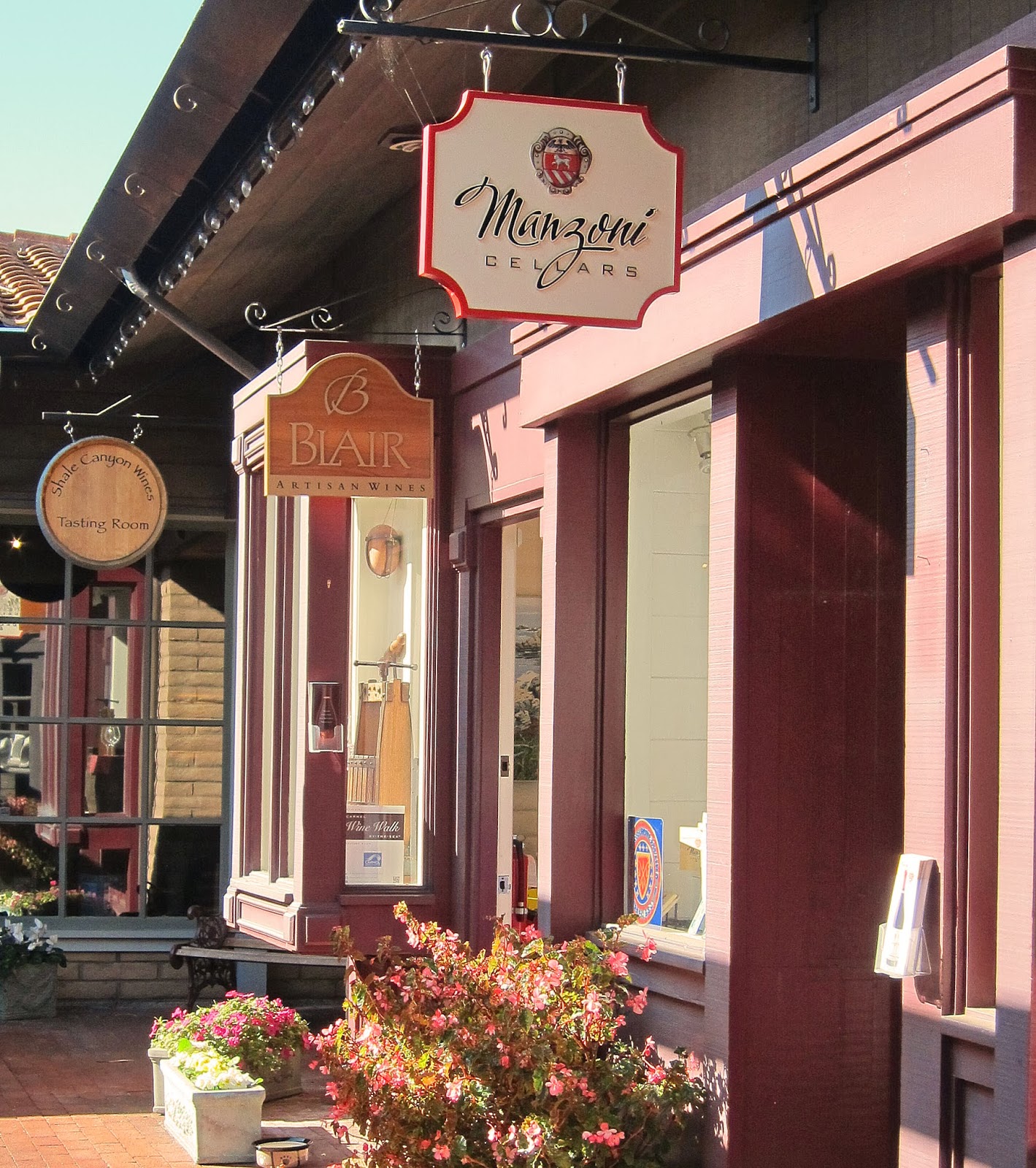 Manzoni Vineyards' small estate vineyard, produces just 2000 cases of wine a year. With their wines continually scoring 90+ points it is clear that they strive for quality not quantity. 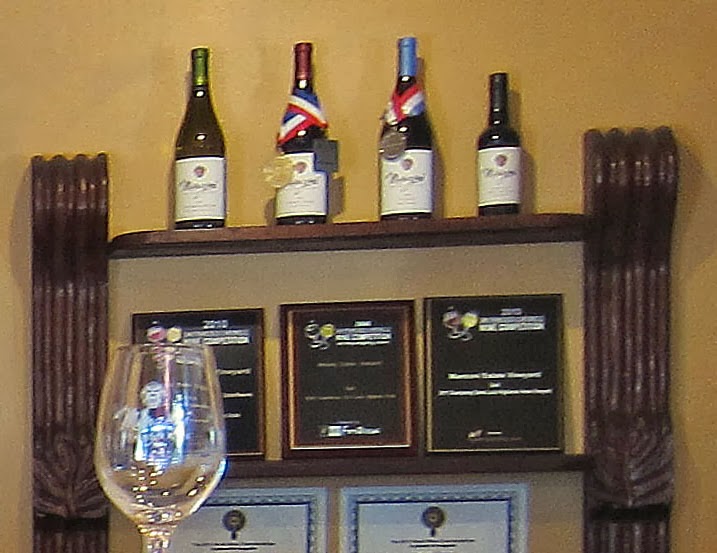 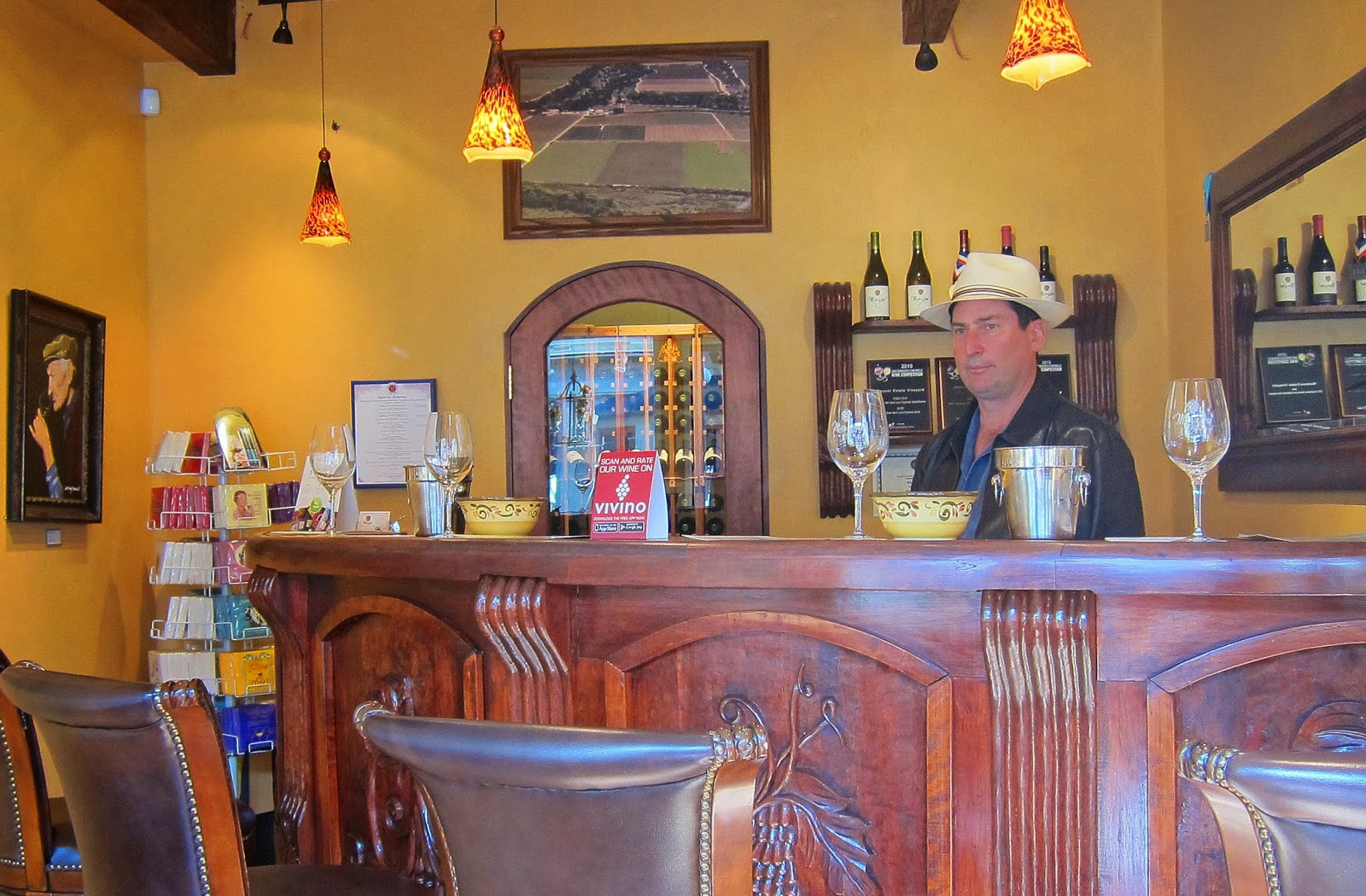 Their boutique wine room complete with massive antique bar is located in The Paseo Courtyard on San Carlos between Ocean and 7th, across from Basil Carmel. 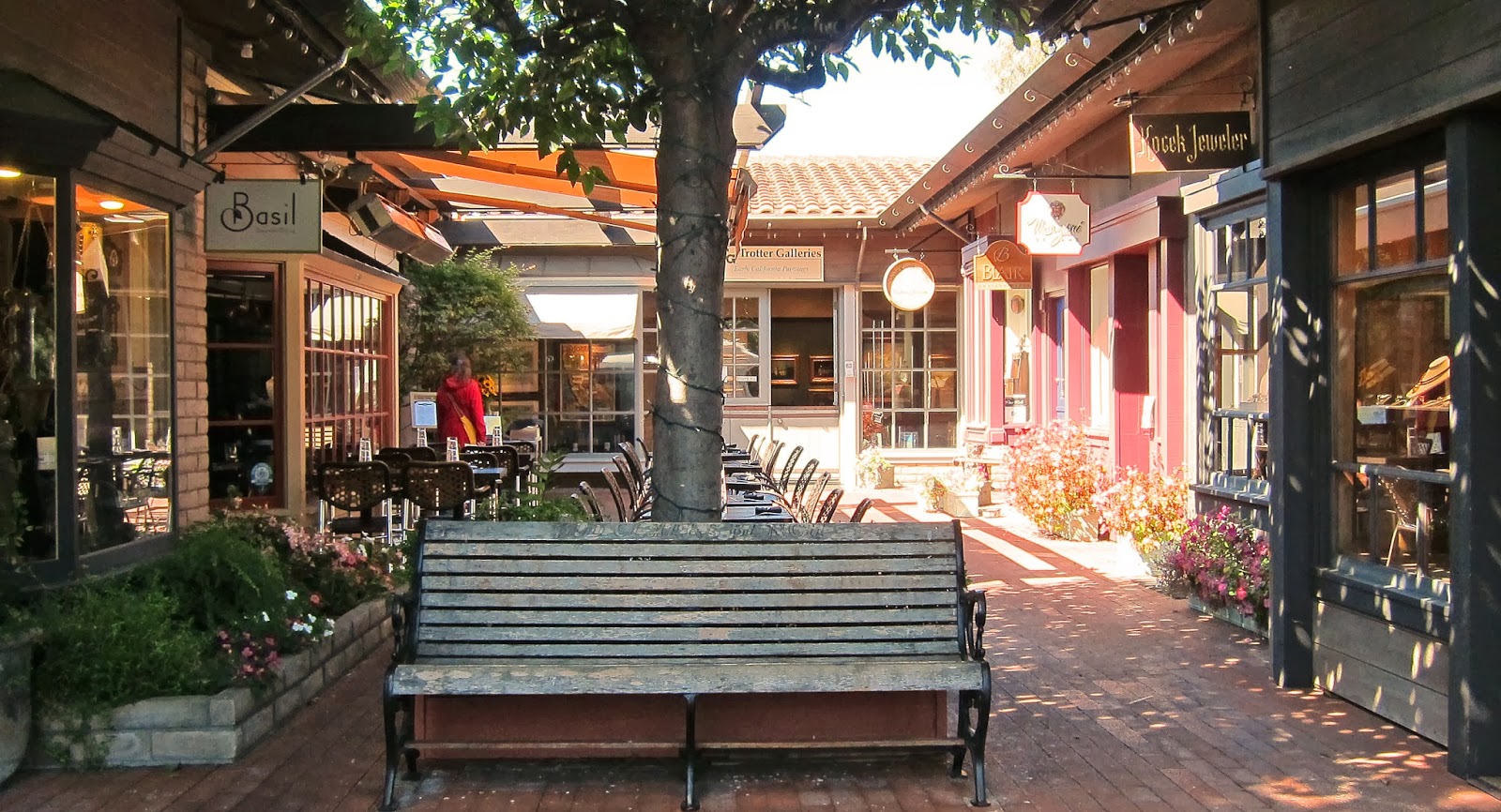 Manzoni Vineyards specializes in Pinot Noir, Chardonnay, Pinot Gris and Syrah.  Stop by their wine room and your host will most likely be managing partner Mark Manzoni himself (shown below pouring his vintage at the Coachman's Inn during the Carmel Heritage Society's Carmel Inns of Distinction 2013).   Your dog is also welcome to join you at the Manzoni wine bar. 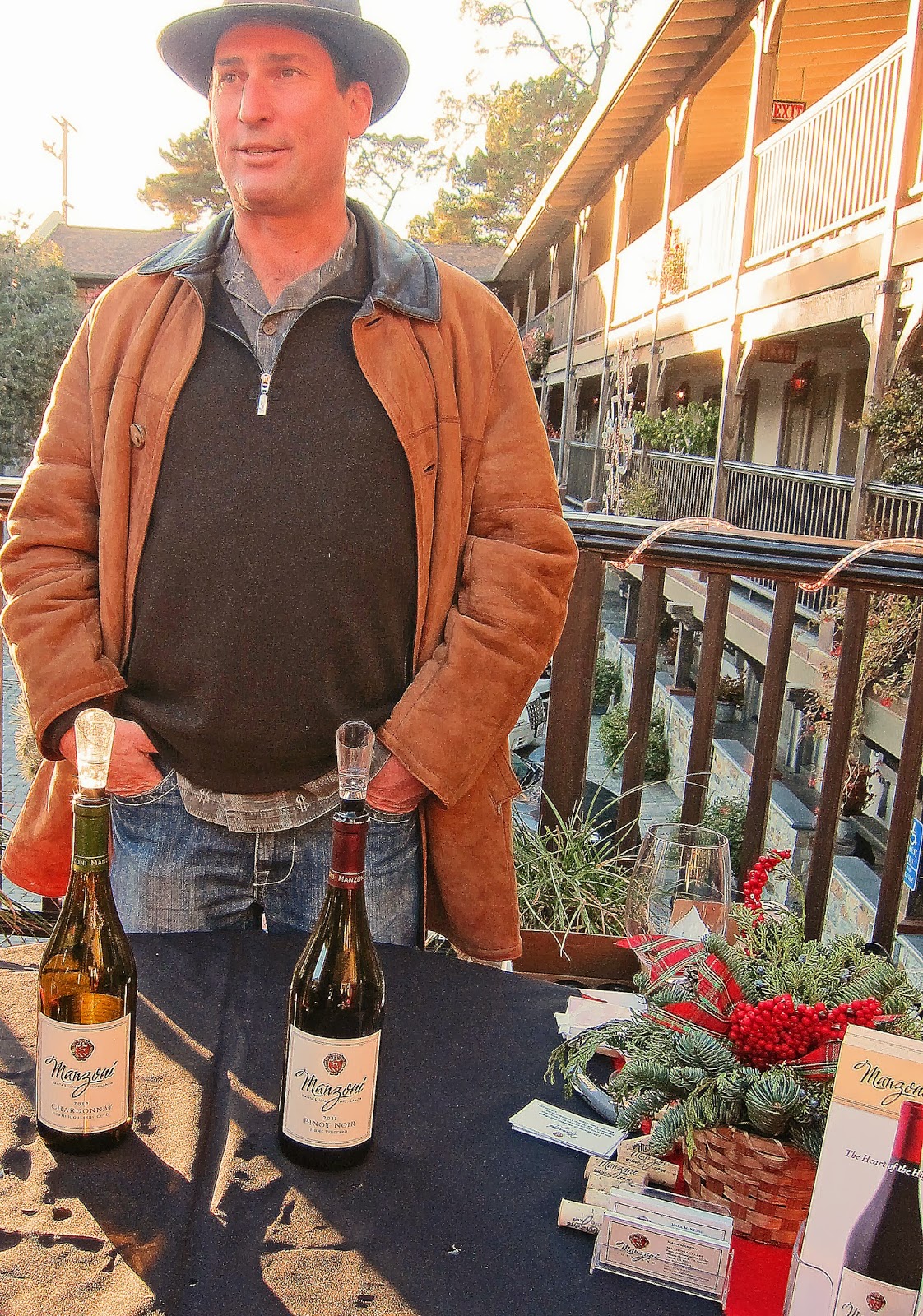 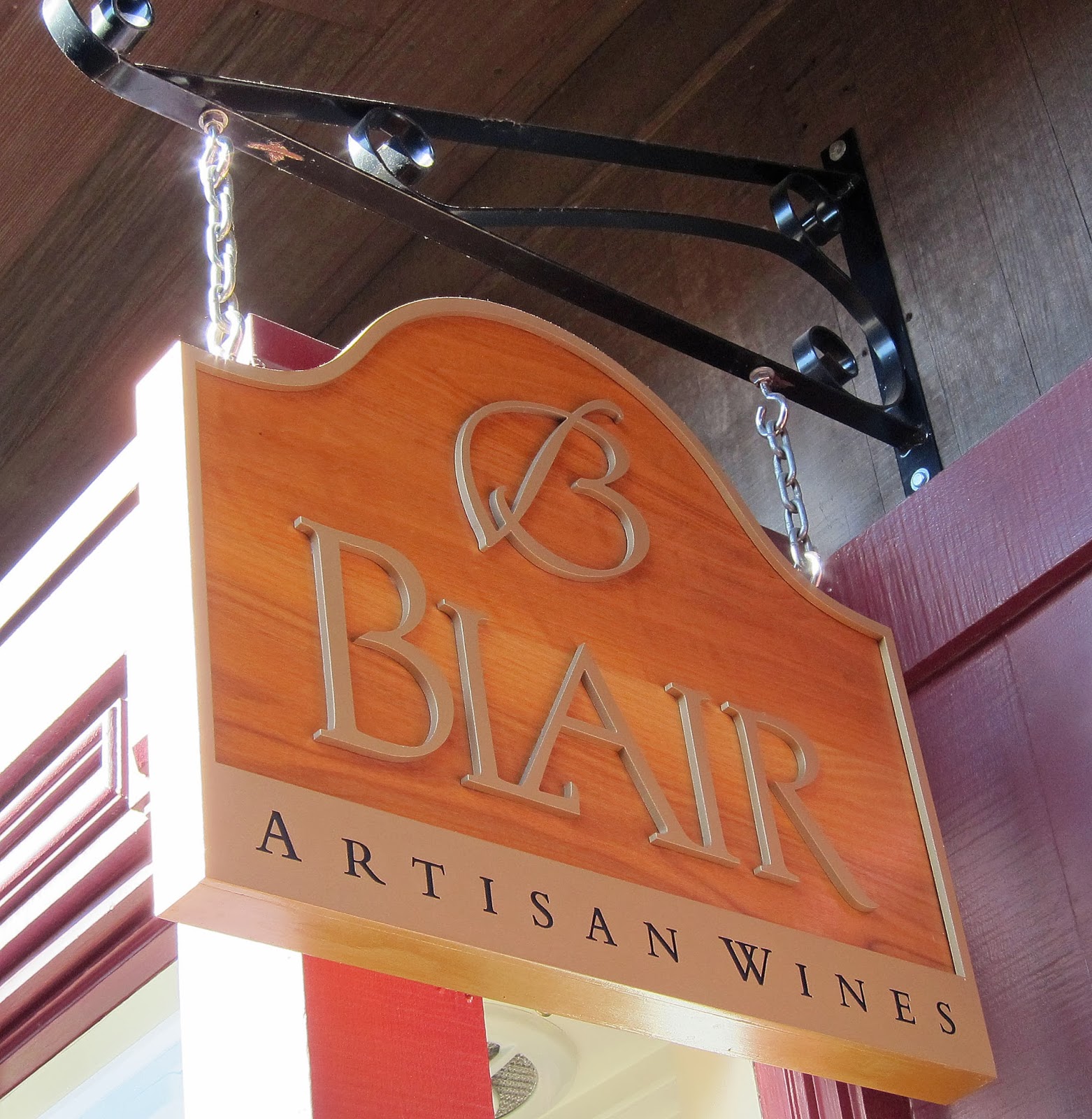 Blair Estate and Shale Canyon share a wine room at the back of The Paseo Courtyard on San Carlos behind Manzoni and across from Basil. 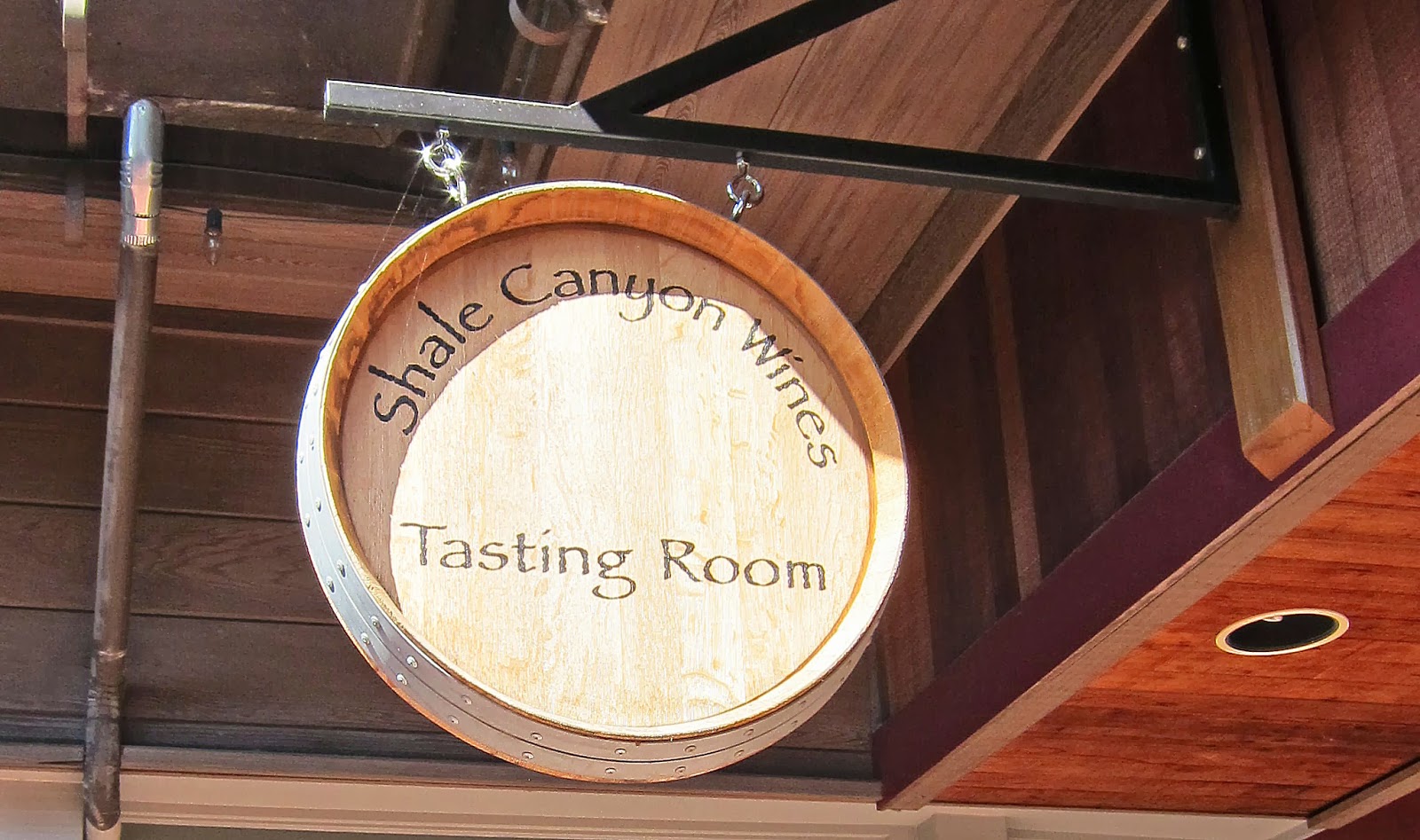 In 2007 Jeffrey Blair planted the first Pinot Noir grapes on his beloved grandmother Delfina's property in the Arroyo Seco Appellations. 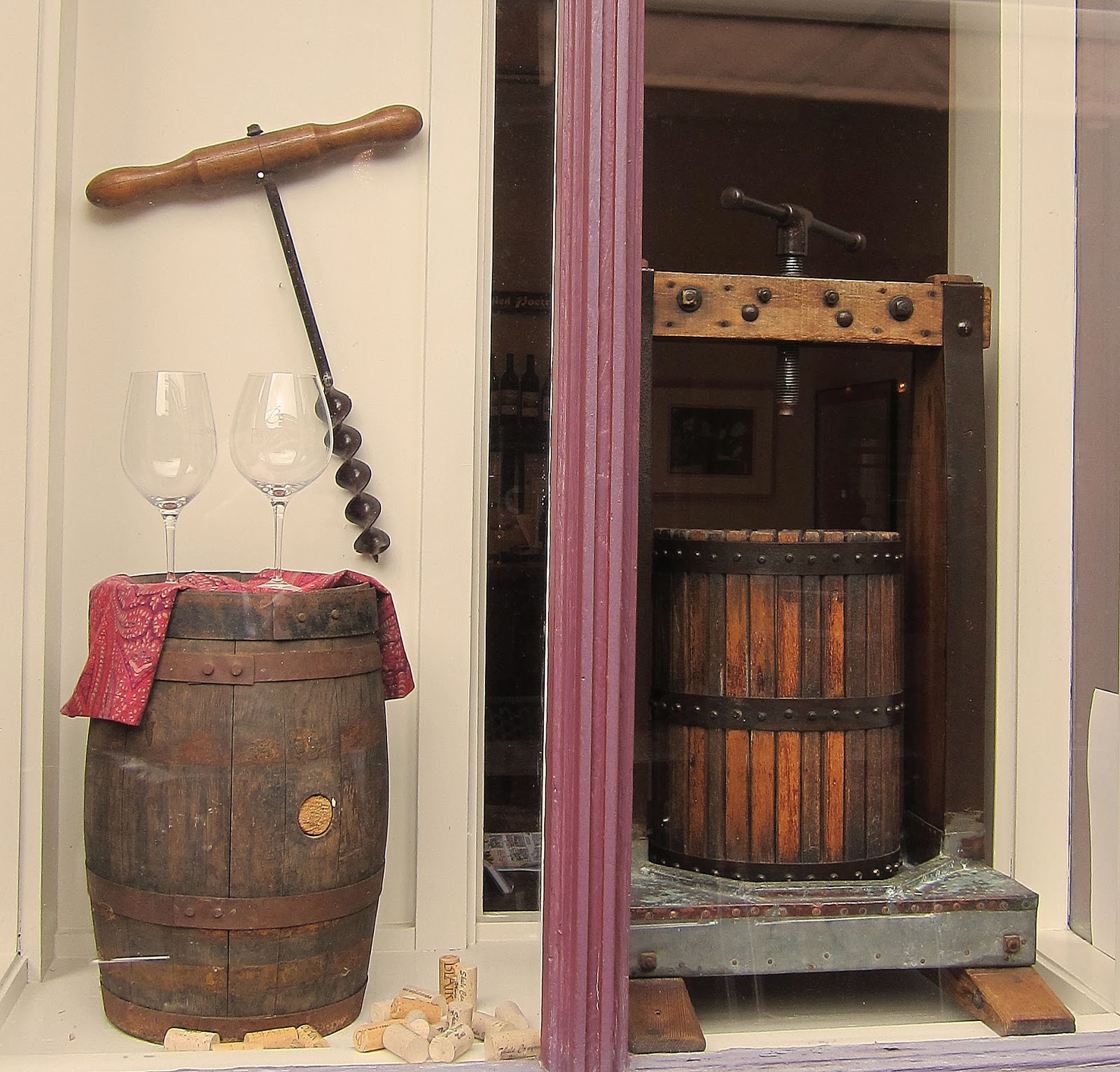 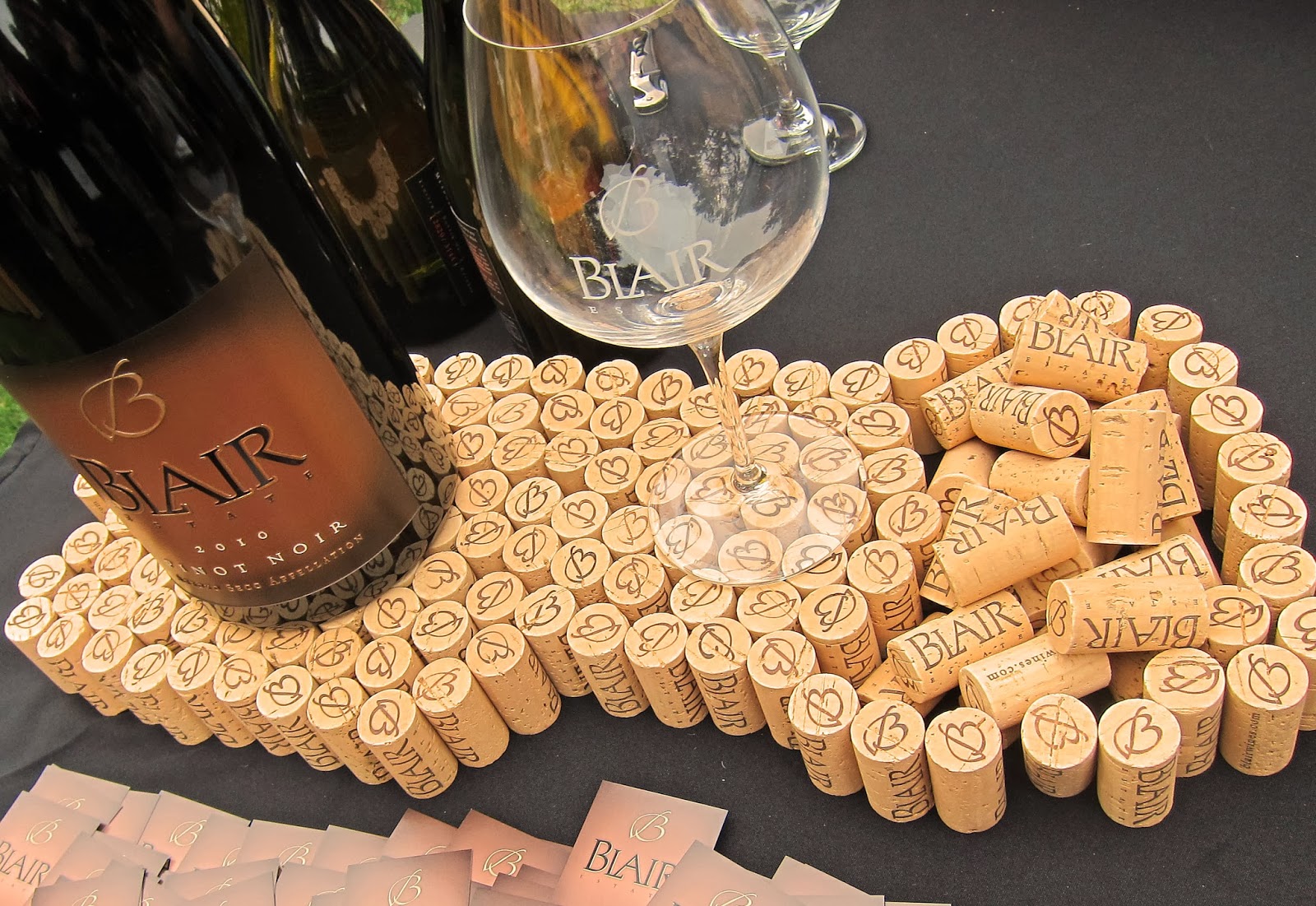 With the success of such a fine Pinot from the Arroyo Seco Appellations, Blair Estate decided to expand their varietals.  In 2012 they purchased fruit from two neighboring vineyards, Meador Estate and Roger Rose. 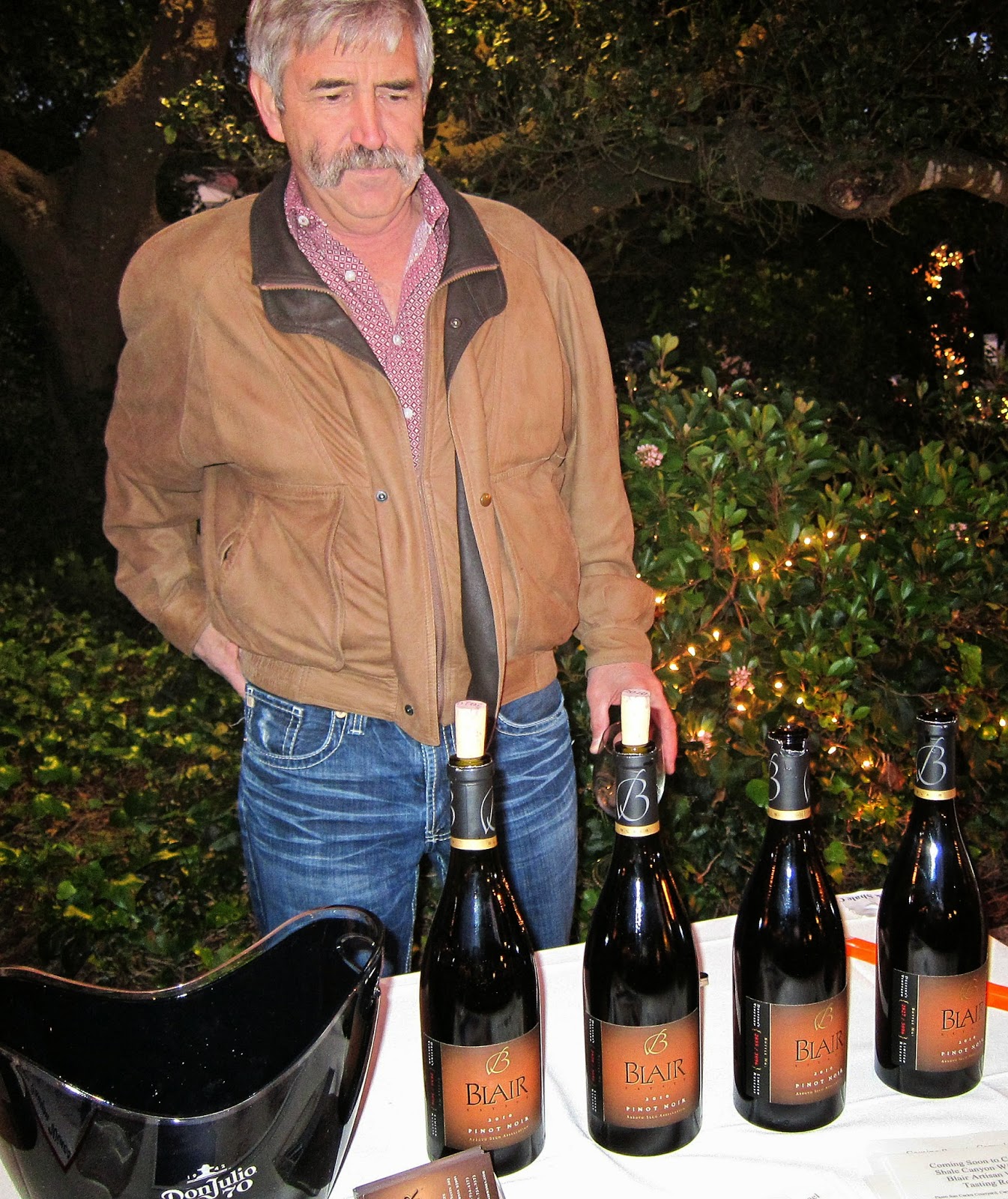 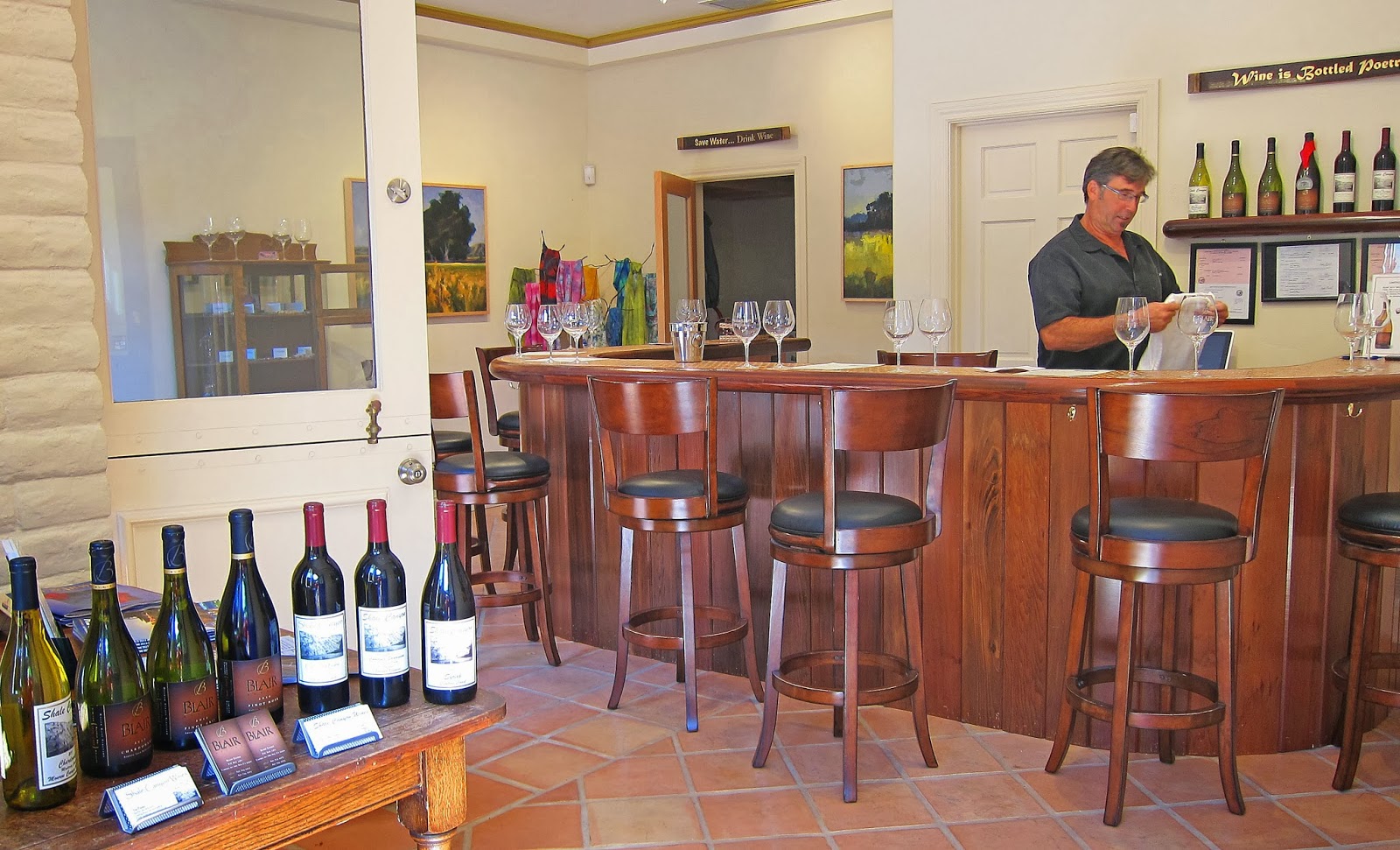 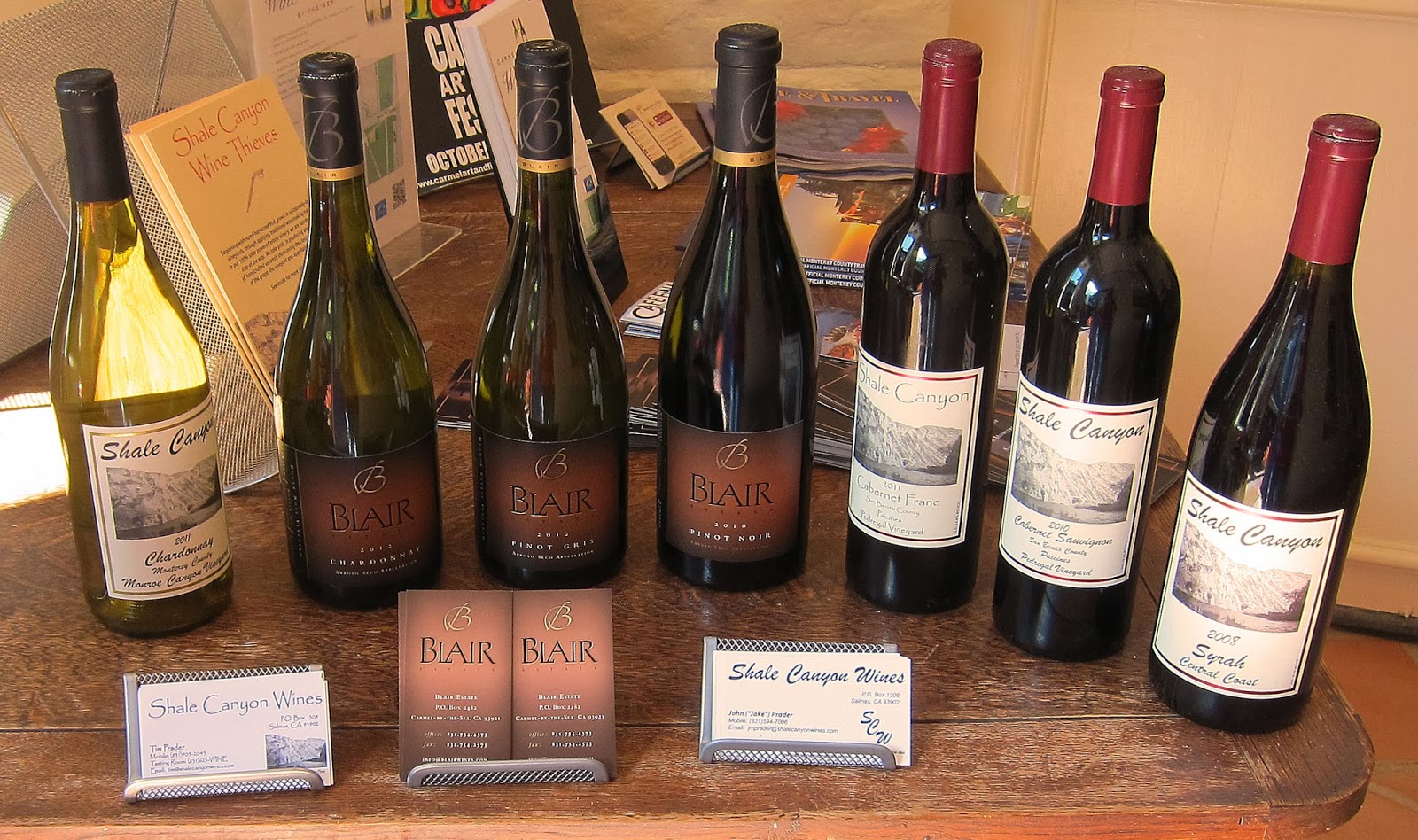 Sixth-generation Salinas Valley brothers, Jake, Keith and Tim Prader, planted Shale Canyon vineyard with a number of red varietals in 2008.  The vineyard is on such isolated property in the upper portion of the Arroyo Seco Canyon, that production is run totally off the grid with a propane stove and well pump powered by a photovoltaic cell system (solar). 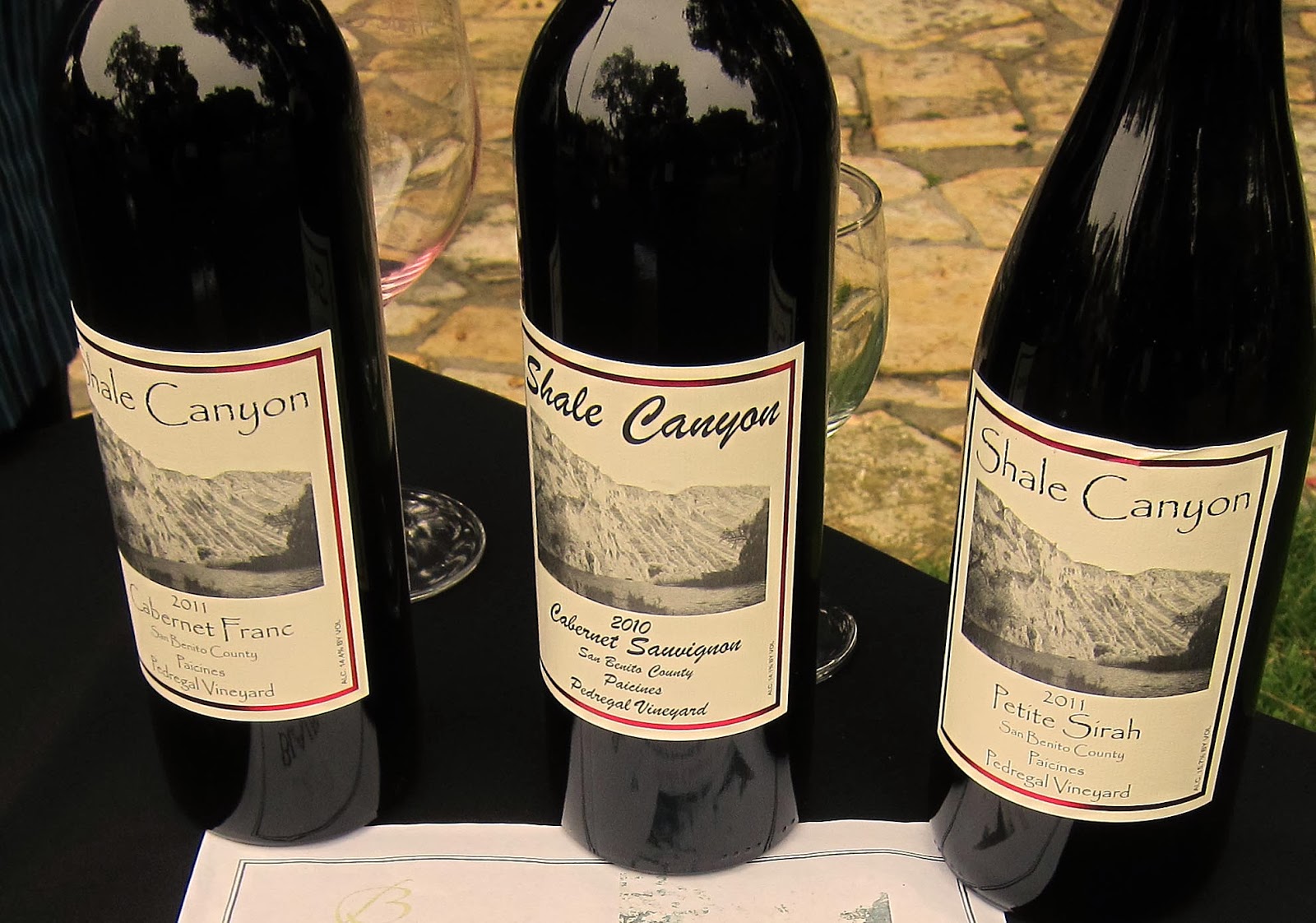 Shale Canyon supplements their wine production with grapes purchased from a number of areas. Chardonnay, syrah and merlot come from vineyards in the Arroyo Seco, zinfandel from Dry Creek in Healdsburg and cabernet from San Benito County. 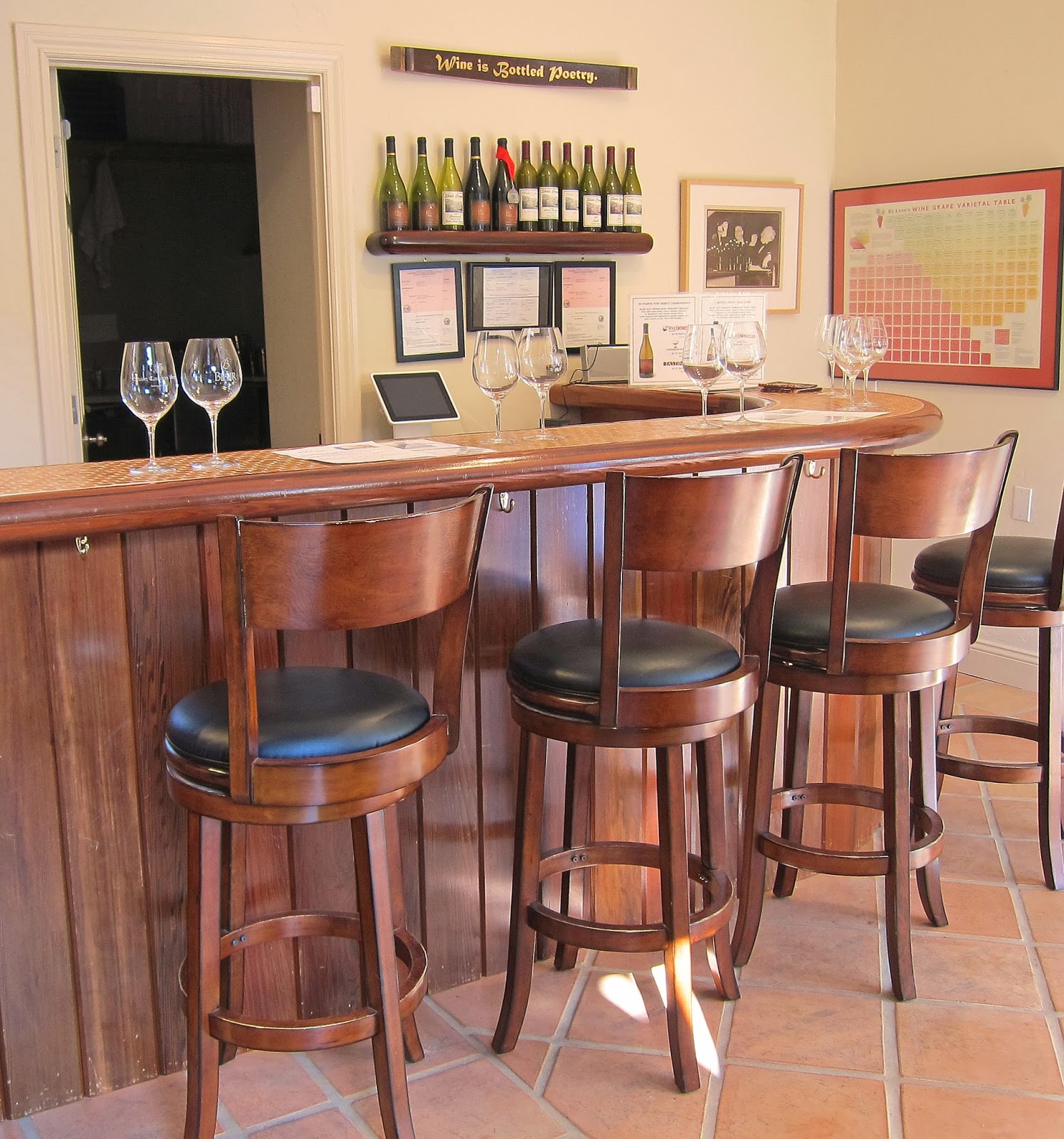 A stop by the joint wine room of Blair Estate and Shale Canyon will probably find proprietors Tim Prader or Jeffrey Blair pouring varietals (Tim and Jeffrey shown below at the Carmel-by-the-Glass 2013 presented by Rich Pèpe of Vino Napoli in Devendorf Park). 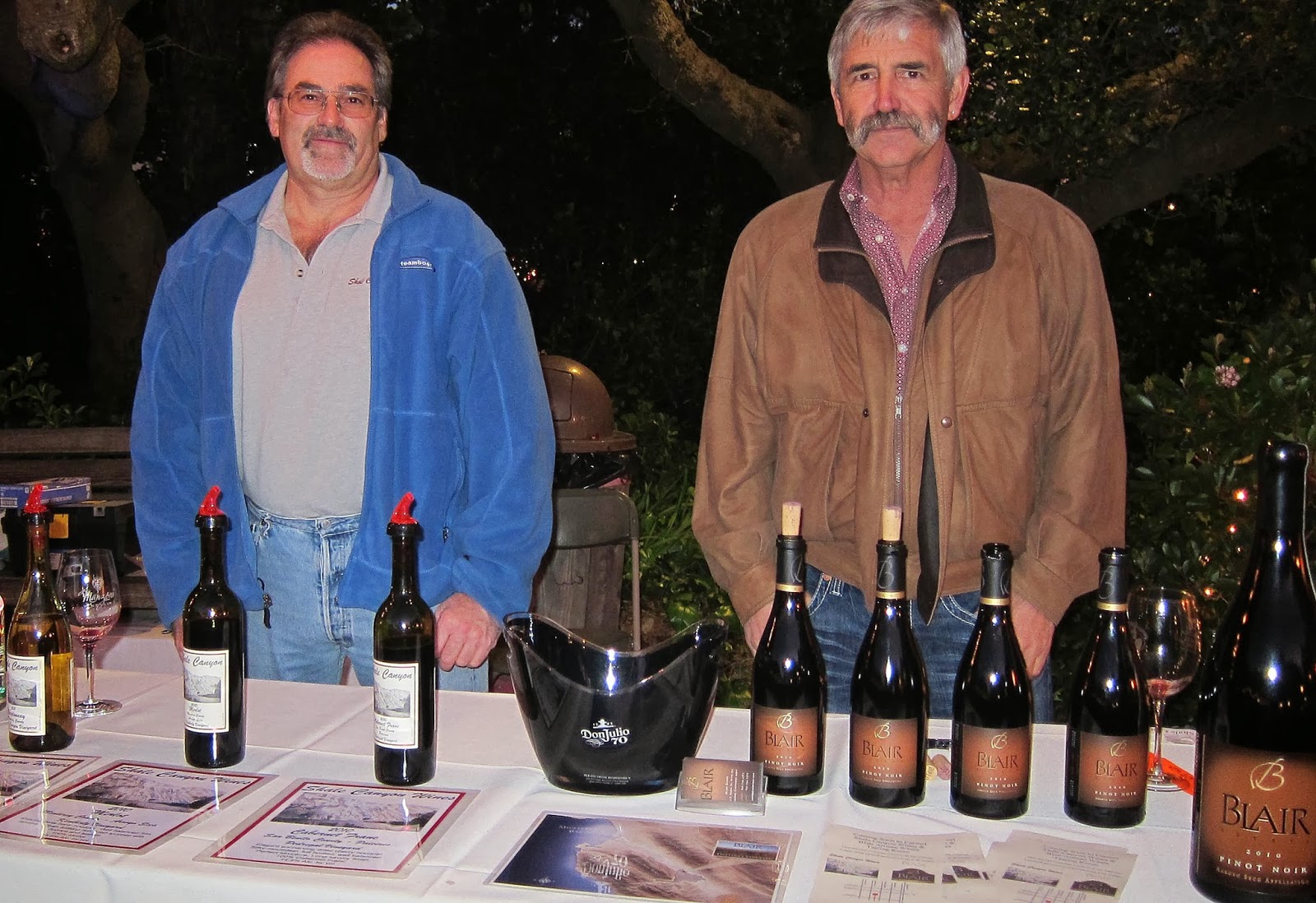