Skip to main content
Labels
Posted by Adventures of A Home Town Tourist May 05, 2014 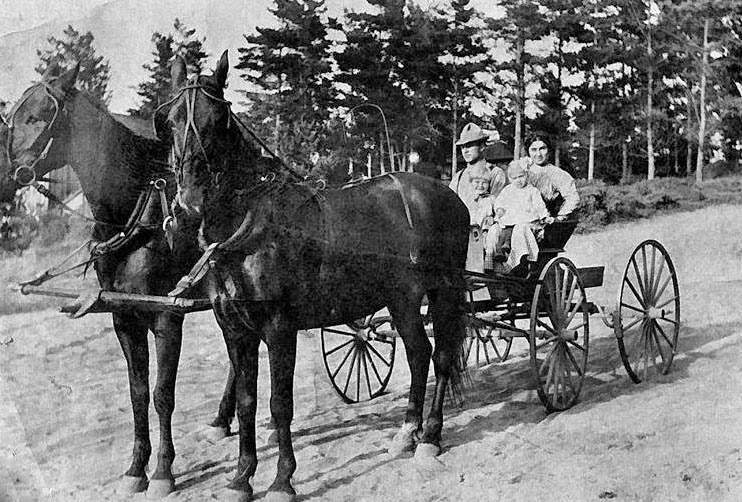 Born on June 26, 1885, M. J. Murphy was one of the twelve children of Michael and Emma of Mendon, Utah. He grew up on his family cattle ranch, the 480 acre Spring Creek Ranch. After the depression of 1891, M.J.'s parents sold the ranch and legally separated.

In 1902 Emma and her five unmarried children moved to Los Angeles. After having established the three oldest with work at the phone company, Emma took M. J. and the youngest Myrtle to Carmel to meet James Franklin Devendorf who had promised he had work for M.J.

In 1902 M. J. Murphy built his first home, for his mother and sister, and by 1904 he had become associated with Franklin Devendorf as a builder for Carmel Development Company.

Franklin Devendorf had purchased much of the land in Carmel and was subdividing and selling the parcels. He wanted to sell the lots with homes. So in 1903 Devendorf ordered 100 "portable houses," to put on the lots he had for sale. What was delivered however, were 100 doors.

Devendorf used the doors to create one house. (Insistently this house, "Door House," still exists and will be part of the Carmel Heritage Society House and Garden Tour 2014.) But Franklin Devendorf needed more than one house for all the lots he had for sale. So he asked young M. J. Murphy who had only built one house, to help him build the houses he needed.


Murphy developed his own designs and did most of the building himself. As his reputation grew, more and more people wanted Murphy homes. "In 1914 he became a general contractor and in 1924, he established M. J. Murphy, Inc., a business which sold building supplies, did rock crushing and concrete work, and operated a lumber mill and cabinet shop business situated between San Carlos and Mission streets." (1) The lumber mill was located where the Wells Fargo Bank and parking lot are today, and the lumber yard where the Carmel Plaza is today.

Over 300 buildings in Carmel are attributed to Michael J. Murphy, most notably The Highlands Inn, the Carmel Art Association, the Harrison Memorial Library, the Pine Inn, Sea View House and First Murphy House. Murphy's influence on the character of both residential and business districts was tremendous. Mr. Murphy was also hired by Robinson Jeffers to build Tor House. During the first stage of construction Jeffers studied under Murphy as an apprentice. After learning all the trades, Jeffers went on to finish the house and build Hawk Tower.
Mr, Murphy retired in 1941 and turned his business over to his son Frank. Today, M. J. Murphy, Inc is operated by his grandsons out of Carmel Valley. 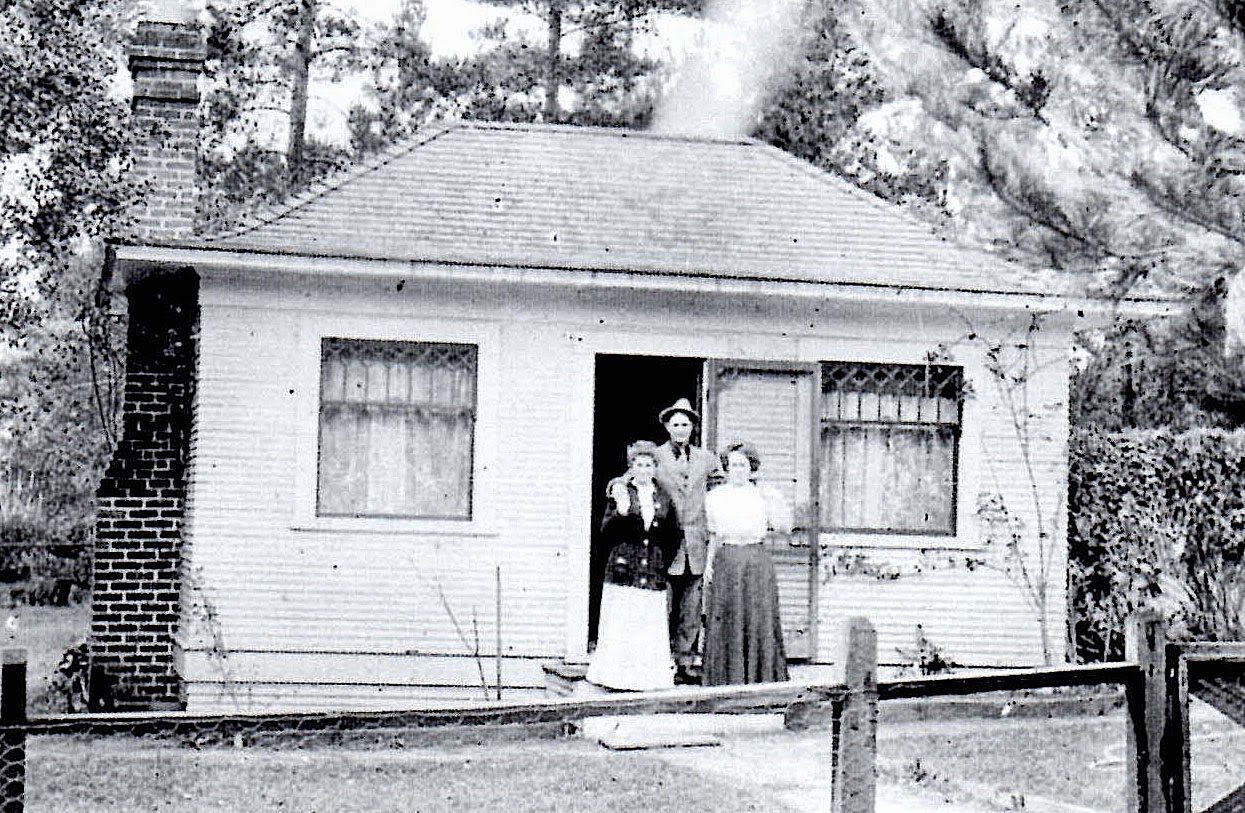 M. J. Murphy was not a proponent of any particular style when he built his first house for his mother and sister in 1902. This home, an 820 square foot cottage, is a mixture of Victorian (Queen Anne bay windows) and a Craftsman Bungalow (rectangular single story style).


Over the years the home was remodeled, moved, and eventually ended up in the middle of the commercial district on Mission between Fifth and Sixth for use as a storage unit.


In 1990 Murphy's first house was purchased by developers who planned on tearing it down.


With the lack of funds, need for a new location for the house, and the developers pressuring for demolition, the odds of saving the house seemed insurmountable.


But Carmelites can be tenacious. To save the house from demolition, and with the support of the Carmel Heritage Society, the citizens of Carmel formed the First Murphy Foundation, which raised $16,000 for the relocation of First Murphy House.


The City of Carmel offered city-owned property at Sixth and Lincoln for the relocation site, and the house was declared historical. 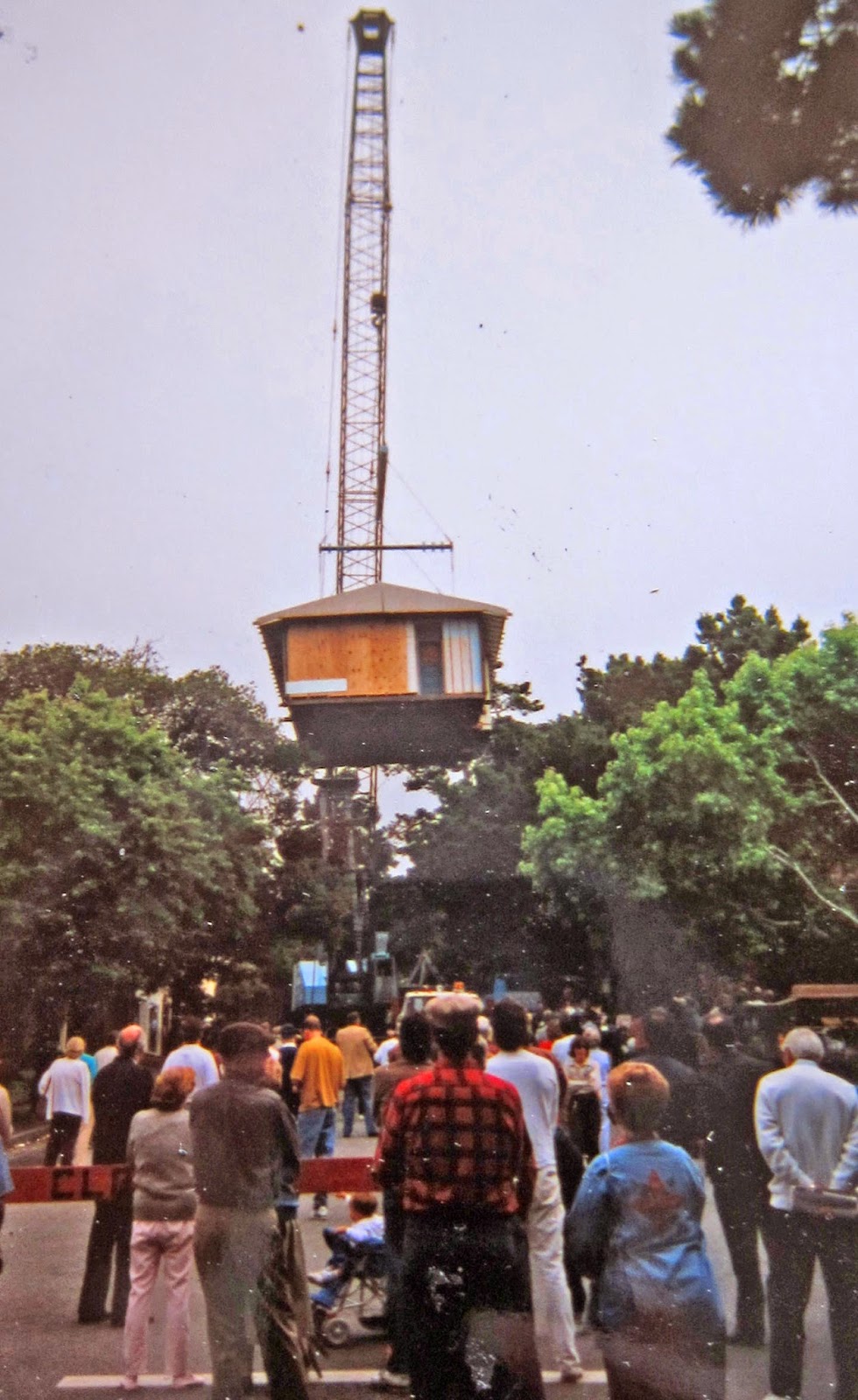 One morning residents awoke to find the
First Murphy House rising above the trees, 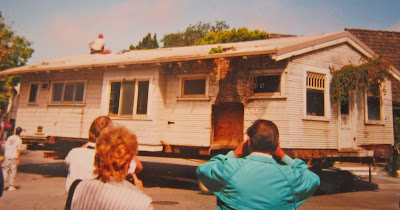 being transported through town
(almost as if leading a parade), 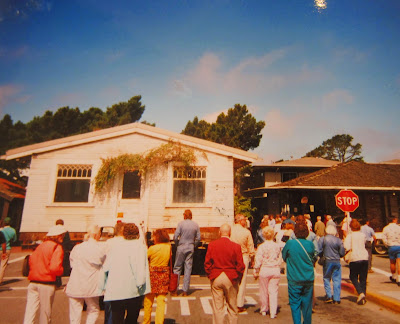 and deposited at its present location
next to what would become First Murphy Park.


After relocation, renovation of the little cottage began. Project Architect, Brian Congelton of Congleton Architect, spent a great deal of time insuring that the First Murphy House would conform to its original design.

The project was completed in the summer of 1992 and First Murphy House became the home and welcome center for Carmel Heritage Society. 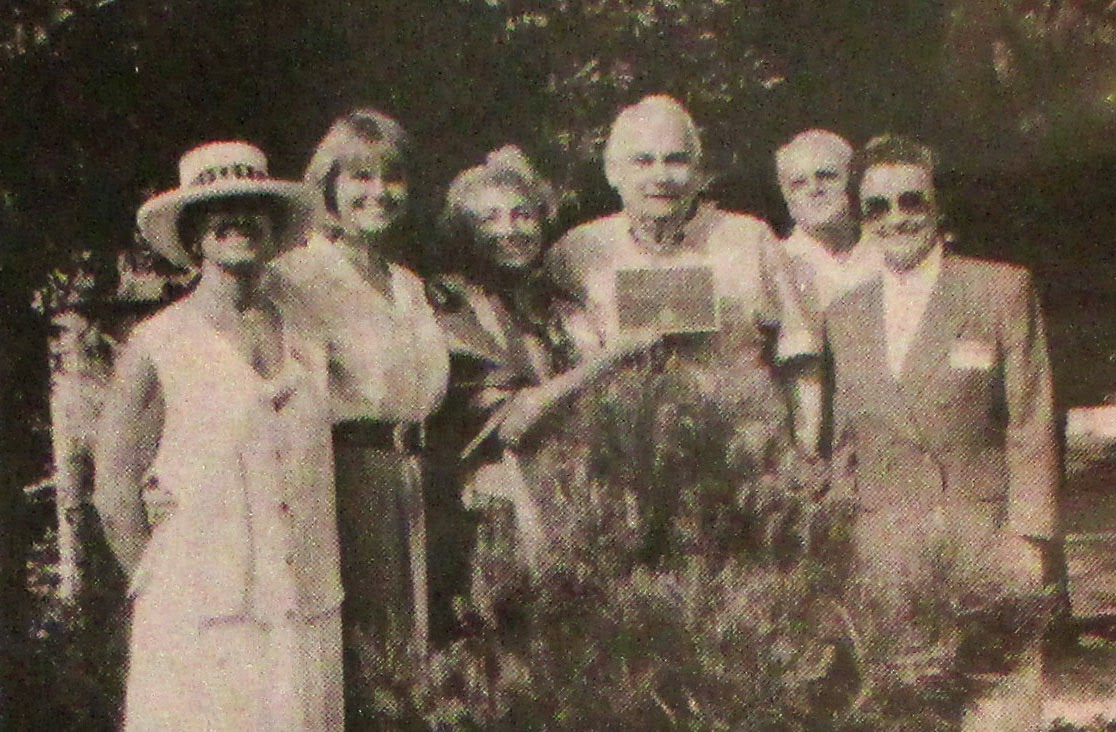 Inside visitors will find a living history museum of Carmel.  They may also purchase the video Don't Pave Main Street.  This video on Carmel history is narrated by former mayor of Carmel-by-the-Sea Clint Eastwood. 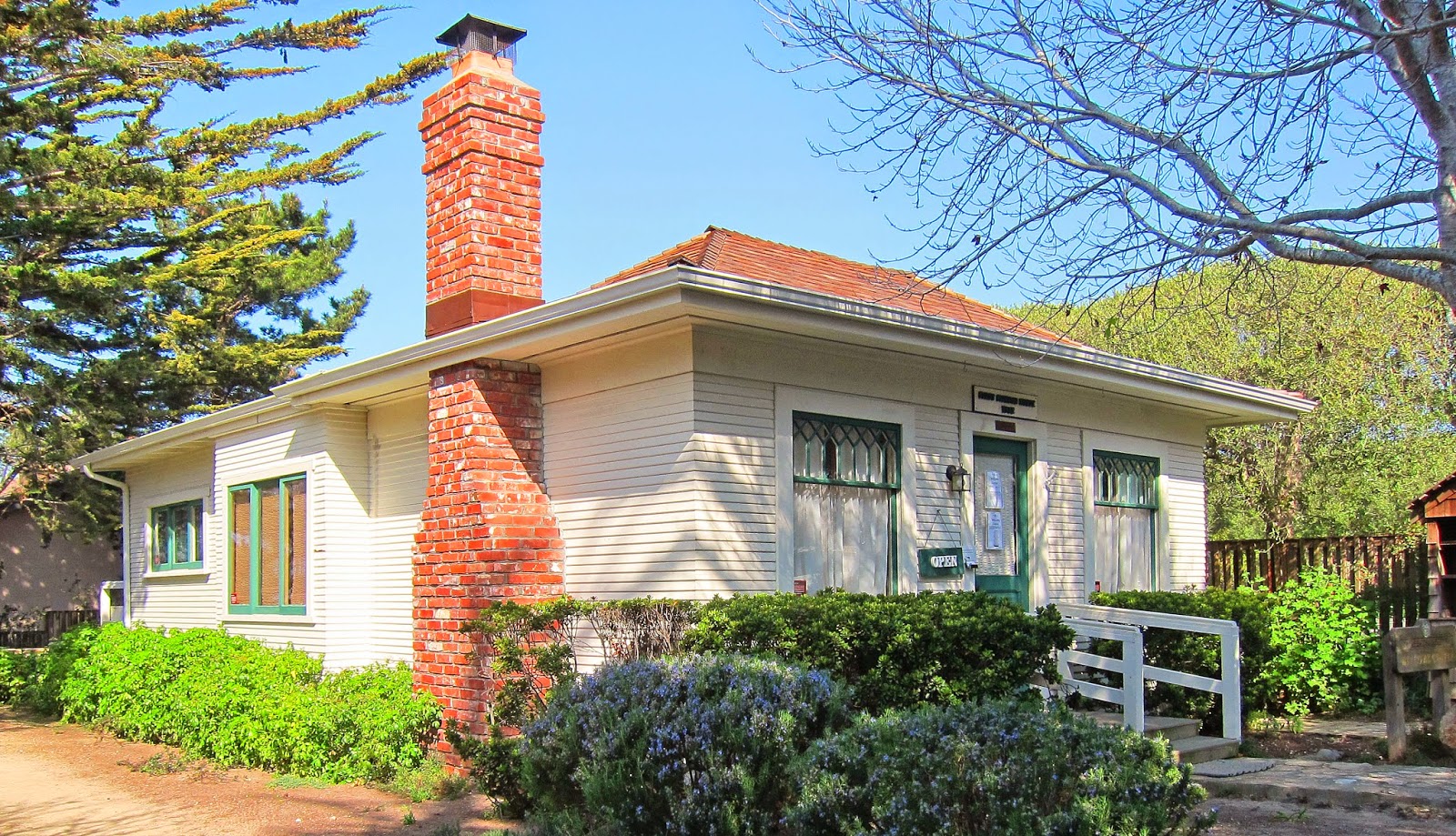 Next History of Carmel Heritage Society and First Murphy Park