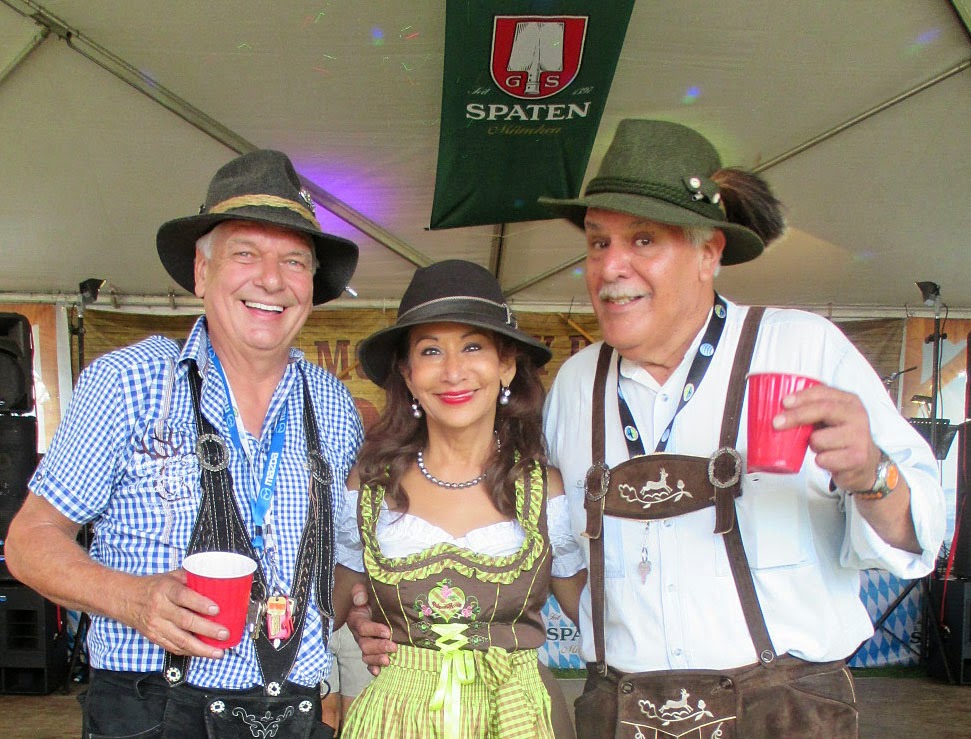 On October 12th 1810, Crown Prince Ludwig of Bavaria married Princess Therese von Sachsen-Hildburghausen.  A large celebration was given for the couple with many of the citizens of Munich participating in the festivities.

Horse races, which marked the close of this multiple day event, were repeated the following year on the anniversary of the Prince and Princess' wedding day.  This became the tradition called Oktoberfest.

Due to inclement weather in Bavaria during October, Oktoberfest was moved to September. Since 1811 the festival has been cancelled only 24 times due to epidemics or war.

Many cities worldwide have copied the seventeen day event taking place in Munich every year.  In 2011 the Monterey Bay area was added to the list. 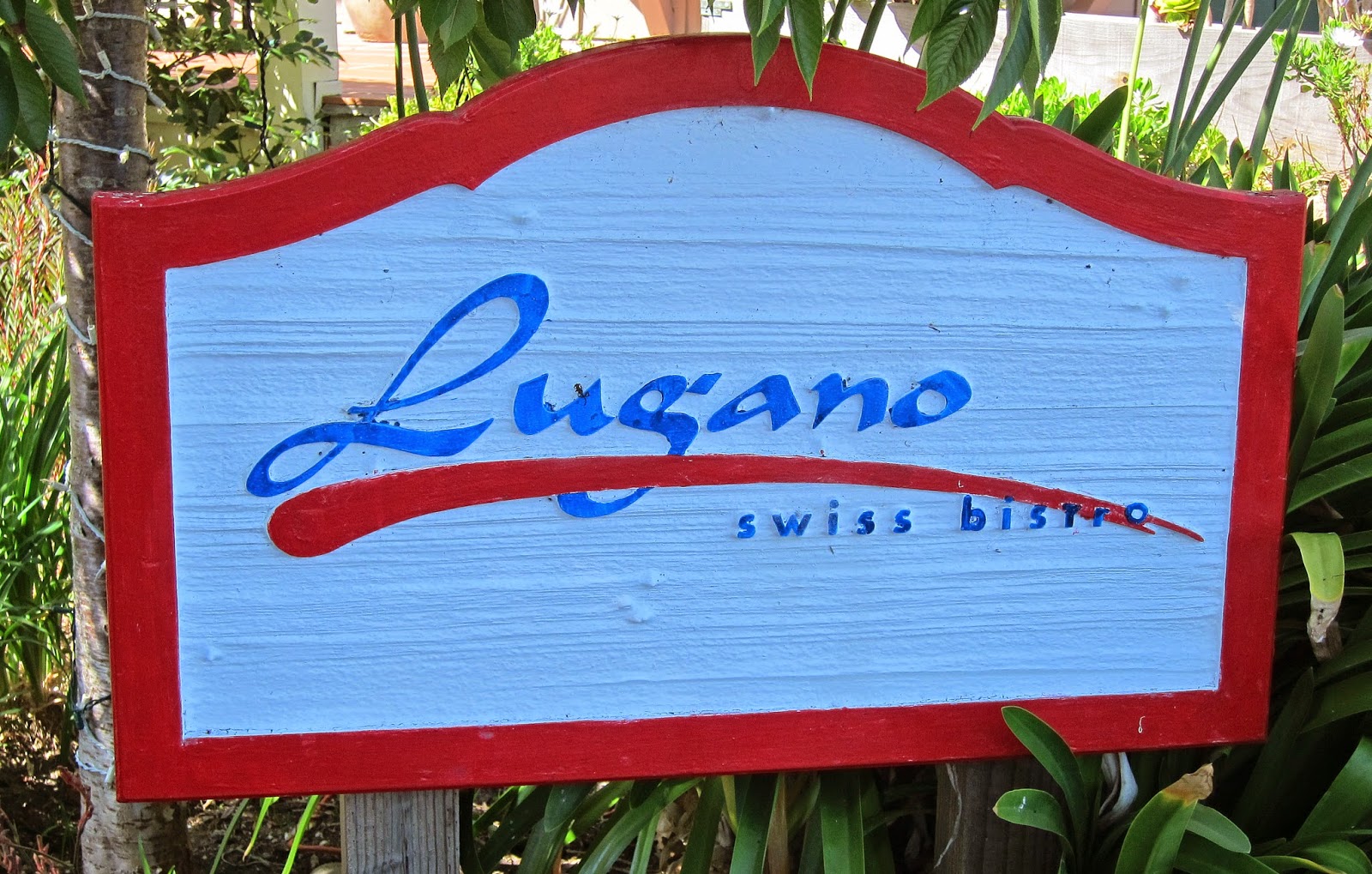 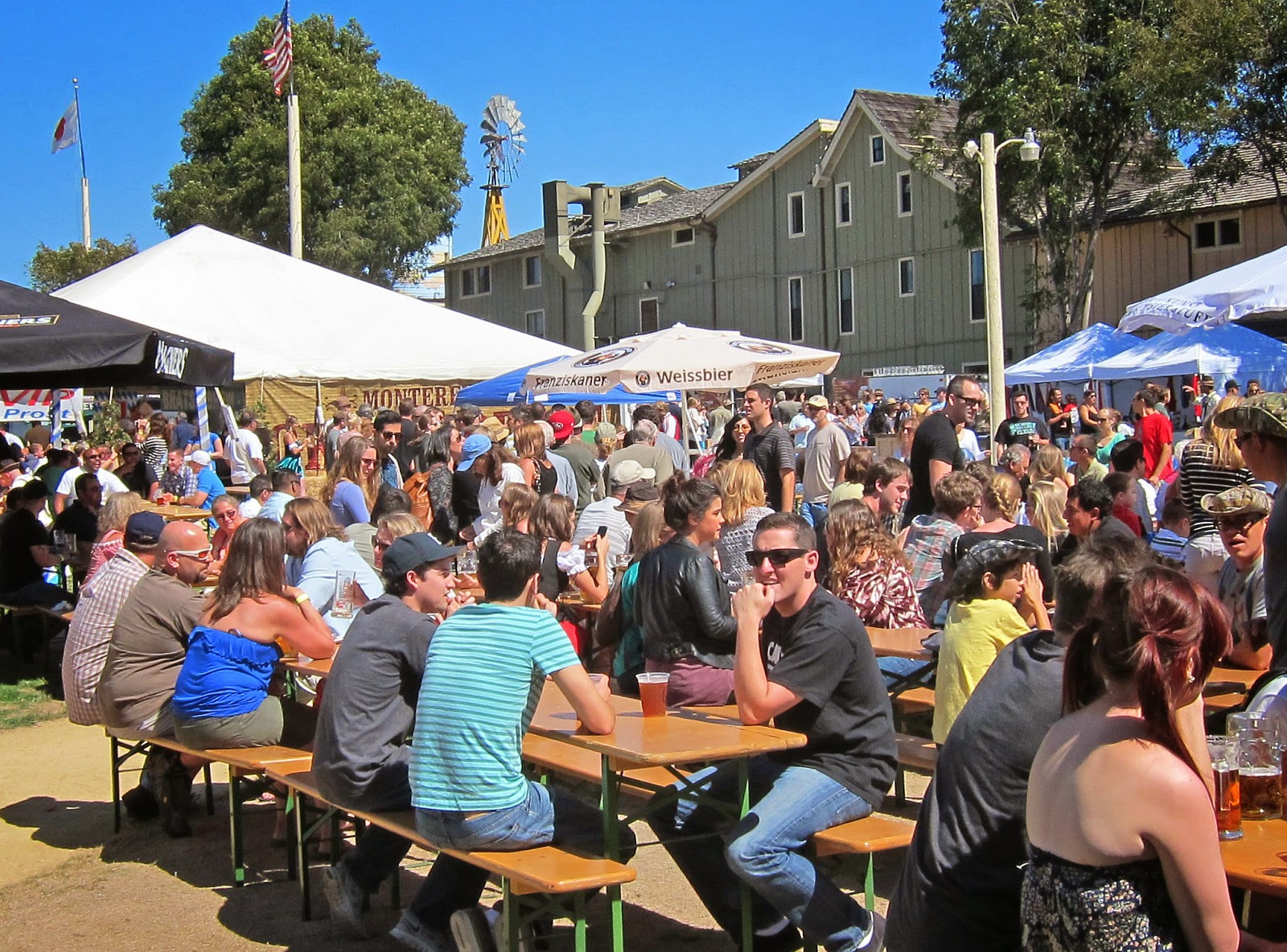 Within two years the Monterey Bay Oktoberfest had outgrown it's venue behind The Barnyard Shopping Village, 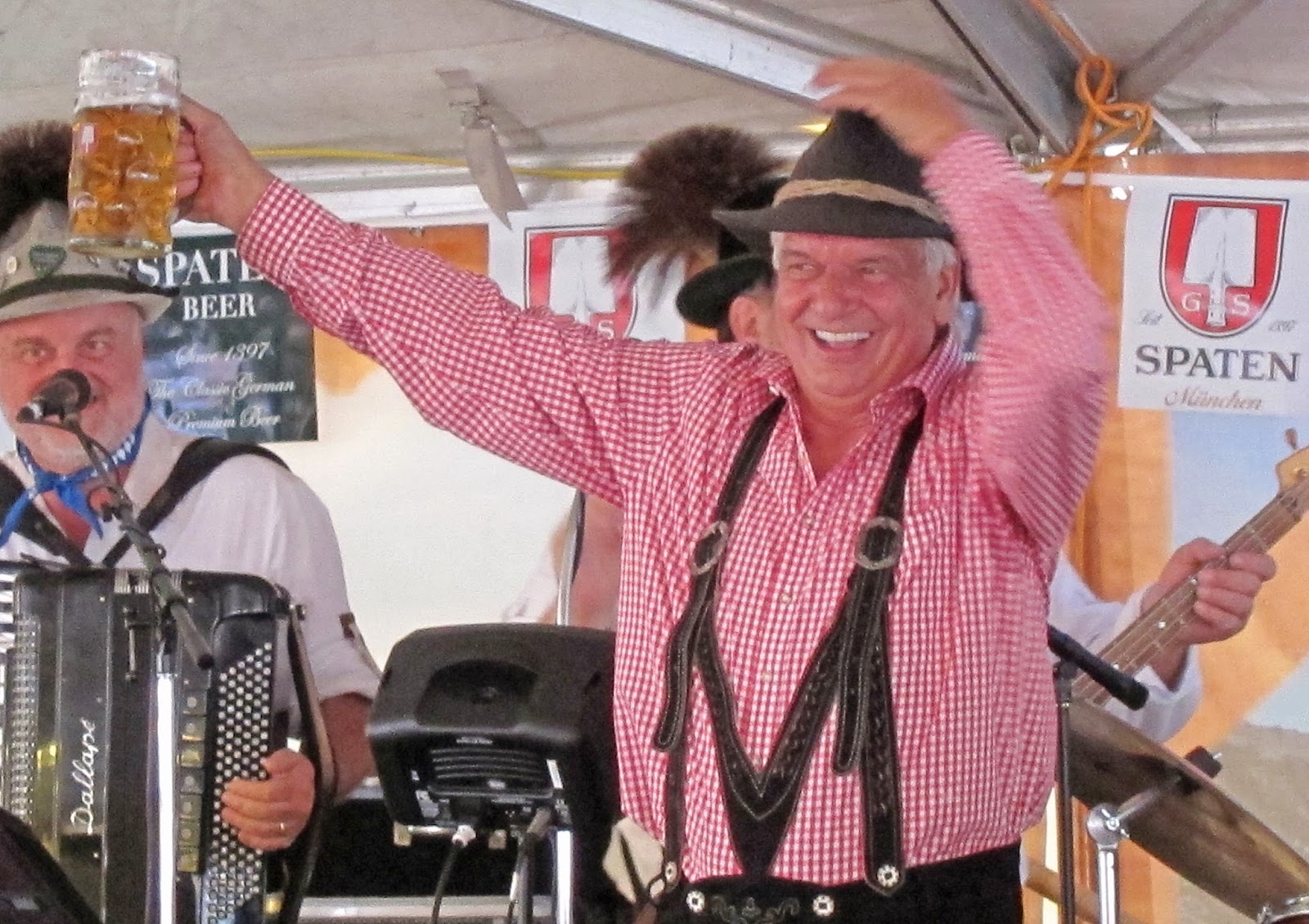 moving to it's new home at the Monterey County Fair and Event Center in 2013. 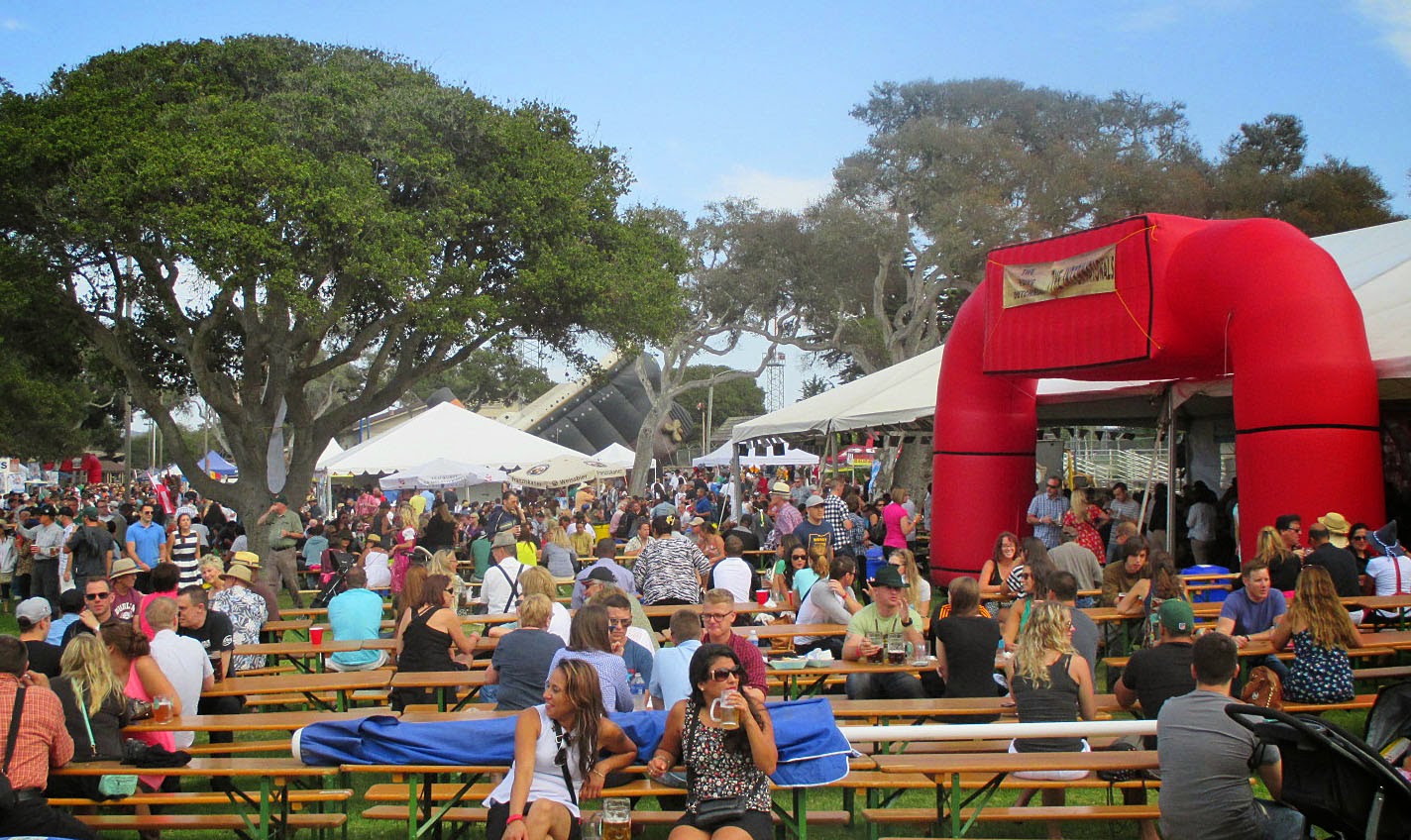 Here there was plenty of room to indulge in Oktoberfest food: 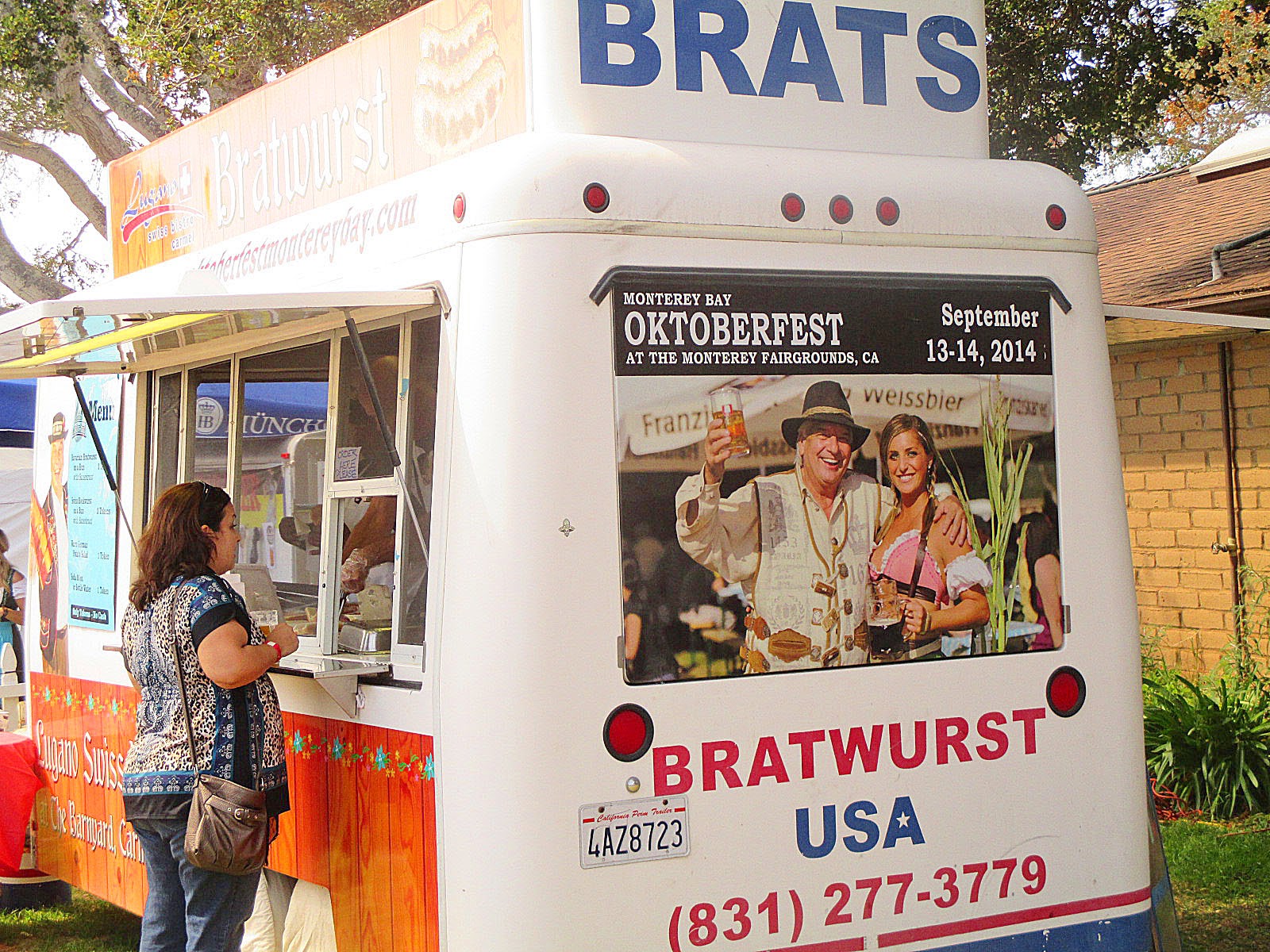 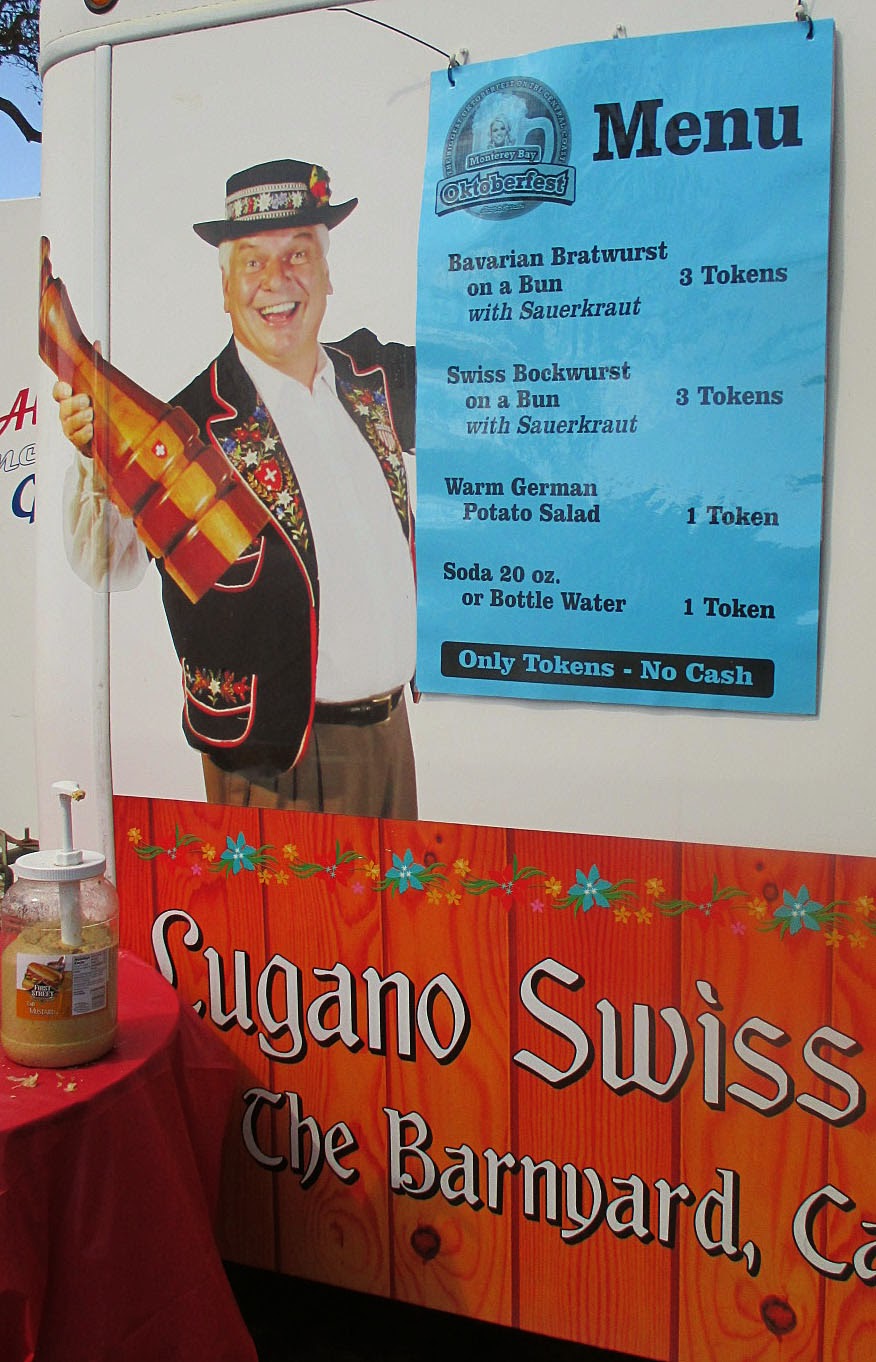 To wash this down of course there was beer. 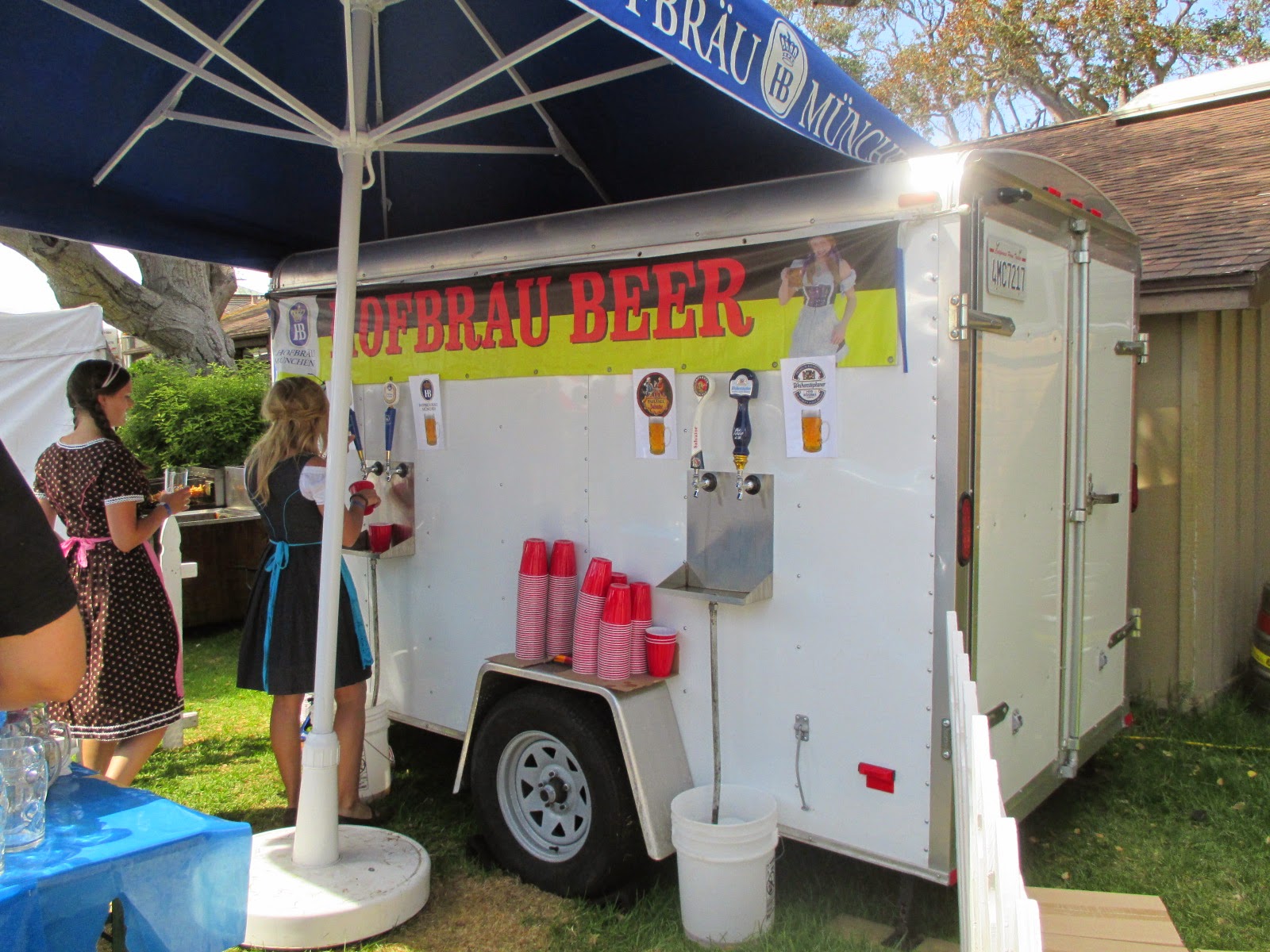 Lots of  beer imported from Germany. 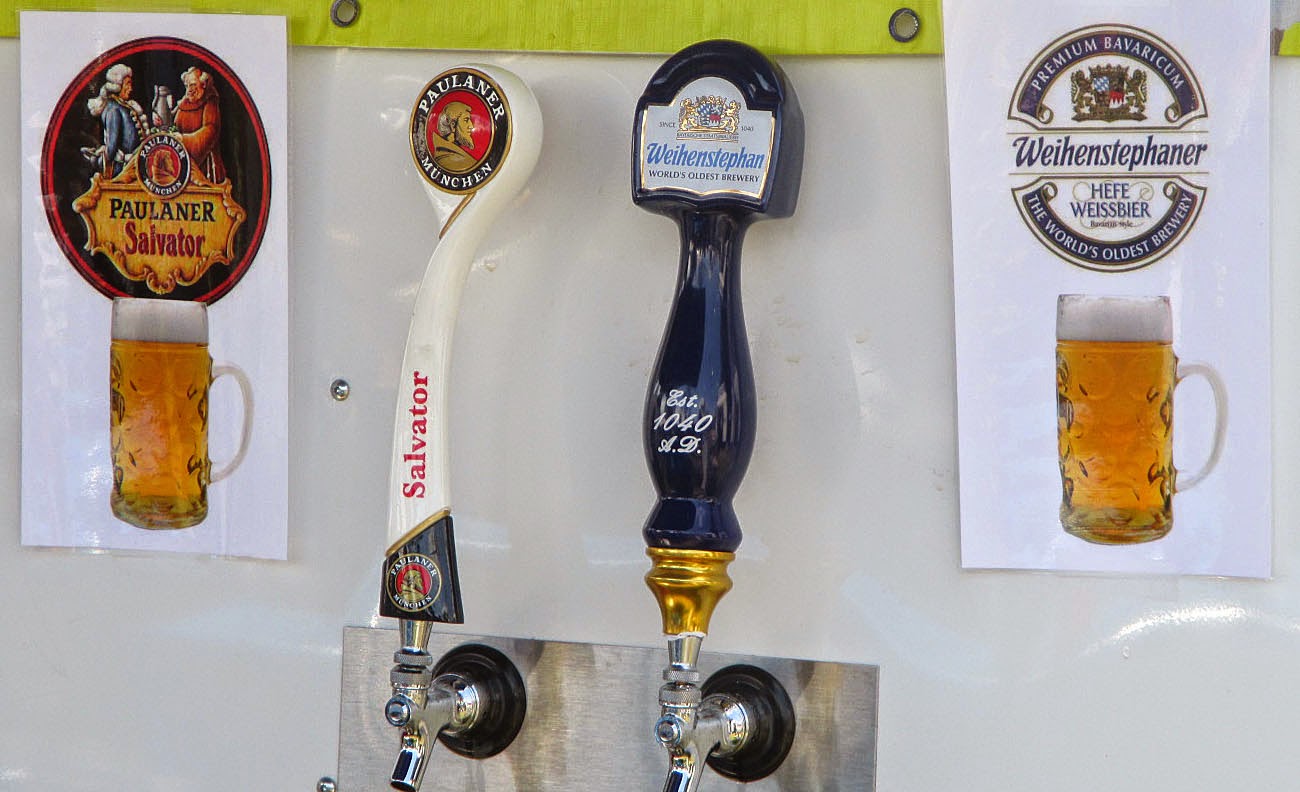 Every stein masterfully poured and served by 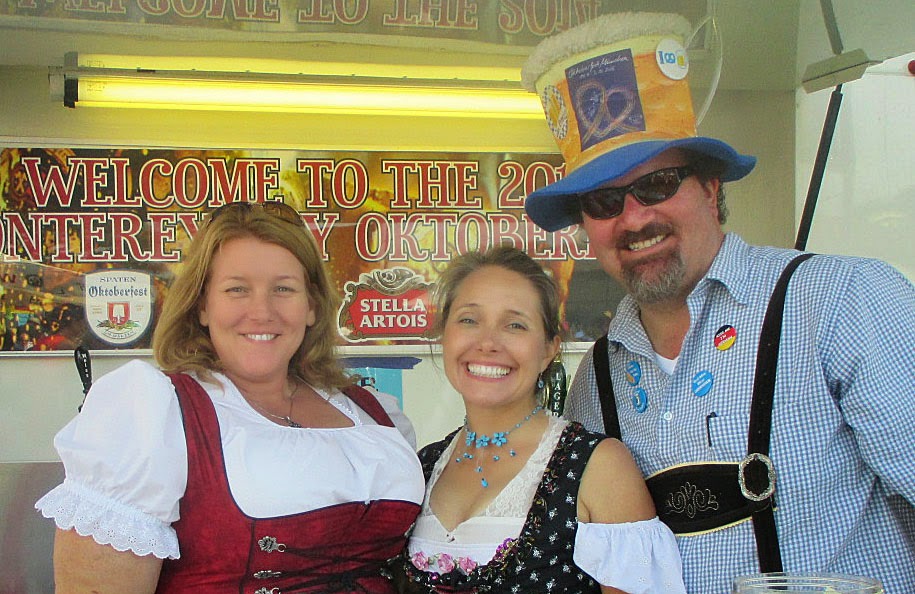 a talented and jovial cast of characters 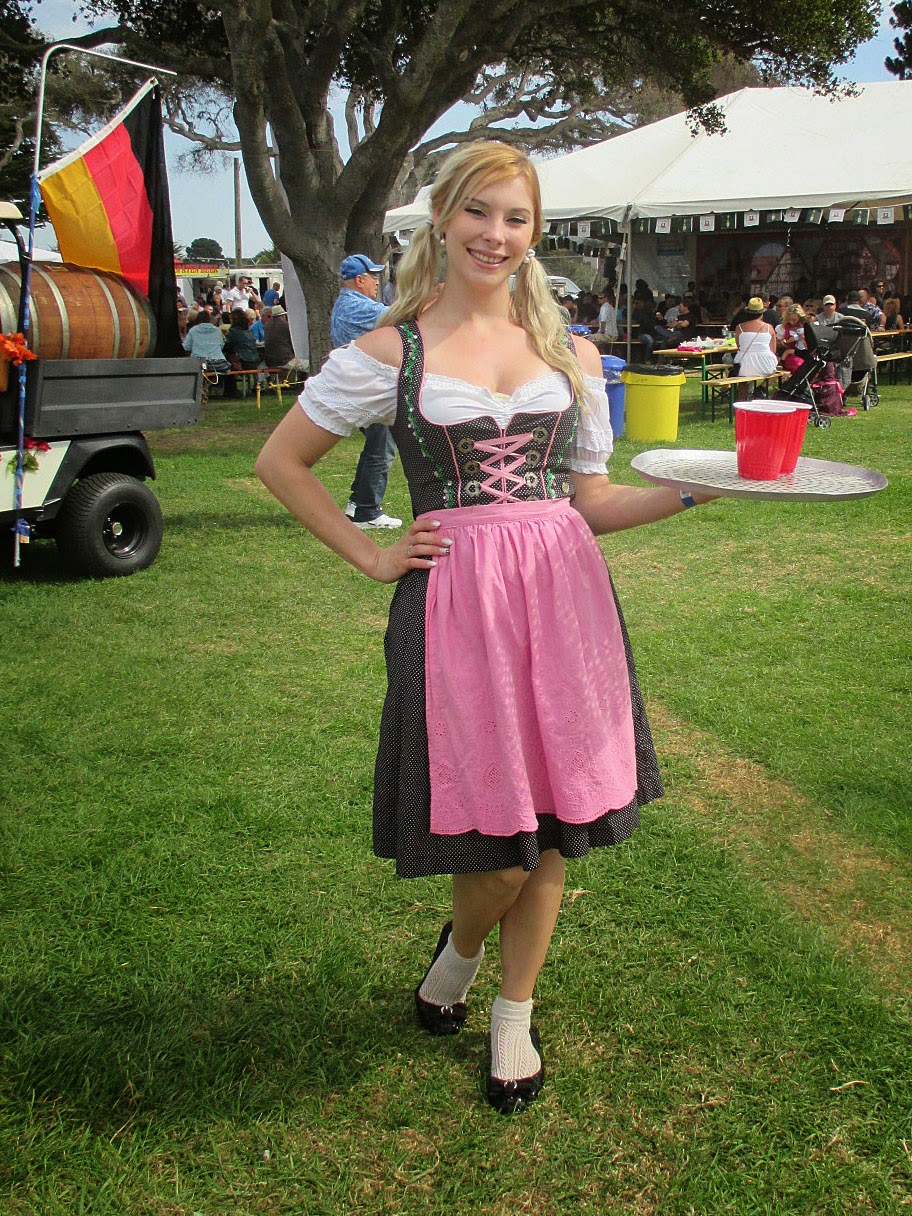 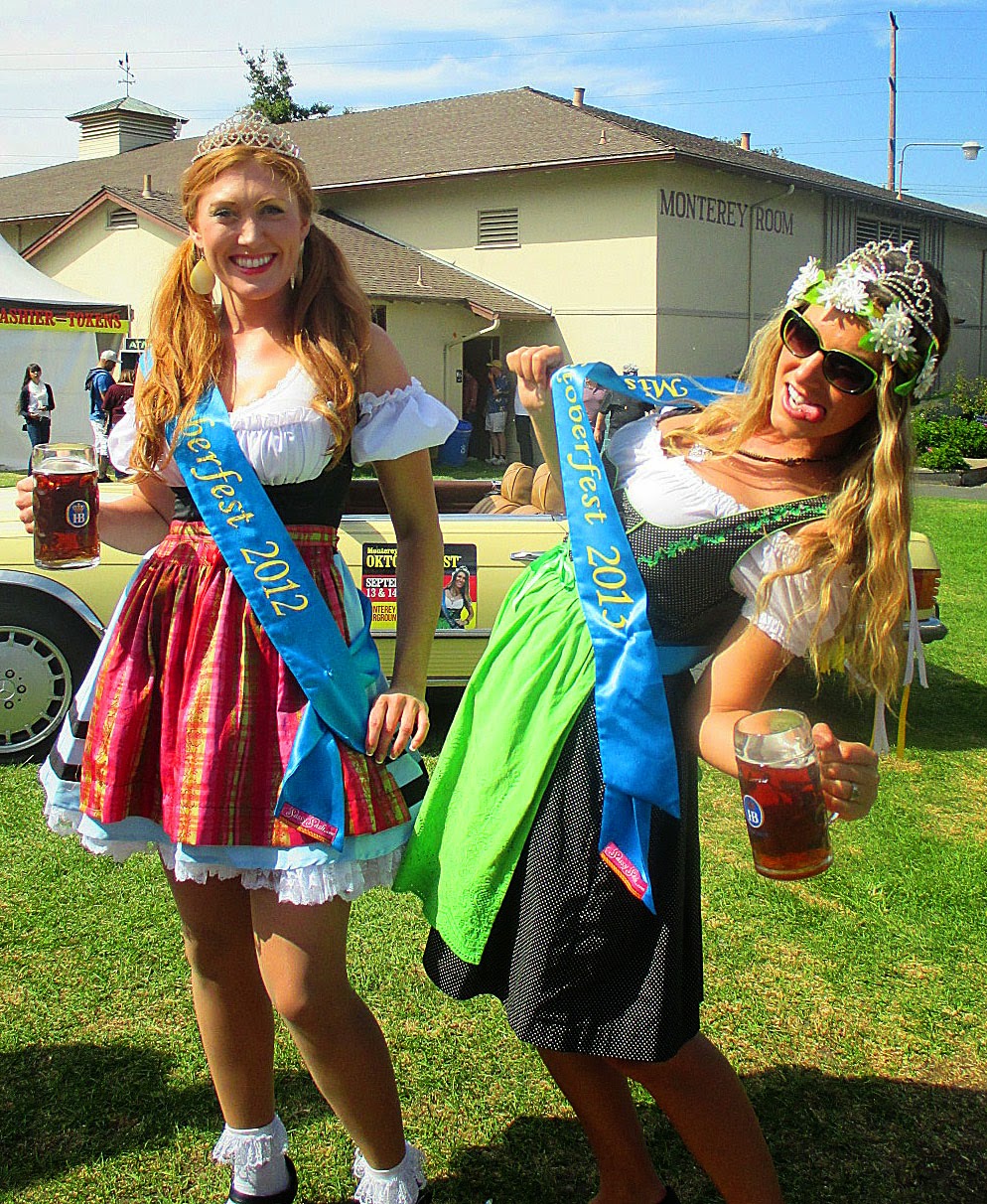 Besides bratwurst and beer are there were carnival rides and vendor's selling their wares. 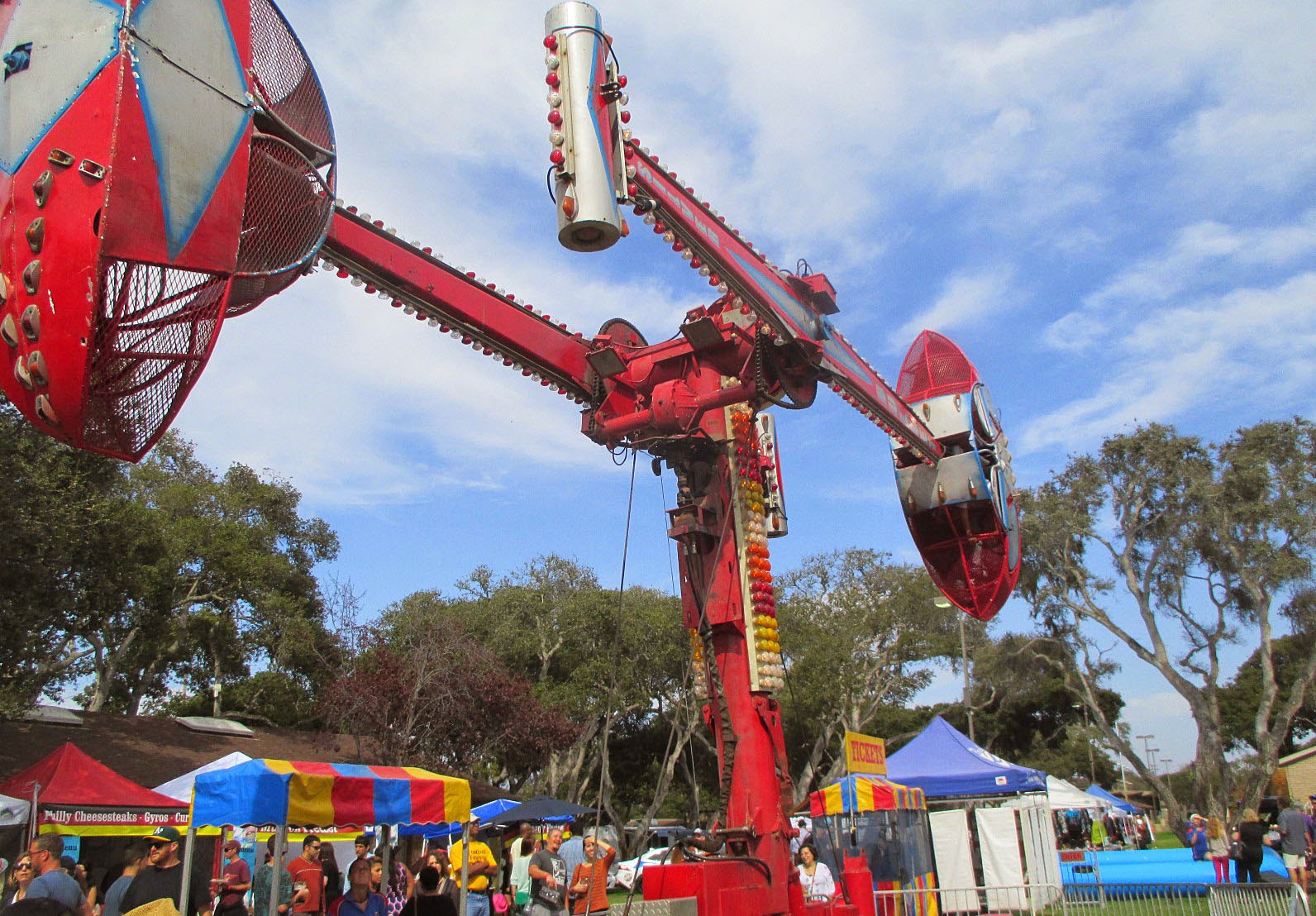 My favorite, the wood carver.

How does he make such
precise cuts with a chainsaw? 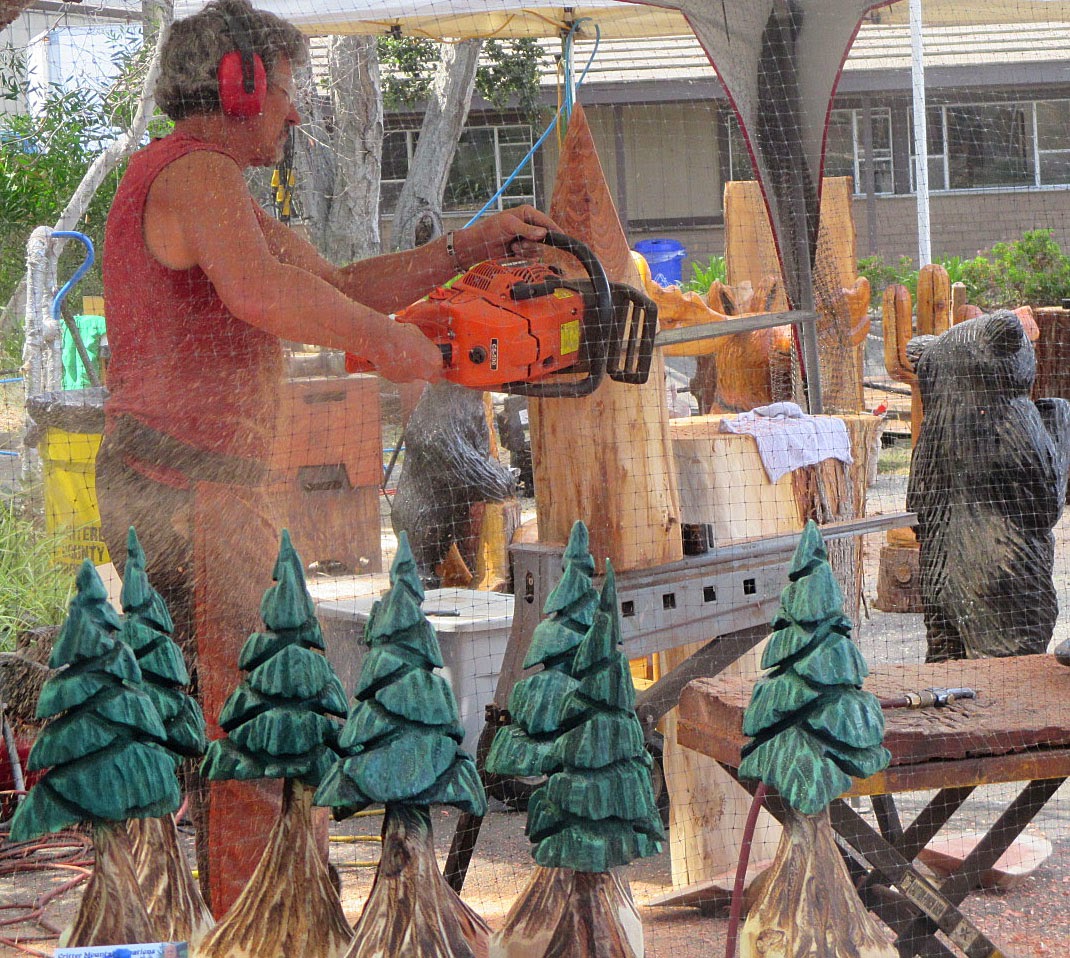 And last but absolutely not least the entertainment tent with dance music from The Flying Dutchman and The Internationals... 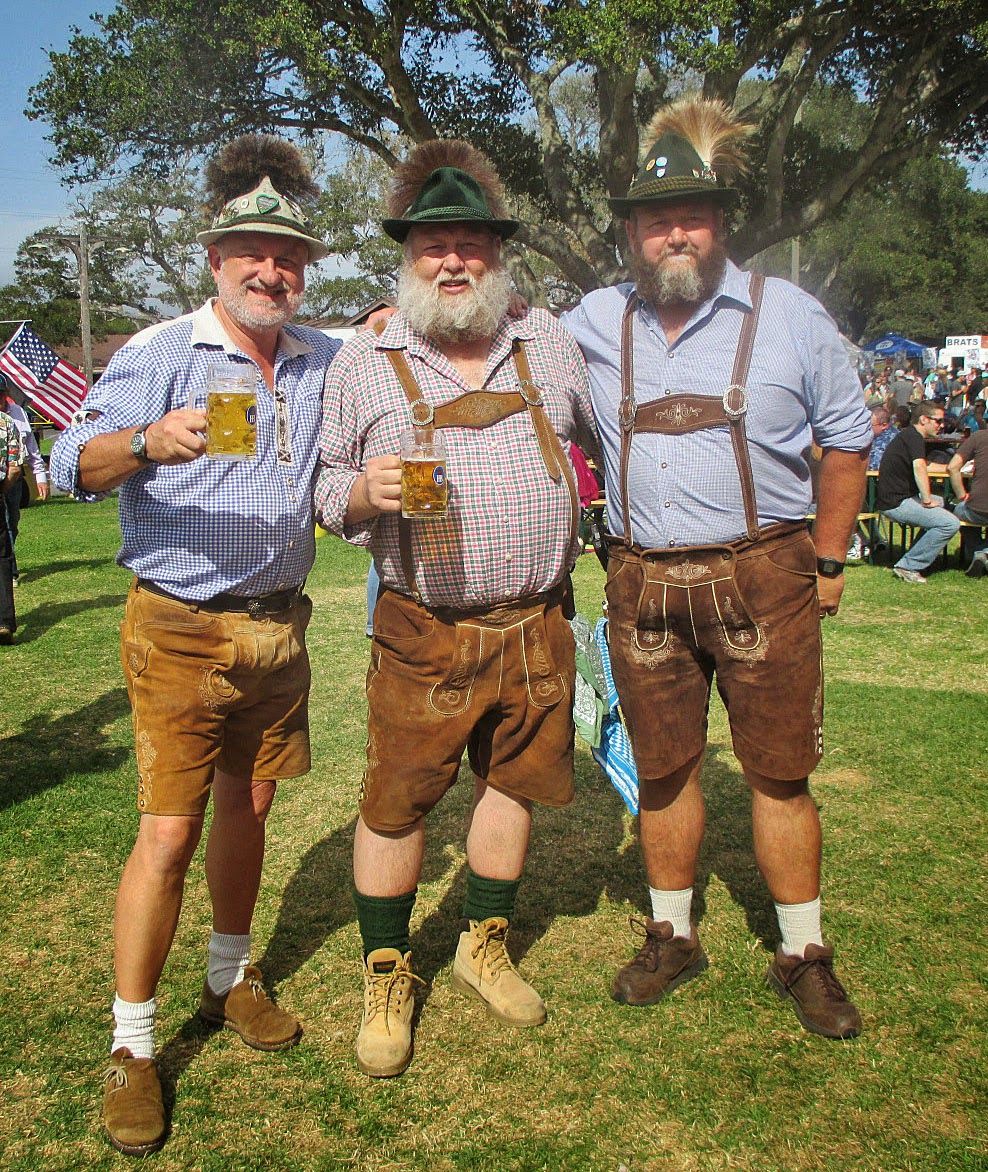