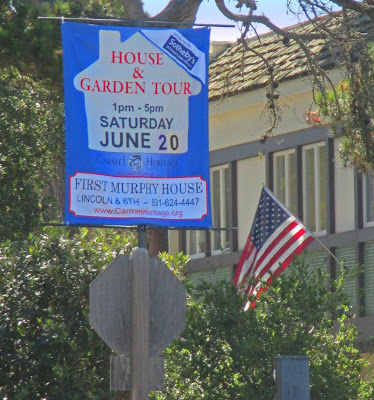 Eight houses were on this years House and Garden Tour. Our first house is home to the Carmel Heritage Society, The First Murphy House was built in 1902 by 17 year old Michael J. Murphy. 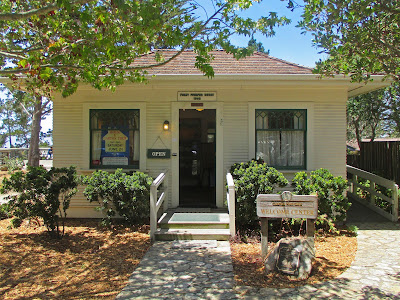 In 1900 Emma Murphy brought her 15 year old son and 10 year old daughter to Carmel-by-the-Sea.  Emma had read about this new village and believed her son Michael, a trained carpenter, would easily find work.  By 1902 he was working for Frank Devendorf building homes in Carmel and became the chief builder for the Carmel Development Company in 1904.

Over 300 buildings are attributed to Michael J. Murphy, The First Murphy House being his first.  Built for his mother and sister, The First House was moved through the streets of Carmel-by-the-Sea two times and finally settled in its current location on Lincoln where in 1992 the house was completely restored by Congleton Architect AIA. 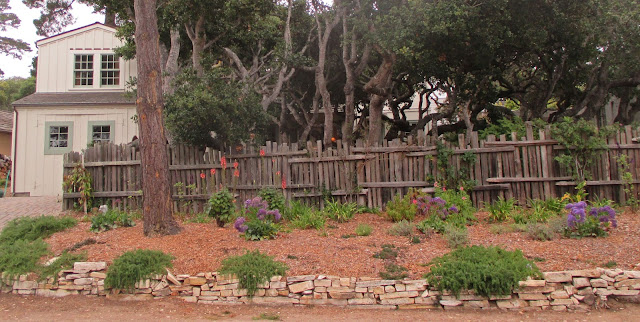 The Belle House sits back on a lot sheltered by the 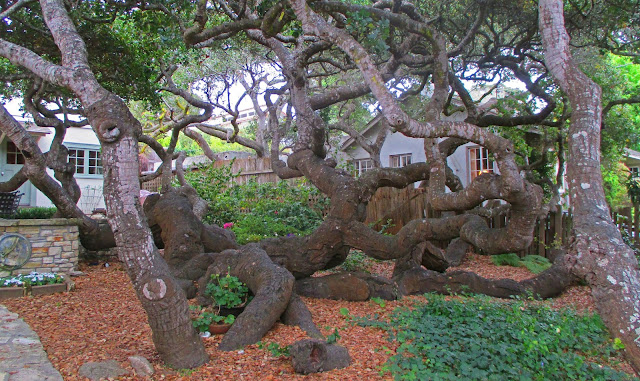 rambling limbs of 23 oak trees that are almost 100 years old. 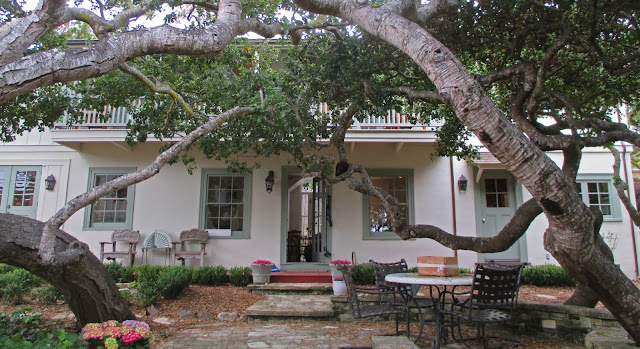 This Monterey Colonial style home with cantilevered balcony over the front entrance had remained little altered until the current owners lovingly restored the home - carefully adhering to its historical roots. 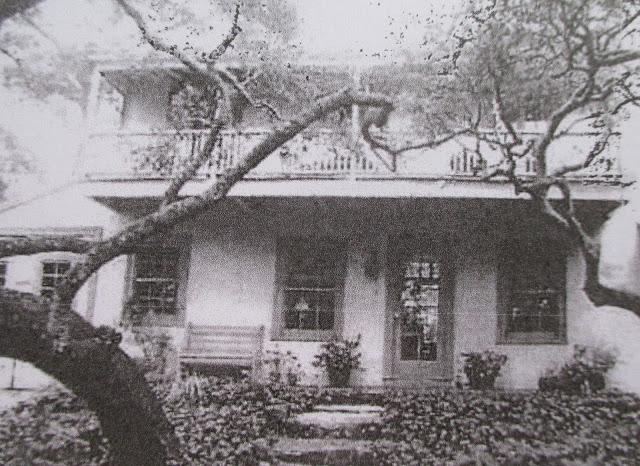 The garage lean-to (which can be seen on the left side of the picture above taken in 2001) was added in 1930.  Today this is a galley-style kitchen 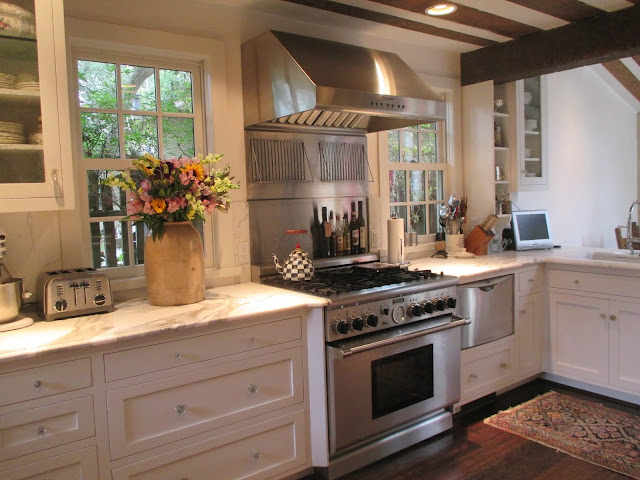 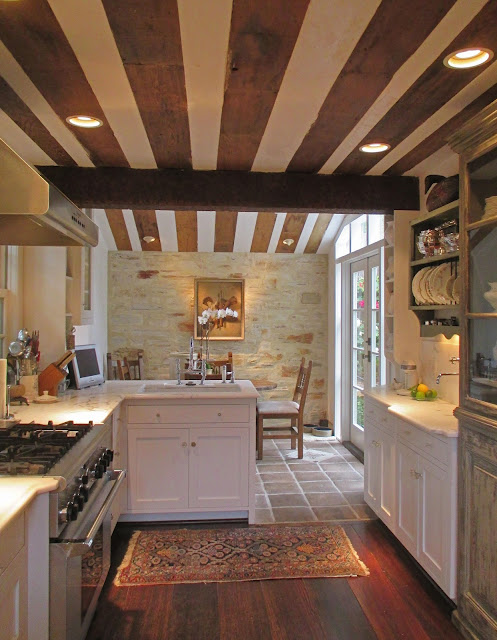 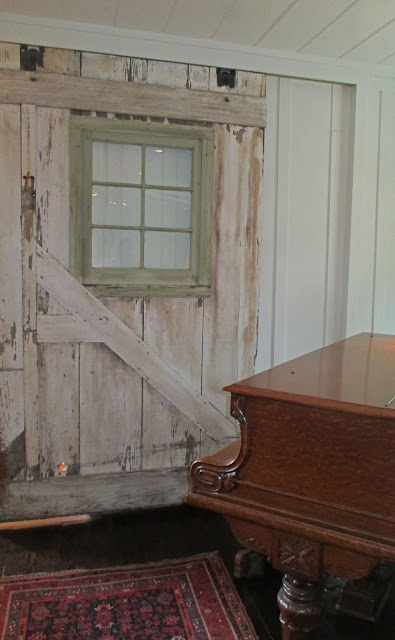 separating the living/dining area from the kitchen. 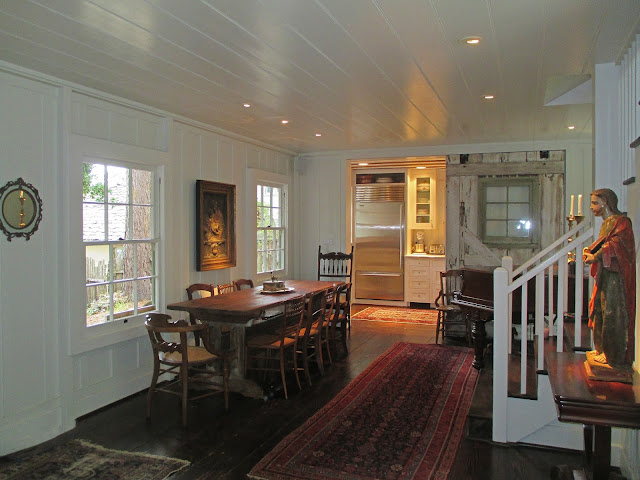 A cozy conversational area with fireplace 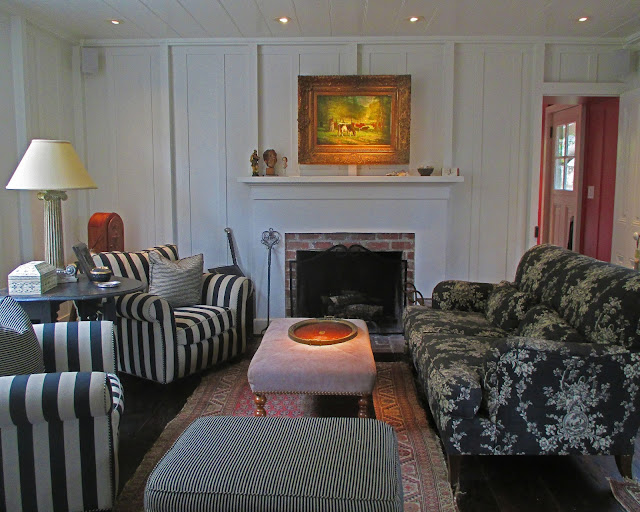 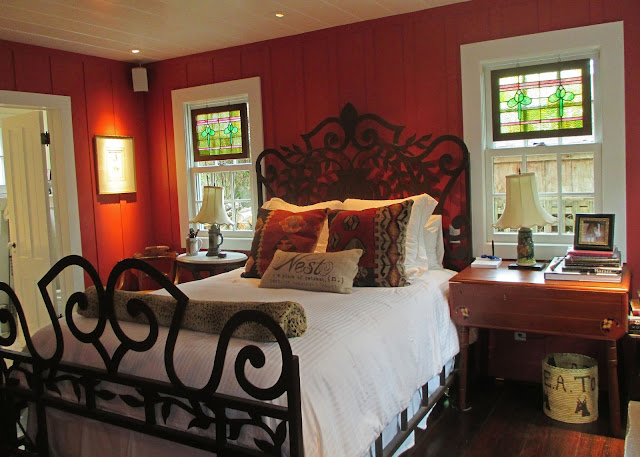 From the outside, the foot print of the old lean-to garage has received a restoration/addition 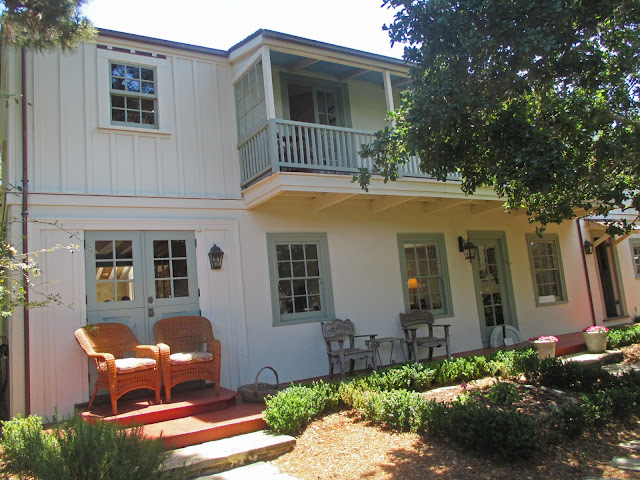 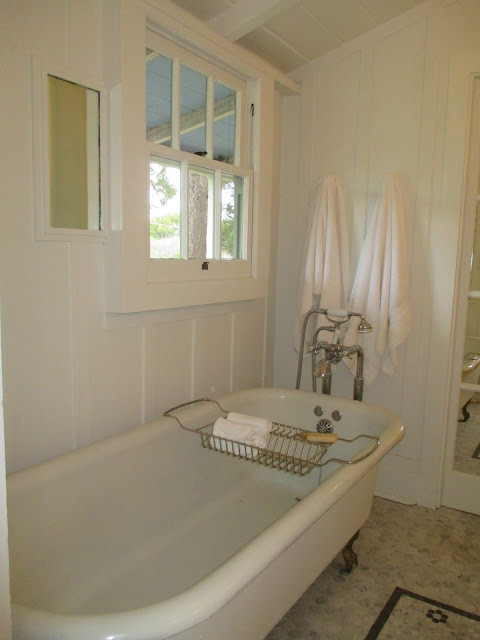 while antique furniture and statuary 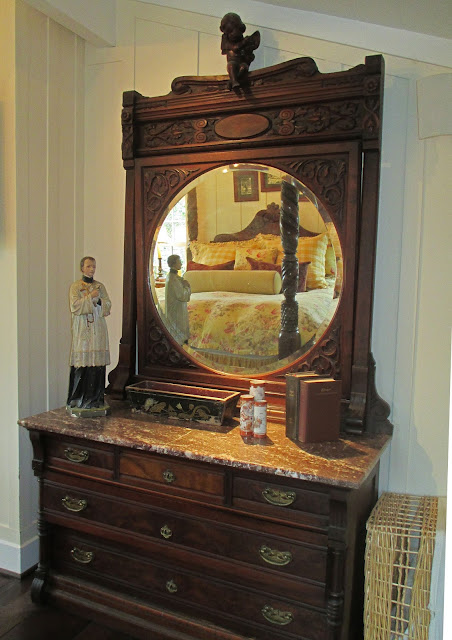 whisper peace and comfort in the master suite. 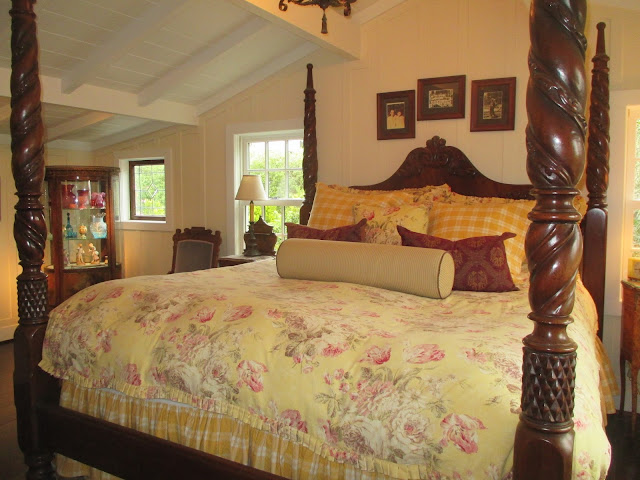 Just outside the gate to Belle House it is time to head north on Ocean Avenue and south on Dolores to Stonehaven. 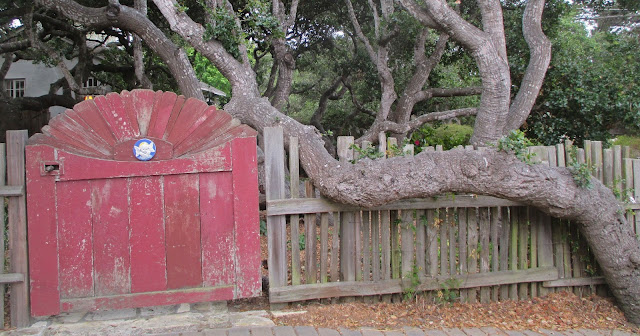 Next up, part 2 - Stonehaven, Pope House, and Banyon Hideaway

Highlights of the eight homes of the 2015 House and Garden Tour can be viewed in the following video.

Google map of location of houses may be viewed here.