Carmel Heritage Society
"It's Ours to Protect"

The Valentine’s, a charming elderly couple, have been sitting on the bench just north of the recently renovated First Murphy Park since 1994. Oh the stories they tell about their years as Carmelites. Make sure to say hello as you pass by on your way to 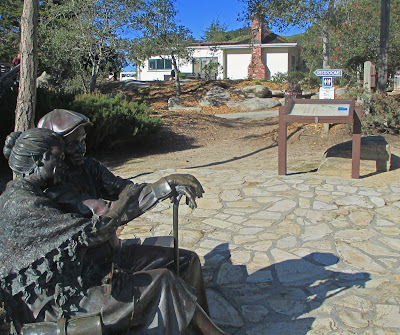 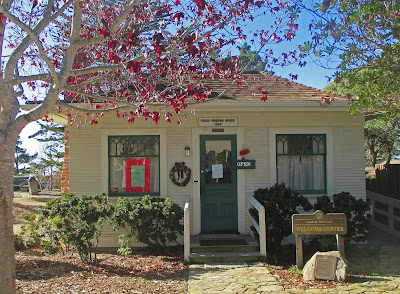 First Murphy House, home to the Carmel Heritage Society, was built in 1902 by Carmel masterbuilder, Michael J. Murphy. The house is currently decorated for the holidays. 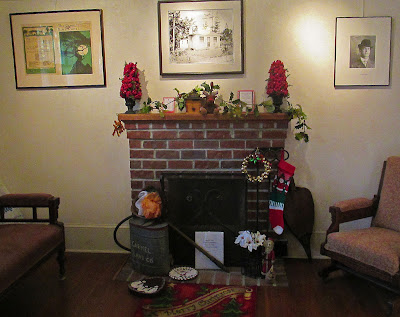 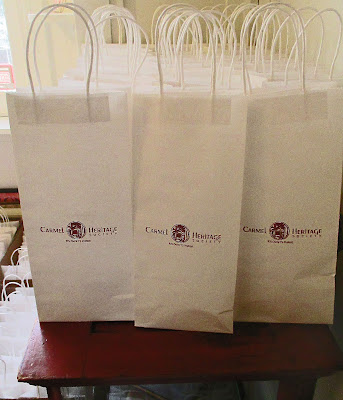 because when it reopens next February it will look quite a bit different, as an exciting new exhibit is planned for First Murphy House for Carmel’s Centennial.

This year’s Inns of Distinction highlights eight of Carmel’s finest inns and hotels.  Each festively decorated inn featured a local restaurant for light bites and a local winery for wine tasting.  For the $30 price tag, it is one of the best deals in town.  (I always come home with coupons for restaurants and wine rooms that exceed the price of my ticket!)  And word has definitely gotten out – ticket sales were the highest to date for this event! So come along while I give the history of each inn and describe in words and pictures the 17th Annual Carmel Heritage Society Inns of Distinction. 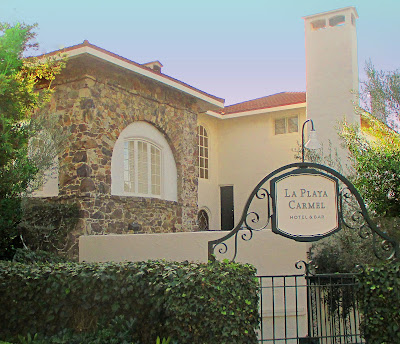 Known as the Grand Dame of Carmel hotels, the La Playa Carmel has long time ties to some famous Carmelites. 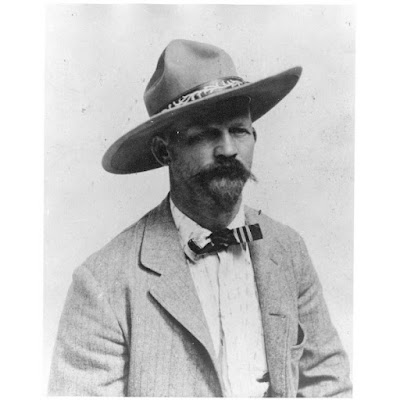 Christian Jorgensen a native of Oslo, Norway, was born in 1860.  At the age of 14, he came to San Francisco and was “discovered” by artist Virgil Williams as he sketched a San Francisco cityscape.

Jorgensen, the first person to receive a scholarship to the California School of Fine Arts, would become an art instructor at the school after his graduation.  It was in one of his classes that he met his future wife, Angela (chocolate heiress) Ghirardelli.  After they married in 1883 they spend years traveling the roads of California.  A fascination with the California Missions would entice Christian to capture all 21 of the missions on canvas.

The Jorgensen’s came to Carmel-by-the-Sea in 1905.  It took them two years to build their home/studio on the southwest corner of Camino Real and Eighth Avenue. The picture below shows the house c. 1907.

In 1909, Alida Ghirardelli, daughter of Angela’s favorite brother, drowned in Carmel Bay.  (Others have reported that it was Angela who drowned, but it was not, as Angela outlived her husband Christopher by six months dying in January of 1936.) 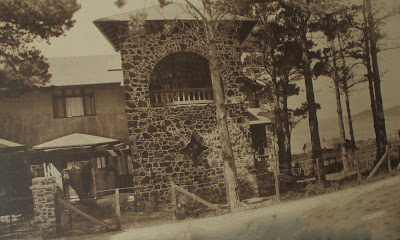 In 1911, the Jorgensen family leased some of the rooms of their home to Agnes Signor, manager of the Carmel Bathhouse, for use as a boarding house. Shortly thereafter, Signor purchased the Jorgensen home and with the help of her nephews, Harrison and Frederick Godwin, set about to make this property into a fashionable hotel.  The La Playa Hotel opened in 1920.

After their aunt’s death, the Godwin brothers became the owners of the La Playa Hotel.  They spent $34,500 in restoration after a devastating fire destroyed most of the property in December of 1924. 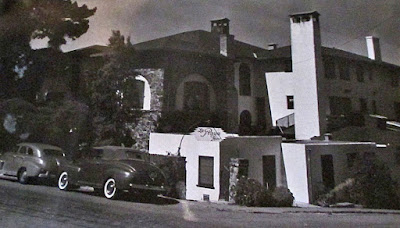 The La Playa was one of several hotels favored by Apple founder Steve Jobs for offsite meetings. Jobs booked the hotel for a team retreat in January of 1983. It is said that a prototype of the Macintosh computer was unveiled during this retreat and christened with a bottle of La Playa water. It was also during this retreat that a few other Apple secrets were revealed.

During the retreat members of the Apple team decided to celebrate the Macintosh prototype by skinny-dipping in the La Playa pool.  For this transgression, further Apple retreats were banned from the La Playa forever! Almost.

In 2011 the La Playa was purchased by Grossman Company Properties and Classic Hotels and Resorts and renovated at the cost of $3.5 million.  The La Playa Carmel reopened in August 2012. In 2013, the ban was lifted and Apple welcomed back. 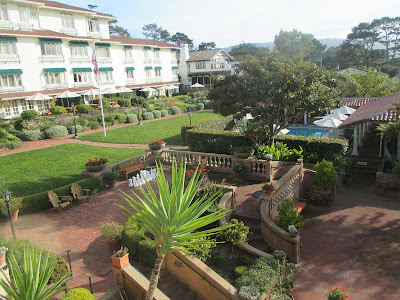 On the day of the Inns of Distinction Tour, I pass the quatrefoil stained glass window designed by Jorgensen to imitate the window at Carmel Mission, 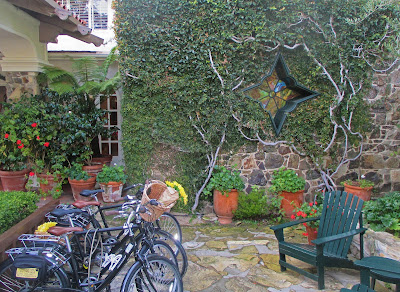 walk through the entry, 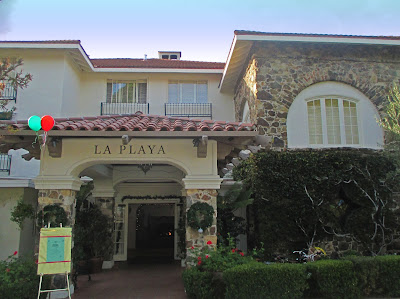 to the front lobby.  I notice the Carmel Centennial Lanterns decorating glass tables throughout the hotel. 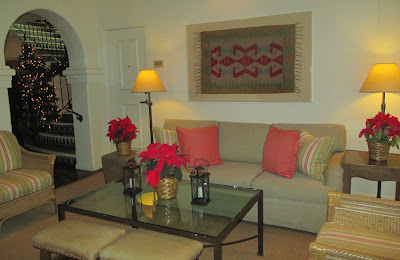 These lanterns, developed and sold by the Carmel Chamber in celebration of Carmel's upcoming Centennial October 16, 2016, are reminiscent of a simpler time - when Carmelites would use tin cans with candles to light their way home at night. 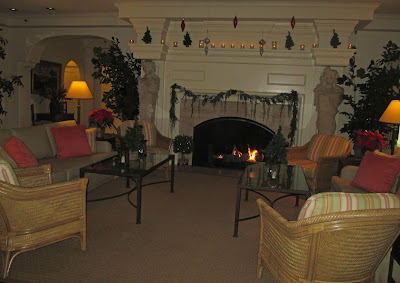 Today we use flashlights.

In the Library, where a Champagne breakfast buffet is served daily to hotel guests, 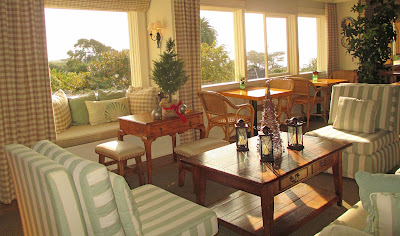 tasty desserts are set out for the Inns Tour. 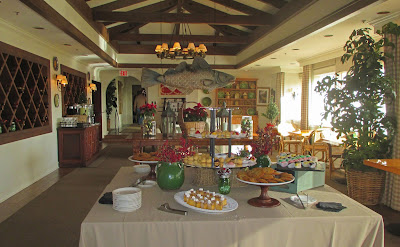 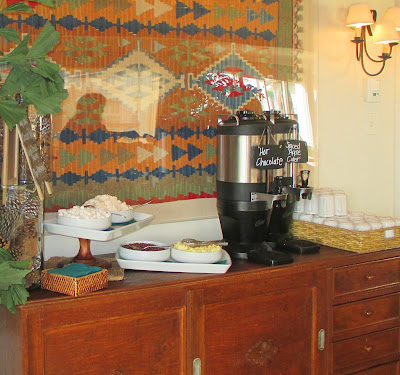 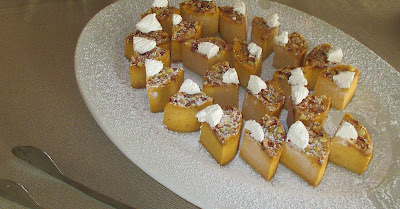 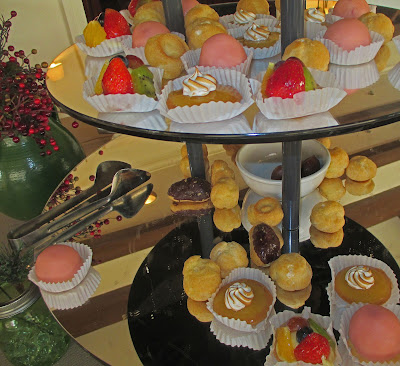 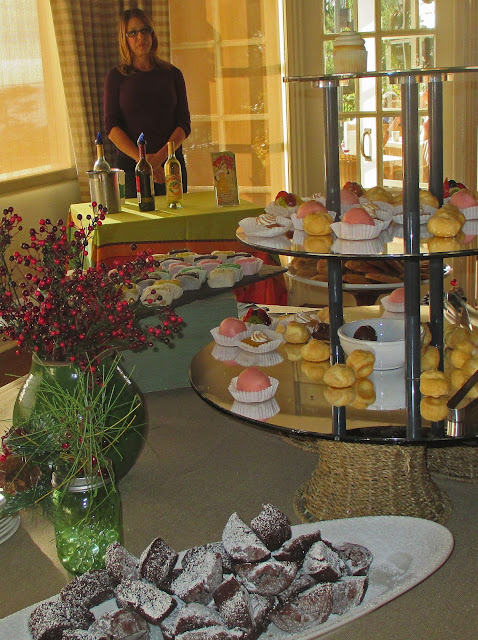 poured a 2013 Night Owl Red, a blend of Grenache, Syrah, and Mourvedre and a 2014 Windy Oaks Pinot Gris from Meador Vineyard in Monterey, County. 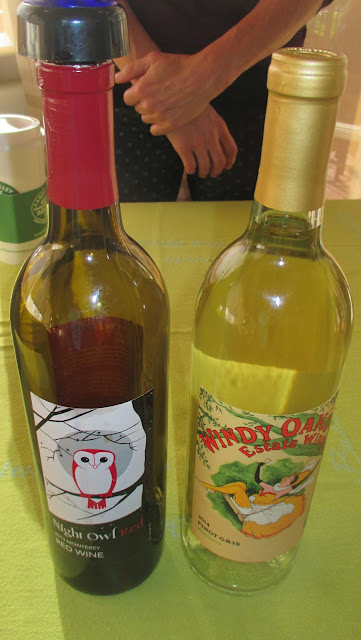 Time to enjoy these treats on the Pacific Terrace overlooking Carmel Bay. 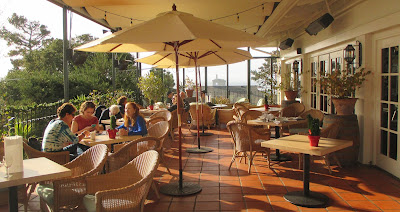 My favorite spot by the fire pit is already taken.

Two rooms have been graciously opened for Inns of Distinction tour ticket holders to view at La Playa Carmel.  When I say graciously, I mean it.  Each inn on this tour sets aside rooms that they could otherwise sell for lodging on the day of the tour.  This tour is from 2pm to 5pm so it is possible that rooms might still be rented out for the night. But doing so would require a lot of extra work by the hotel staff. Carmel Heritage is very thankful to all the inns that set aside their rooms and time to make this tour possible. 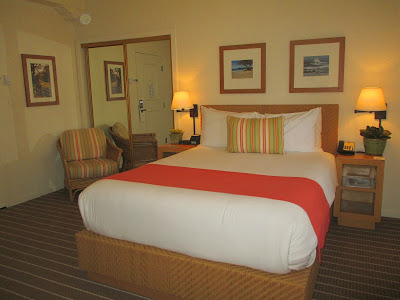 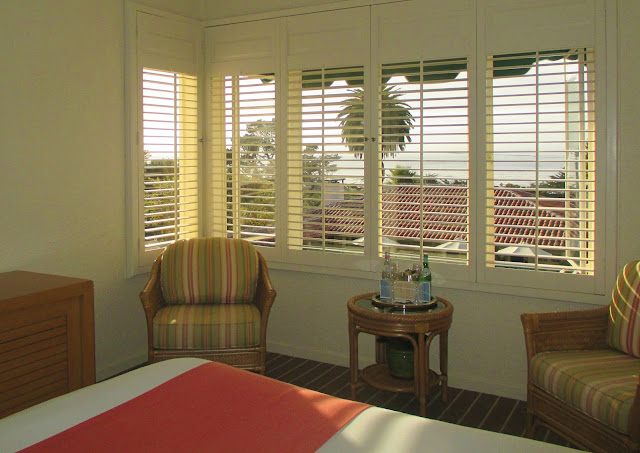 At 2:15pm, the fog is already rolling in - pressing my camera in between the blinds, my shot just misses the  dolphins "porpoising" in the waves. You will just have to imagine... 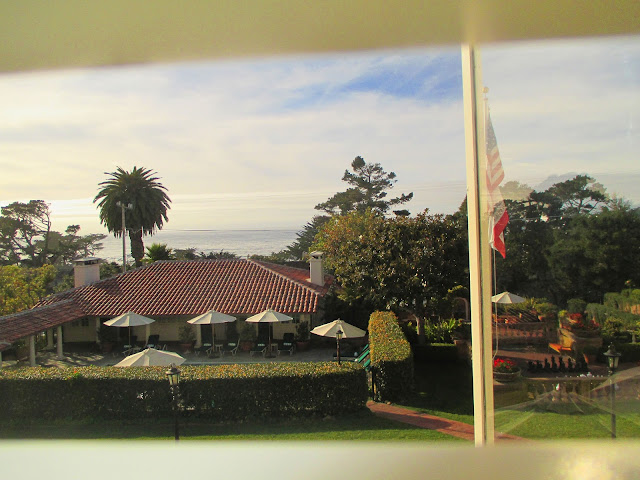 Next up Part 2 and Happy Landing Inn.  For a map of this years tour and the location of all restaurants and wine rooms which provided food and wine for our tour please visit this google map.

Below is a video of all the venues.