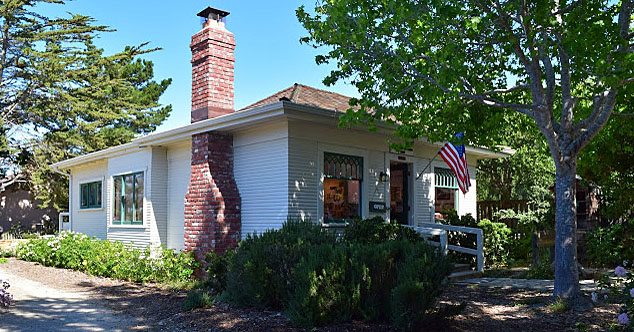 This Saturday, June 25, 2015, from 1 to 5pm Carmel Heritage Society  is once again hosting its annual House and Garden Tour, this year featuring seven really special homes for your viewing pleasure.  Tickets can now be ordered online at www.carmelheritage.org, and can be picked up at First Murphy House starting at 11am the day of the tour.

In the meantime, we thought we'd give a quick preview of this year's featured homes:

First Murphy House, located at Lincoln and Sixth was built by M. J. Murphy in 1902. It has undergone quite a change over the last few months. If you haven't been by lately you won't recognize the inside. 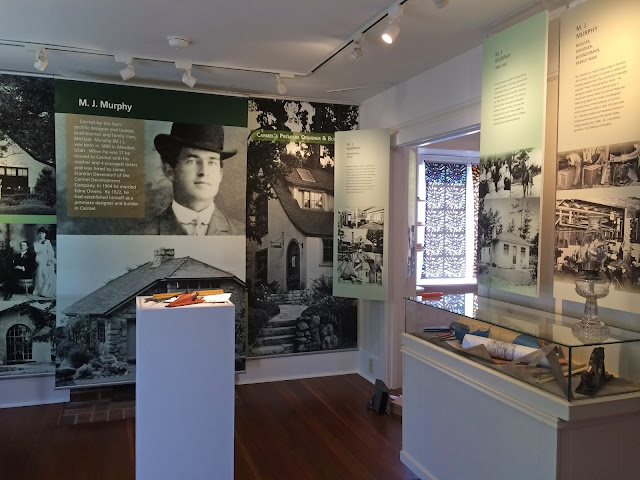 Take some time either before or after the tour to enjoy Carmel Heritage Society's Centennial Exhibit Carmel Then/Now featuring one hundred years of Carmel history in photographs, text, and video. The exhibit is free to the public and open Tuesday through Saturday 12 to 3pm.

After enjoying the tour, return to First Murphy House from 3 to 6pm for a reception featuring light refreshments sponsored by Village Corner and Thomas Bateman Hood Architecture. 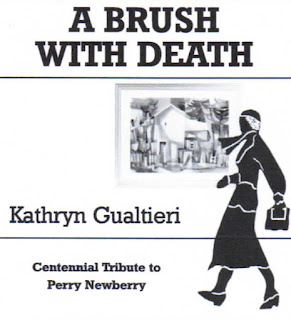 Author Kathryn Gualtieri will be in the garden behind First Murphy House signing her novel A Brush With Death, the latest in her mystery series which highlights the adventures of journalist Nora Finnegan in Carmel during the 1920s. 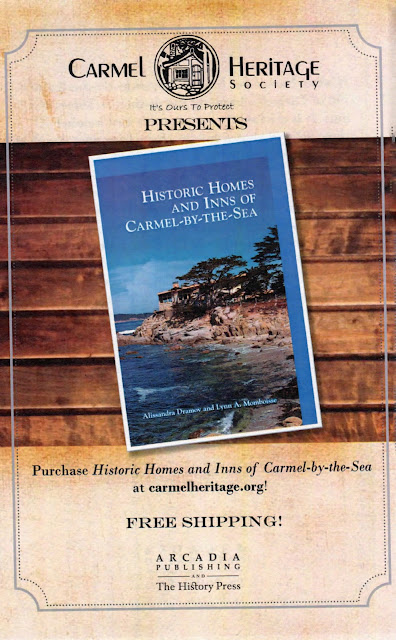 And don't forget to pick up a flyer that entitles you to free shipping (if you order through Carmel Heritage) for the soon to be released book Historic Homes and Inns of Carmel-by-the-Sea, co-authored by Alissandra Dramov and Lynn A. Momboisse. This book features 150 of Carmel's charming and distinctive homes and inns.  It is the first time that such a vast number of these beloved homes and inns have been photographed, mapped and published in a single book.  Pre-orders at www.carmelheritage.org benefit Carmel Heritage Society.

After picking up your tour ticket, enjoy going behind the gates of five other historic homes and one church.

Curtain Calls was built in 1929 by Hugh Comstock, who is known for his storybook-style homes.  It was lovingly restored in 2011.

After touring the main house, wander the grounds and take a look inside Second Act the Carmel Stone guest house completed in 2012.

Villa Scimmia was built by M. J. Murphy in 1926 for $7,100. This home has been beautifully remodeled over the years, all the while keeping intact many of M. J. Murphy's original elements of the California adobe and Spanish Eclectic styles.

Make sure to enjoy the beautiful French doors and windows and the well appointed decorations and fixtures before wandering the expansive terraced garden area. 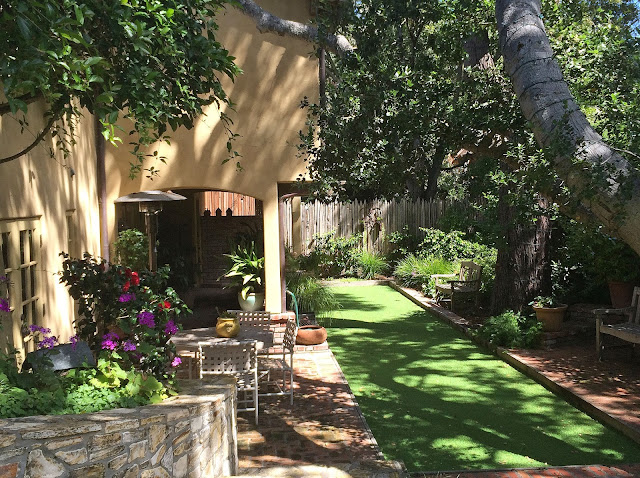 Charles Sumner Greene arrived in Carmel in 1916 with his wife and five children.  He quickly built a board and batten house for his family.  In the 1920's Greene began work on his brick Studio which would sit to the east of the family home on Lincoln, and accessed through the teak wood front door hand carved by Greene himself.


Inside, be sure to notice the imprinted designs in the wall plaster surrounding the windows and archways.  These were created by Greene using a carved mold pressed into the wet plaster.  Pay particular attention to the wood carvings. These too were all hand crafted by Greene.

The Dunes is Carmel's oldest house, built in 1846 by sea captain Matthew M. Murphy (no relation to M. J. Murphy) on the sand dunes just south of Pescadero Canyon.

Between 1904 and 1920 this was the home of Frank and Jane Powers. Frank Powers and James Franklin Devendorf are considered the co-founders of Carmel-by-the-Sea.

This house has been lovingly restored following historical guidelines.  Note the original Dutch door entry with a quatrefoil window.  The inside fireplace, which was originally used for cooking as well as heating, still has the iron cookware attachments on display.  The lumber used on the interior (including the ceiling) is redwood. Note the circular saw marks on the wall wood. 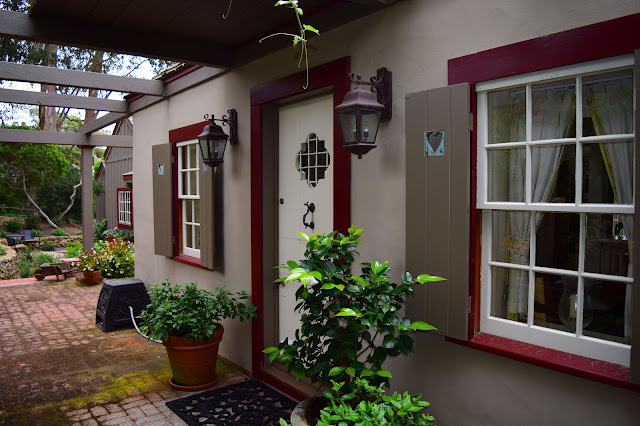 When you are done taking in the interior, walk the expansive grounds with towering 150 year old eucalyptus and imagine what it would have been like to live on this incredible piece of land at the turn of the 20th century.

The First Brick House, located on Monte Verde between 5th and 6th, was built in Carmel City by Benjamin Turner in 1898.  Mr. Turner is considered the first brick mason of Carmel, having also been responsible for the stonework on the Christian Jorgensen Tower (La Playa Carmel) and the Highlands Inn.

Mrs. Clinton Walker's Cabin on the Rocks at Scenic and Martin Way is open thanks to the Henderson Family who graciously allows this jewel of Carmel-by-the-Sea to be on the Carmel Heritage Tour once again. I have toured the Frank Lloyd Wright house countless times and it never grows old.

Church of the Wayfarer

James Franklin Devendorf donated land in 1904 to the First Methodist Episcopal Church.  After the original wooden building was found to be too small for the congregation, the first expansion of the church was completed in 1926.  A completely new building was built by Carmel architect Robert Stanton (husband of the first president of Carmel Heritage Society, Virginia Stanton) and now known as the Church of the Wayfarer Carmel's first Protestant Church came to be. 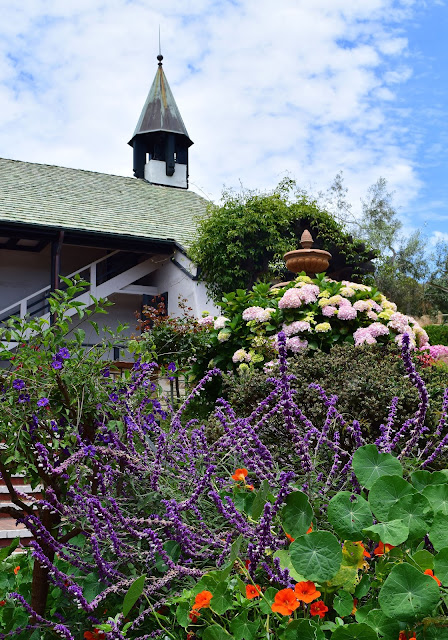 Take time to wander their lovely garden featuring plants that are mentioned in the Bible, then tour the interior of the sanctuary to view the incredible stained glass windows and 18th century wood wainscoting. 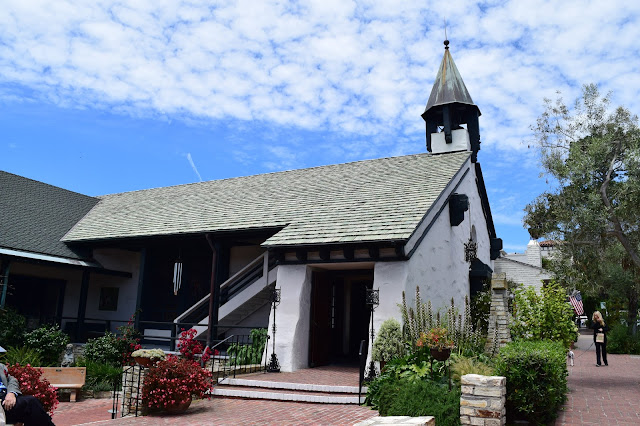 Carmel Heritage Society's DVD on Carmel, Don't Pave Main Street, narrated by former Mayor Clint Eastwood, will be playing at the Church of the Wayfarer.  If you enjoy it, it's available for purchase either online at www.carmelheritage.org or in person at First Murphy House during open hours, Tuesday through Saturday 12 to 3pm.

Hope to see you all at this year's Tour. 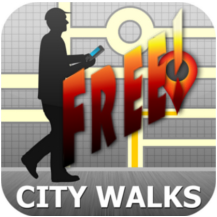 __
Pictures and video by LA Momboisse