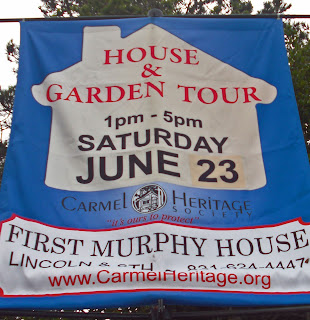 Michael J. Murphy
Prolific Designer and Builder
One of twelve children, Michael J. Murphy was born in 1884 to Michael and Emma.  He grew up on the family cattle and horse ranch in Utah until his father’s untimely death in a horse accident in 1893. The ranch became too much for Emma and her five unmarried children, so they moved to Los Angeles.  Here Michael learned the trade of carpentry.  Emma had read about a small settlement starting up near Monterey, called Carmel-by-the-Sea.  In 1900 she took Michael and her ten year old daughter Myrtle to Monterey by train and then over the hill to Carmel by stagecoach.


Having been trained as a carpenter, Michael immediately went to work for Franklin Devendorf who had purchased much of the land in Carmel and was subdividing and selling parcels.  Devendorf needed homes to be built for these lots, he chose Murphy to build many of them.

Murphy using his own designs and doing most of the building himself, constructed quality homes.  As his reputation grew, more and more people wanted Murphy homes.  In 1914 he opened his own contracting business and lumber and building supply store.


Over 300 buildings are attributed to Michael J. Murphy, most notably The Highlands Inn, the Carmel Art Association, The Holiday House, the Harrison Memorial Library, The Pine Inn, 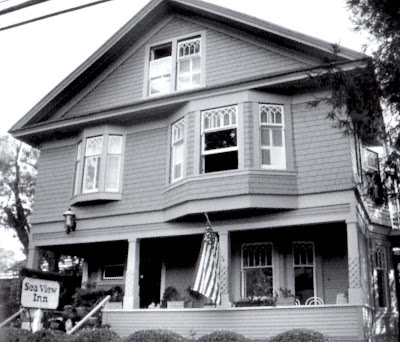 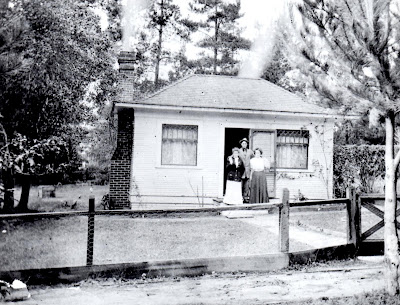 and Bowhay House (the last two homes we will see on the House and Garden Tour).  He also worked with Robinson Jeffers on the Tor House.  It is estimated that about 80% of the homes in Carmel were designed or constructed by Mr. Murphy by the 1930’s.


Mr. Murphy retired in 1941 turning his business over to his son Frank.  M. J. Murphy, Inc is now operated by his two grandsons out of Carmel Valley.
The First Murphy House
Block 54/Lincoln & 6th 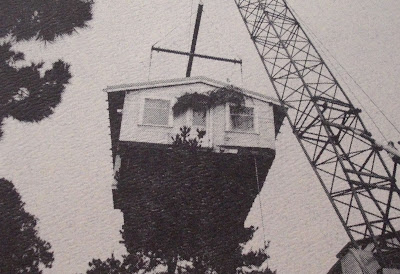 The Murphy House was the first home constructed by Michael J. Murphy. He built this when he was 17 years old, in 1902, for his mother and sister. 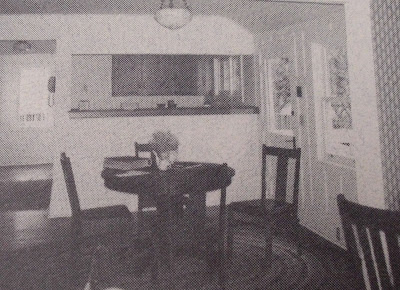 Mr. Murphy was not a proponent of any particular style, but his earlier homes were a mixture of Late Victorian (Queen Anne bay windows) and Craftsman Bungalow (horizontal, prairie layout) style. 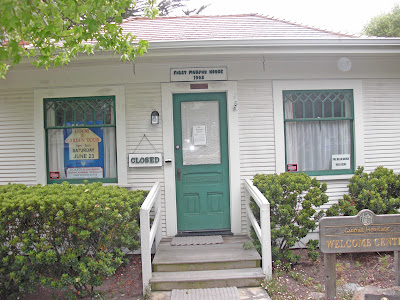 His first home was an 820 square foot cottage.  Over the years it was remodeled, moved, and ended up in the middle of the commercial district on Mission between Fifth and Sixth used as a storage unit.

In 1990 the cottage was purchased by


developers who had planned on tearing it down. 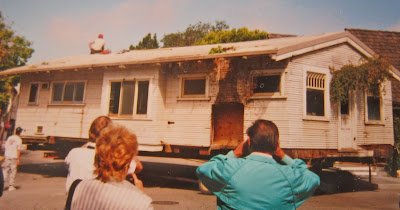 The citizens of Carmel formed
the First Murphy Foundation
in order to save the cottage from demolition. 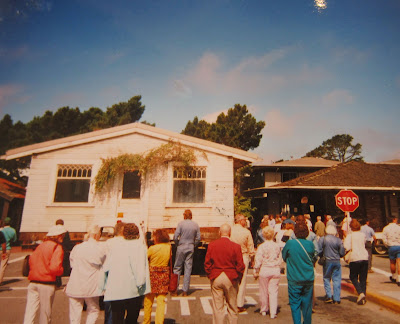 The foundation raised $16,000, had the house moved to its current location on Lincoln and Sixth and declared the building historical.
The Bowhay House
Block FF/ Lot 20, 22
Camino Real Between 4th and Ocean Avenue

Originally owned by Prof. Karl Rendtorff a professor of Germanic language at Stanford University, and his wife Emma. This property was purchased in 1913 for $130.

Michael J. Murphy, having established himself as a master-builder, was retained by Prof. Rendtorff to build his summer home.

In the early years of the 19th century, the first two blocks of Camino Real off Ocean Avenue were once known as "Professors Row."  There were no trees below Camino Real in the early days of Carmel, so these houses had uninterrupted views of Carmel Bay and beyond.  Most of the professors along the row were from Stanford University.  The Rendtorff/Bowhay residence is one of the few remaining "Professors Row" homes.  Currently this 3 bedroom, 2 full and 1 1/2 bathroom, 2371 square foot home is for sale for $2,375,000. 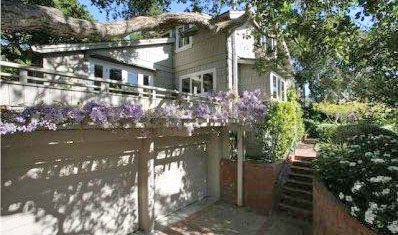 Mr. Murphy originally built this home around 1915 for the Rendtorrf's.  It is considered a Craftsman style home, but it has been updated over the years.  The garage shown above was an addition.
This is a one-and-one-half story wood framed Craftsman with wood single and horizontal shiplap wood siding as the exterior wall cladding. 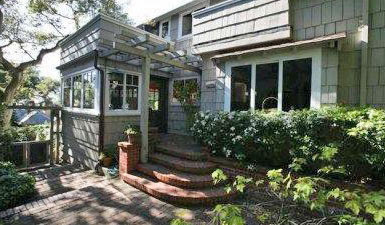 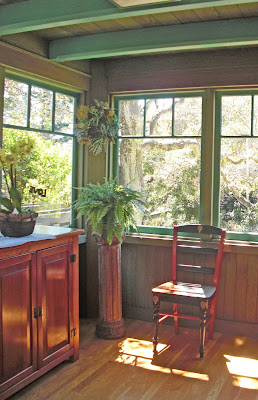 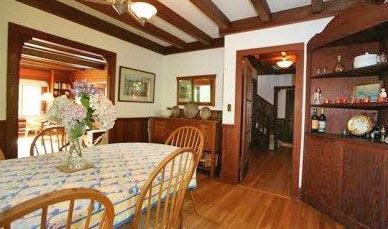 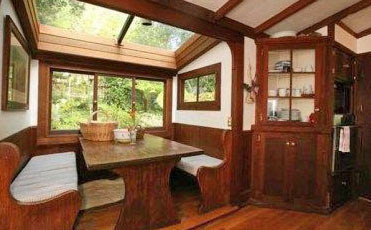 Gertrude, daughter of Prof. Karl and Mrs. Rendtorff lived in the family home after the passing of her parents. 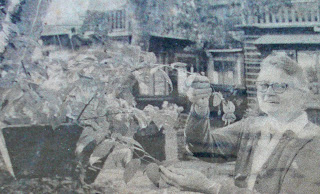 She became Dean of Girls at the Monterey High School and was voted, Woman of the Year by the peninsula Quota Club in 1965.  She loved to entertain in the gardens (current jungle) of the Rendtorff home, 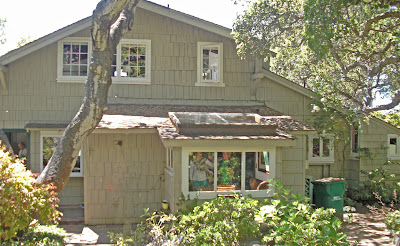 off the back patio. 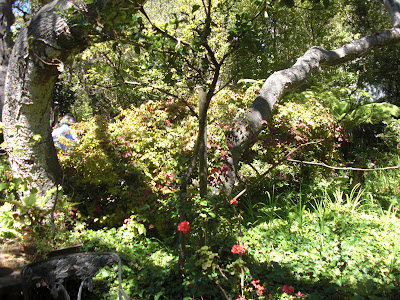 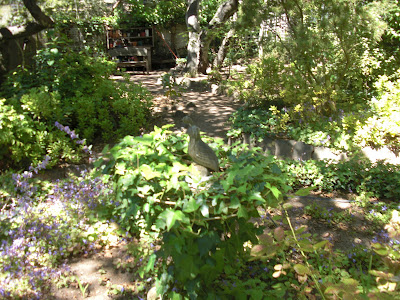 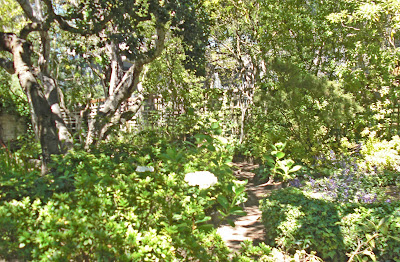 Next up, Frank Lloyd Wright House
on Carmel Point, a Little House in the forest,
and a Cornerstone cottage.

All other photography by L. A. Momboisse