The California Mission Ride
On August 18, 2012 five riders and their entourage set out from Sonoma on the first leg of a two stage, 600 mile horseback trip that will connect all 21 California missions, plus San Antonio de Pala a sub-mission. 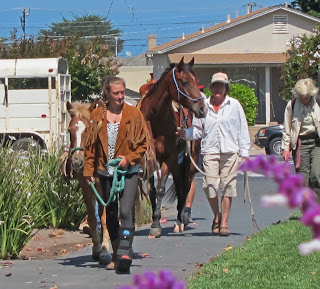 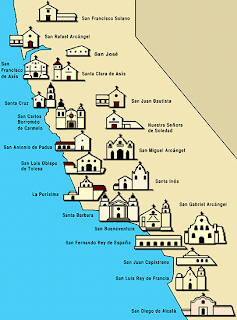 The second stage, or South Ride is planned for mid-August 2013.  This will continue from Mission San Miguel Arcángel to their final destination of San Diego de Alcala.
Educational activities are planned for the riders and local community at each mission stop.  These events include archeological explorations, performances, lectures, exhibits, fiestas, and story-telling around the campfire with marshmallows and s'mores. 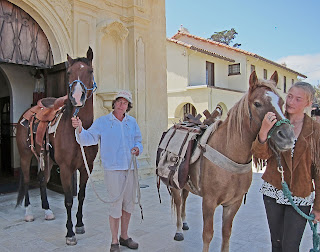 The five riders include a filmmaker (Gwyneth Horder-Payton), a writer, a high school student (Gwyneth’s 16 year old daughter Daisy), a stuntman and a wrangler.  They are joined by a crew of a seven who will assist, manage, promote and document the trip.

This is a unique historic journey with a purpose.  To conduct a modern day expedition of California on horseback by tracing the mission trail, explore the influence of the missions on the past and the future, and delve into the history of the Indians from mission days to the present.

The crew will document their trip with the ultimate goal of producing a documentary to enhance the study of California history for fourth grade students.

The California Mission Ride endorses the goals of The California Missions Foundation, which was established in 1998 to preserve and protect the missions of California.  As the Foundation notes, it is "the only organization dedicated to the long-term preservation and restoration needs of all California missions and their associated historic and cultural resources for public benefit."

On September 7, 2012 the riders participating in The California Mission Ride road along Del Monte Beach in Monterey on their way to Mission Carmel, San Carlos Borroméo de Carmelo their eighth mission stop of the North leg of their 600 mile journey. 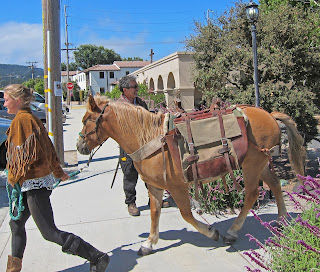 The following day Gwyneth and her daughter Daisy, along with their horses Tahoe and Trigger joined approximately 30 of us outside The Royal Presidio Chapel San Carlos Cathedral in Monterey. 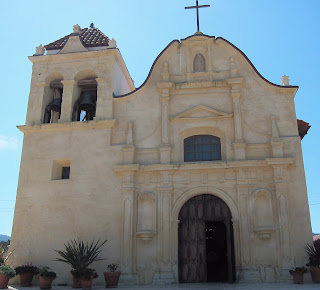 We arrived just as the procession of Santa Rosalia
left the Cathedral on its way to Fisherman’s Wharf
to bless the fishing fleet. 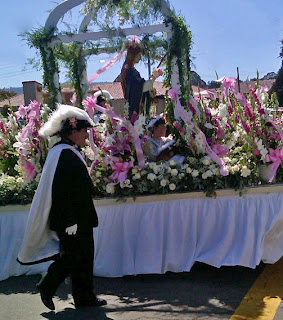 Father Patrick, who stayed behind,
greeted us and gave a blessing
over Gwyneth, Daisy, Tahoe and Trigger. 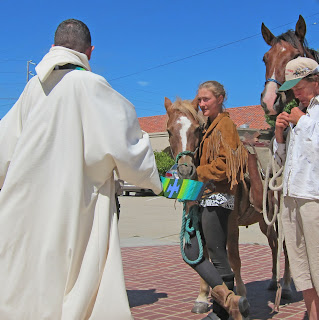 Tahoe is a majestic Arabian Mustang 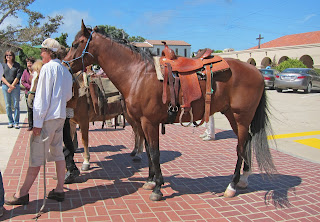 and Trigger a Haflinger pony.
The pair are reminiscent of the rides
of don Quixote and Sancho. 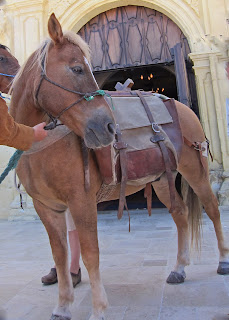 Gwyneth described Tahoe as
“quite obedient, Trigger, not so much.”
But look at that face! 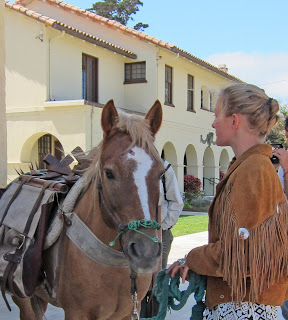 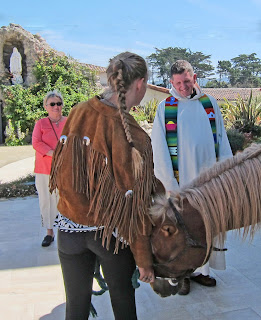 Daisy who broke her ankle shortly before the ride commenced and was in a boot cast, described Trigger as “quite fat and a little small for me but the only horse that I can trust on such a sketchy ride. This ride will be great for him because he needs to lose weight and he will love the adventure.”

Daisy and Trigger shared many nuzzles and were obviously very simpatico. I didn't think he was fat. 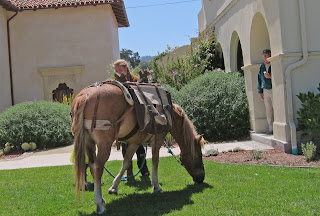 After Tahoe and Trigger feasted on the Cathedral lawn (a turf banquet they were kick out of my alma mater SCU for a few days earlier) we were joined by Dr. Ruben Mendoza, who led the archaeological research team during the conservation and restoration of the Royal Presidio Chapel between 2007-2008.  His team discovered the original Serra Chapels of 1770 and 1772. 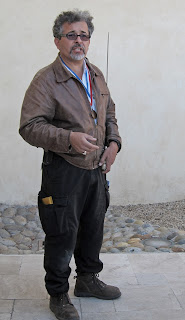 He is also a founding faculty member
of the California State University, Monterey Bay. 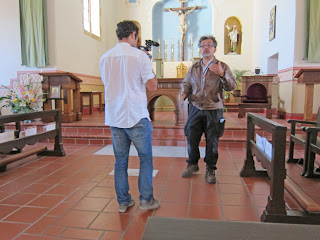 Dr. Ruben Mendoza conducted a fascinating 90 minute tour of the grounds and interior of the Royal Presidio Chapel and the Heritage  Museum, home to numerous artifacts from early mission days, discovered during the restoration in 2007. 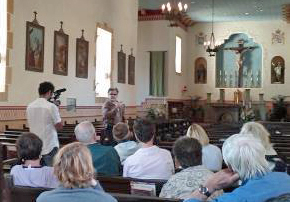